Cannabusiness And Cash - We're Still At The Whims Of The Feds

Do you have those situations in your life that just shimmer with a "Groundhog Day" vibration? Maybe it's a friend who comes to all your get-togethers, brings crappy beer and pounds as many tasty brews in as short a time as possible; a relative who serves the same terrible 1970s casserole when you arrive for your twice-yearly mandatory visits; a spouse who can't understand that you don't want to watch "The Voice" auditions again this season because ... What in the world ever happens to the goddamn contestants from that show, anyway? It's like NBC's own little black hole; yeah, some of them are talented, but we're never going to hear from them again — hasn't that been established in your mind yet?!?!?

Maybe that last one is just me.

The latest episode of "This Also Makes Zero Sense" involves the brackish waters where weed money meets the banking system. It's a familiar mantra to anyone familiar with the history of the medical marijuana programs, which have grown nationwide over the past two decades to include about half the states in the Union. States have the right to run their programs but if the Justice Department decides that its interests supersede those of the states, well, get ready for a mess. With the addition of a burgeoning recreational weed program in Colorado that took in nearly a billion dollars in revenue last year, the mess comes, strangely enough, in the form of cold, hard cash.

Why am I talking about duffel bags full of cash when weed is perfectly legal to adults over the age of 21 in Colorado?

It's legal to consume (with a few restrictions); it's legal to sell; but what is not allowed is for a cannabis business owner to take the money made at their state-sanctioned business and to deposit that cash into a federally regulated bank. Having too much cash is not what most would consider a "problem," but there have been security challenges and robberies of cannabis facilities statewide, including a case last year in Durango that included a theft at gunpoint.

There are also issues with using credit cards. As these pieces of plastic that dominate the lives of most folks under retirement age are also regulated by the feds, their use in marijuana exchanges is banned by federal statute (a situation for which there are workarounds being used by some cannabis retail outlets in Durango or across the state); while nobody in law enforcement is working overtime to jam up legitimate business owners, this is another situation created by the federal government that makes the cannabis business more complicated than it needs to be.

Safety, convenience, utter lack of common sense: Add each of these to the list of negatives associated with the federal government's continued prohibition of cannabis. Next week, we'll take a look at the specific laws which govern cash and cannabis and the efforts that have been made by business owners and bankers in the Centennial State to rectify this issue. 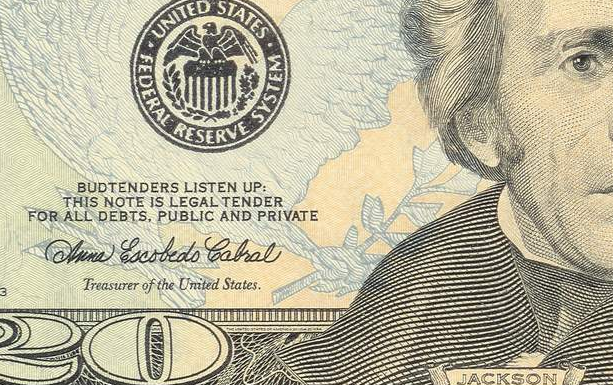