What's up dudes. I made cannabutter and brownies for the first time a couple of days ago, figured I would share it with the public aka cannabis forums. I have some pictures I got with my phone that I can upload later. So here's how it went.

Started by bringing a 1/2 cup of water to a boil in one pan, and melting 2 sticks of UNsalted land-o-lakes butter in another. Once the water reached a boil and the butter was melted, I then lowered the temperature burner with the water pan to LOW and pored the butter into the water and also threw in the weed(A half ounce of heads + stems[Great source of THC]). Once the three ingredients were together in the same pan I stirred the mixture so no bud was stuck to the pan, then I placed the lid on the pan. I stirred the mixture every 15 minutes for 3.5 hours. With only 15 minutes to go I prepared my strainer. A bowl with the top covered with panties(unused obviously) held with an elastic. After the final 15 minutes were up I poured the mixture into the bowl at a slow pace to avoid spilling any of the mixture. Once all the liquid and bud was out of the pan, I carefully pulled off the elastic and squeezed the panties to make sure all butter/water was extracted. I then pored the mixture into a tupperwear container, capped it and put it the freezer. After about 45 minutes the butter and water separated with the butter completely solidified. I drained the water and had two sticks of solid cannabutter.

With cannabutter brownies are very easy to make, simply substitute melted cannabutter for the recommended amount of olive oil. So I cut my chunk of cannabutter in half. I melted half and wrapped the second half in tin foil and put it in the fridge for safe keeping. Once the second half was completely melted I pored it into my brown mix with the appropriate amount of eggs and water. I then stirred, placed evenly in baking pan, placed pan in the oven at stated temperature, baked for stated time, removed pan, let cool, cut with plastic knife, GOT HIGH!

The final product came out great, the brownies are delicious and got me STONED!

Pictures on the way!

Here are a few pictures of I took.

Melting the butter and the bud: 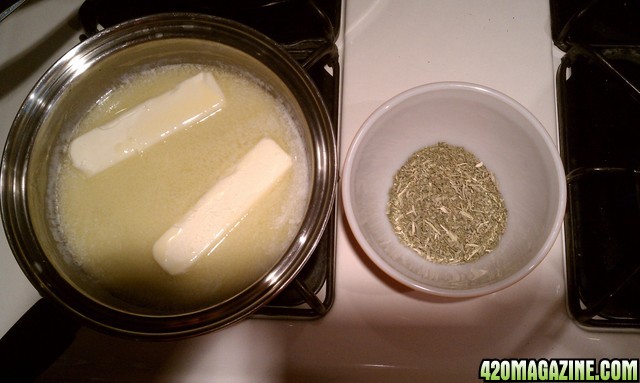 Stirring of the mixture[Butter, water, weed]: 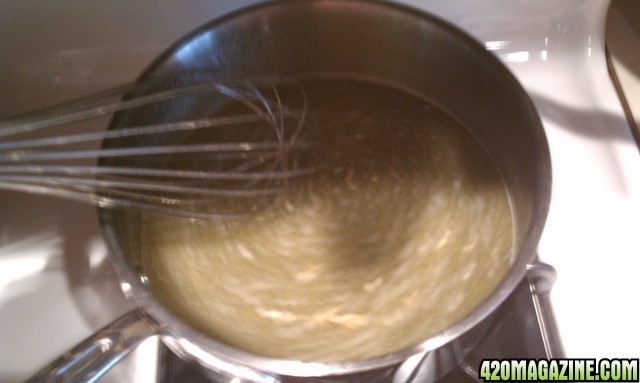 Half of the final butter product: 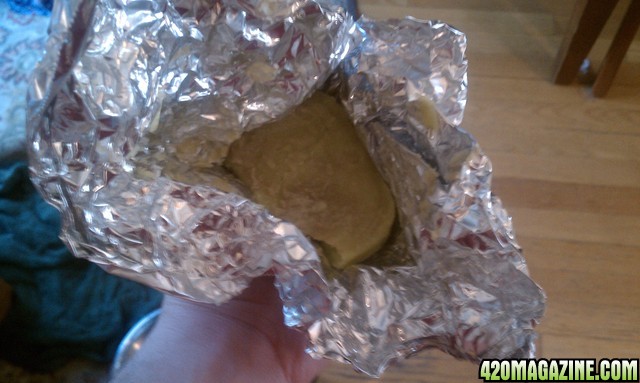 The brownies all packaged up and ready to eat: 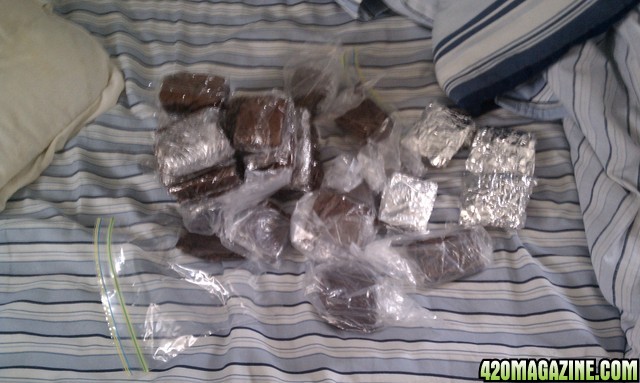 Sorry I didn't take more, I was more focused on making it right than taking a tone of pictures =/ Perhaps next time I can do some sort of picture or maybe even video tutorial.
Last edited by a moderator: Mar 20, 2011

P
Why didn't my brownies work?