The first legal sale of recreational pot in the Roaring Fork Valley may well happen in Carbondale early next year, after the town became the first in the valley to finalize its recreational marijuana rules on Tuesday.

The Carbondale trustees hashed out their recreational pot standards during five long work sessions over the summer, and they finished just in time for an Oct. 1 deadline when the state will begin accepting recreational marijuana business applications and referring them – along with half of a $5,000 licensing fee – to local governments.

"I know that it hasn't always been easy, but I think this board ... should be commended for actually being proactive on this," said Carbondale Mayor Stacey Bernot. "It will be interesting to see how it evolves."

The passage of Amendment 64 by Colorado voters last November legalized the use and sale of pot among adults, and allowed local jurisdictions substantial leeway in regulating the industry.

Carbondale's new rules allow retail pot shops, grow operations, testing facilities and infused-product manufacturers to locate in Carbondale, but they only permit five businesses in each category to open between early next year and July 1, 2015.

Pot businesses will have to be vertically integrated until then, meaning that they'll need to grow at least 70 percent of the cannabis they sell. After that, they could presumably buy all of their product from a wholesale grower.

Existing medical marijuana business owners will get a nine-month head start on Carbondale's recreational pot market, and will be able to operate retail stores under the same roof as their medical businesses as long as they maintain separate records and entryways. New pot businesses will be allowed to apply for licenses starting on July 1, 2014.

Anyone applying for a recreational marijuana license will have to provide the town with a map showing that their proposed location is at least 500 feet from schools, day care centers, or drug and alcohol treatment facilities, and retail shops located on Main Street also are required to be 400 feet from one another. Marijuana testing centers will be exempt from those restrictions.

The signage that pot shops can display will be restricted to one sign per establishment with a maximum size of 6 square feet.

Carbondale has chosen to proceed with its pot rules even as many other Roaring Fork Valley towns – including Snowmass Village, Basalt, Glenwood Springs, New Castle and Silt – have placed temporary moratoriums on new pot business applications that last between a few months and more than a year.

The city of Aspen is expected to finalize its rules by mid-October, and Pitkin County could do so by early next year.

The Carbondale trustees passed their emergency marijuana ordinance by a vote of 5-0 on Tuesday, with trustees John Foulkrod and Elizabeth Murphy absent.

The approval came despite a last-minute spat over whether applicants for pot business licenses should have to live in the Carbondale area and own a certain percentage of their operations.

All of the trustees agreed that requiring some local ownership would keep pot businesses accountable and responsive to the town's concerns, but trustee Pam Zentmeyer argued that the local government should require a 20 percent ownership stake to insure that business owners have real "skin in the game."

"There is a big potential for large outside interests to come in and enter this business," she said. "I don't want to get infiltrated with big money that comes from outside."

If marijuana businesses appoint a "local agent" with even a minimal ownership stake to respond to the town's concerns, he said, that would suffice.

"Having someone that you can haul in here if we have a problem – that's enough," he said.

Most of the trustees ultimately agreed, and the new rules require that each new canna-business have a local agent with some level of ownership in the company, though they don't specify how much.
Tight regulation through oversight, fines and fees

The Carbondale trustees will act as the local licensing authority for new pot businesses in town, and anyone hoping to open a new business will have to endure a public hearing at which neighbors and critics can air their concerns. Renewing a recreational license also will require a public hearing.

There are penalties, too: Business owners who break the rules will be subject to a $1,000 fine for each violation.

Revenue from licenses and penalties will help Carbondale fund its administration and oversight of the recreational pot industry, but the town may have additional cash for those purposes as well.

This fall, Carbondale officials will turn their attention to updating the town's zoning and criminal codes to reflect the new marijuana rules. The trustees also could be asked to weigh in on what exactly constitutes "public consumption" of marijuana, which is prohibited by town law but made complicated by the fact that marijuana smoke can drift out from porches, decks and other "private" areas.

"Right now we have an open container law for alcohol," said Carbondale Town Manager Jay Harrington. "I think the idea is to mirror our marijuana code to what we do with alcohol." 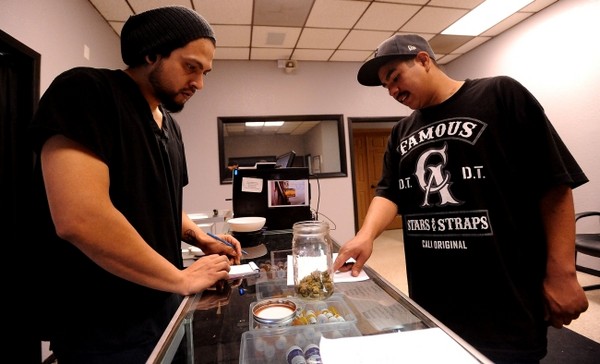