Stockton, California - A second legal medical marijuana dispensary is expected to open in Stockton later this month, well before voters decide in November whether or not they want to increase the maximum number of such facilities to four.

According to city records, a business license is pending for the dispensary, Port City Alternative, which is to open in a large office building at 1550 W. Fremont Street just north of the Interstate 5 overpass.

There's a reason the name may sound familiar. In 2012, the Port City Health & Wellness dispensary operated in the same building, though only for about sixth months. Michael Carlson, a co-owner of the old and new Port City dispensaries, says the previous incarnation closed because the building's owner at the time went bankrupt.

"We are Stockton's original dispensary and we'll be back," Carlson said last week.

City Attorney John Luebberke says that assuming it ultimately opens, the new Port City dispensary will operate under the same permit as the old one. It would double the number of legal dispensaries currently operating within city limits, joining the Stockton Patient Clinic at Eastland Plaza off Wilson Way and Fremont.

The news that a second legal dispensary is coming to Stockton began to waft out during last week's City Council meeting, after City Manager Kurt Wilson alluded to the potential new shop without mentioning it by name.

Medical marijuana was on last week's City Council agenda in the form of a proposal to give voters in November the opportunity to end a moratorium on new dispensaries and increase the number of such legal sales facilities in Stockton to four.

At the end of an hour's discussion, the council voted 4-3 to put all the matters before voters on the November ballot. Opposing votes were cast by Mayor Anthony Silva, Vice Mayor Christina Fugazi and Councilman Elbert Holman.

The decision capped months of discussion of a possible medical marijuana measure making its way onto the ballot.

In an ironic twist, proponents who spent those months collecting thousands of signatures on a petition to put the measure before voters wound up opposed to the version that ultimately was drafted by Luebberke and narrowly approved by the council.

"Our primary goal was to have the community have the benefit of medical cannabis in a safe way, where the product is safe, the community is safe and we're providing for it to be a local product," lead petition consultant Gary Winuk said at one point during the meeting. "Unfortunately we think the current draft does not have that."
Luebberke disputed Winuk's contention, saying the door will remain open to potential local growers and vendors; cannabis will be tested in conformance with state regulations that are still being developed; and the ordinance as drafted would protect the city's ability to collect up to $1 million a year in projected sales-tax revenue.

Councilwoman Susan Lofthus, who at previous meetings had called marijuana a "gateway" and "addictive" drug, voted in favor of the ballot measure.

She opposed Winuk's version, saying it would leave an opening to local individuals who previously have operated now-closed dispensaries in Stockton that were out of compliance with city regulations.

"Our city needs this tax revenue and that is the only reason that I will change my mind," Lofthus said after voting for Luebberke's draft.

Bumping heads on the matter were Silva and his mayoral challenger, Councilman Michael Tubbs. Silva said his vote against the Luebberke version was out of deference to Winuk and the petition's proponents.

"They came to us," Silva said from the dais. "We can't just take what they gave us and say, 'Yeah, we like this, we like that,' and then just try to push it through and expect that's the heart of what they wanted in the first place."

Tubbs said, "I just care about the tax revenue. I don't really care who are the operators as long as they're legal and smart and ethical and do things right."

Fugazi said in an interview that she favors medical marijuana as a means of easing the pain of individuals suffering from a variety of illnesses. She said she voted against the ordinance as it was drafted because she had hoped it would receive additional "tweaking" before the council voted again.

"I want us to have the ability to open the dispensaries, absolutely," Fugazi said. "There are many individuals that have a need for medical cannabis."

The cannabis landscape may shift completely come November, in Stockton and statewide. California voters will decide this fall whether to legalize adult recreational use of marijuana.

At the very least, Port City Alternative appears likely to be providing a medical cannabis alternative to Stockton residents before the end of the month.

"We're excited to be back," Carlson said. "We look forward to serving Stockton in a professional and safe manner, hopefully in just a couple of more weeks." 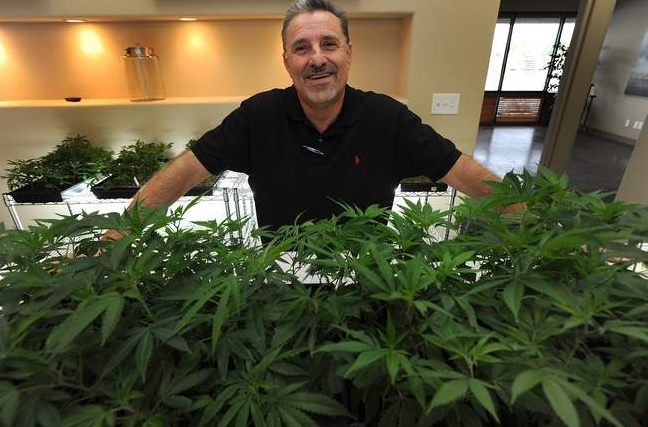