My seeds from Nirvana have arrived after about 13 days from the day shipped. I ordered Short Rider Auto-flowering Feminized seeds x5. Nirvana Short Rider is a hybrid of the discontinued marijuana strains Top 44 and Early Special. Top 44 has long been a trade favorite because of its ability to produce commercially worthwhile amounts of strong, skunky buds in just 44 days of flowering. Even though Early Special itself lacks the same speed, its Siberian Cannabis Ruderalis genes give Short Rider the unique ability to "autoflower" - to flower independently of light cycles, like lowryder.

This really fits my needs, as i'll be moving in around twelve weeks, and i would really like to get a harvest under my belt before then. At $44.00 for five seeds including S&H it was a no brainer, especially after seeing this strain review right here at 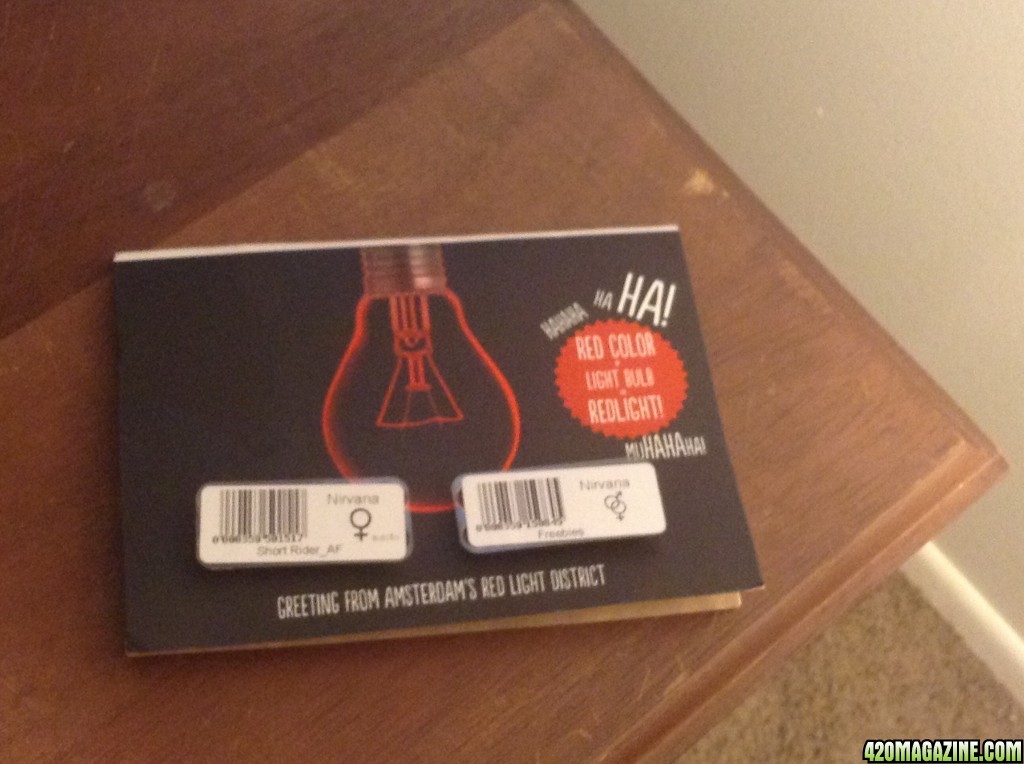 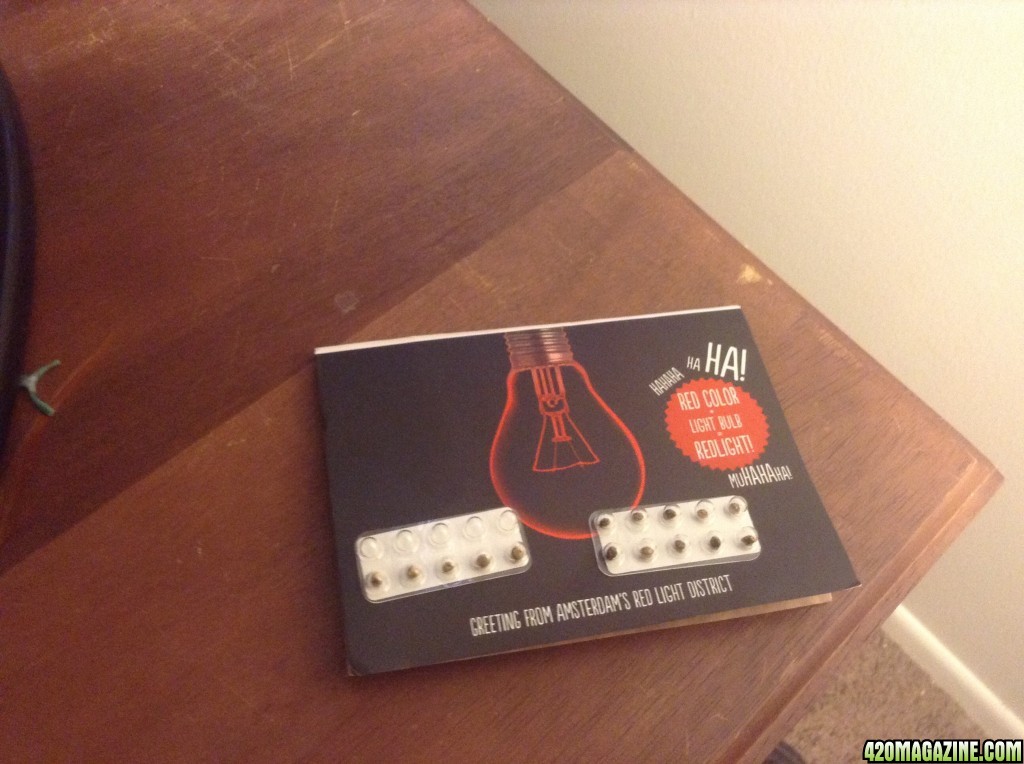 9-10 weeks seed to harvest? 40+g per plant? All feminized and everything.... I decided if i could pop them this last week (14-20) i would go ahead with it. Well, they came on the 18th so i got three of them in water as soon as possible. Three seeds so that in the future if want to propagate more seed of this auto strain i can pop the other two seeds, and spray one with colloidal silver 50ppm giving me female pollen. They all began to crack and show taproot this morning... So i popped them in the two three gallon pots i picked up yesterday, along with the one five gallon pot i already had. I also bought twelve dry quarts of organic potting mix; added to the recycled soil from my solo male to fill the two three gallon pots, and most of the five gallon pot. 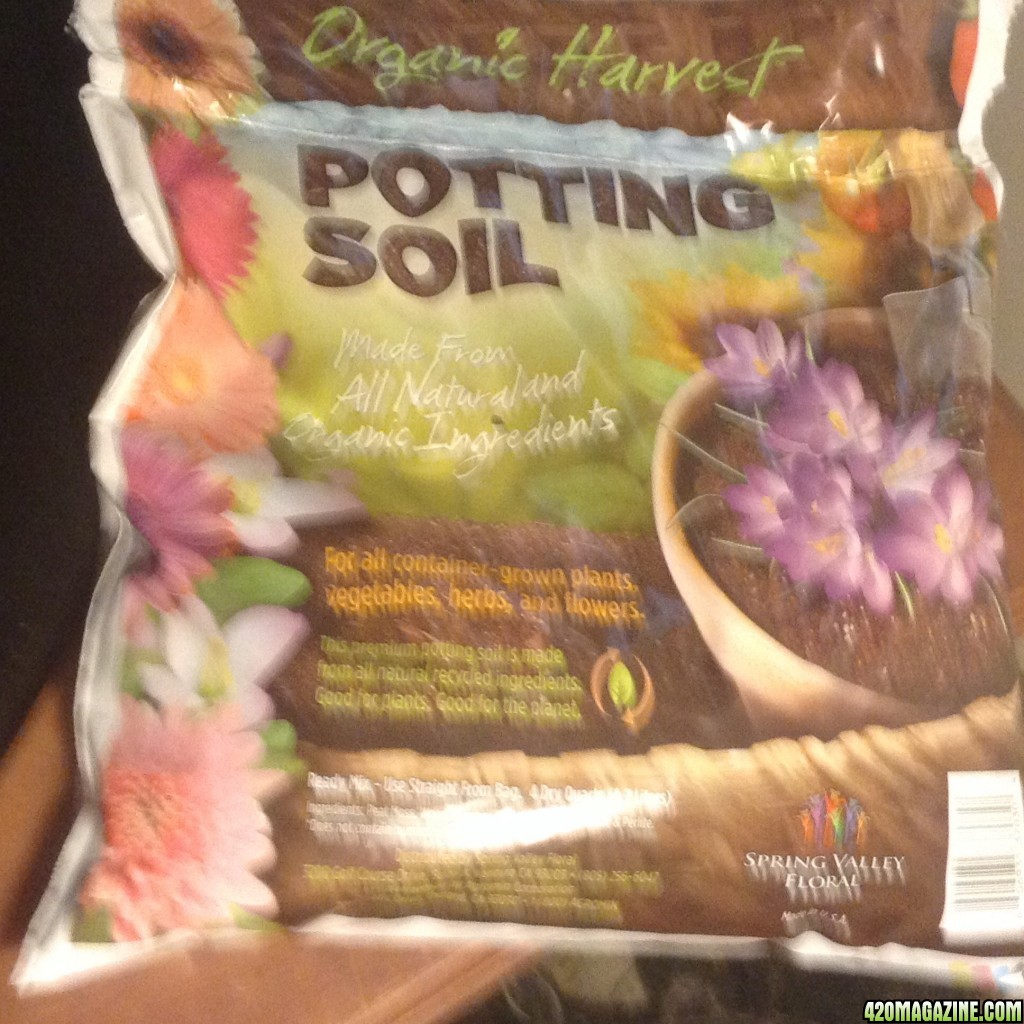 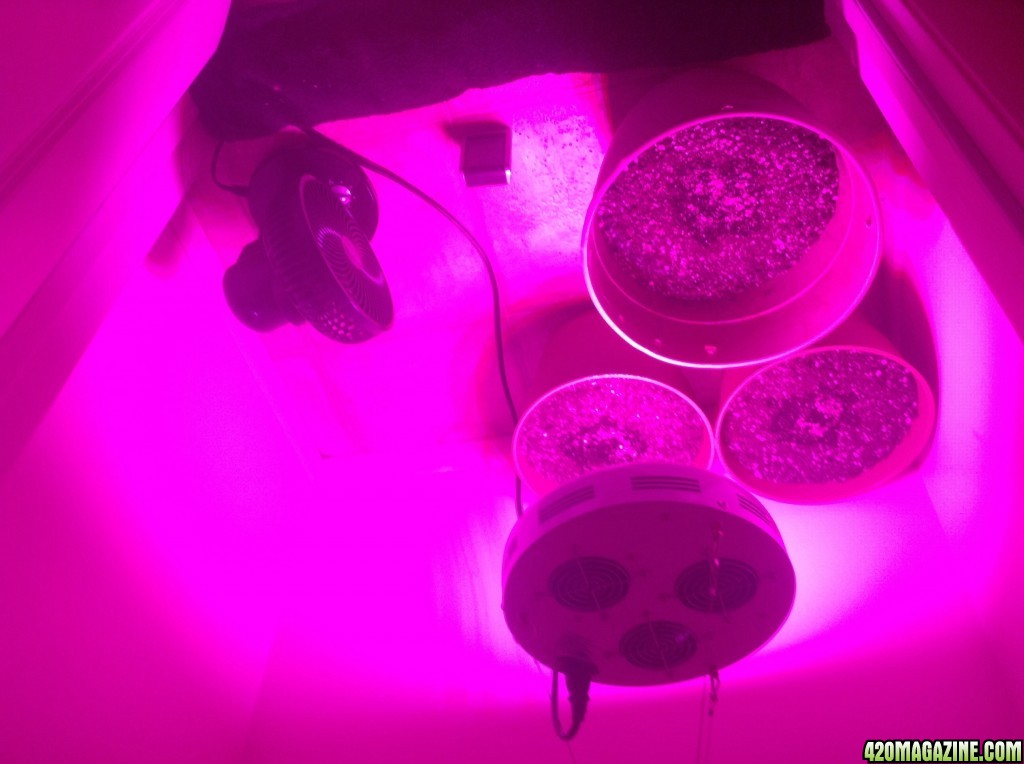 I will be getting fox farm's organic trio in the next couple weeks, and for those who don't know i will be running a 700w mars II once they can take that much power. I plan to start them on 16/8, to decrease time until they show pistils, then i will switch to 12/12 for the remainder of the grow to encourage bigger buds. I read that autos flower based on how many hours theyre under light; so 24/0 will yield plants that finish fastest, where 12/12 will yield plants that are twice as big, but take longer to finish. It'll be starting pretty slow, but i will keep everyone updated! Cheers,

Interesting. I will be following. LED's and auto's, love it!

Volksbud said:
Interesting. I will be following. LED's and auto's, love it!

first update - day 4 (6/25)
Four days from the beginning of germination/three days since being in soil. Two have totally popped and taken off, one is showing tap root but isnt pushing it out too fast. 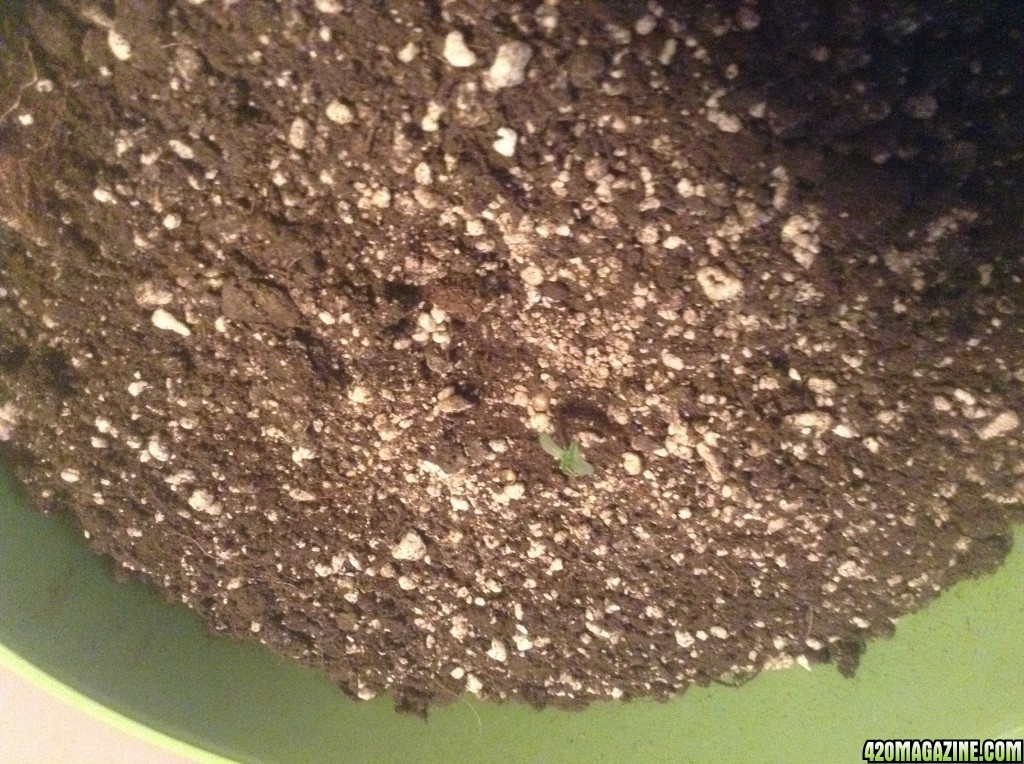 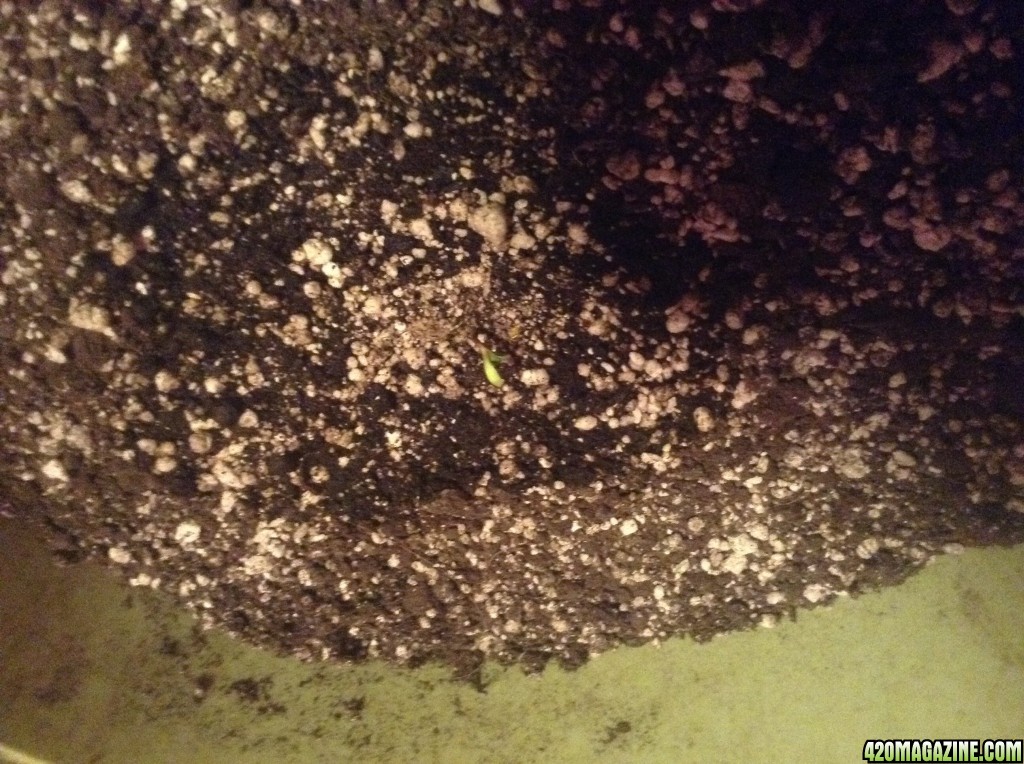 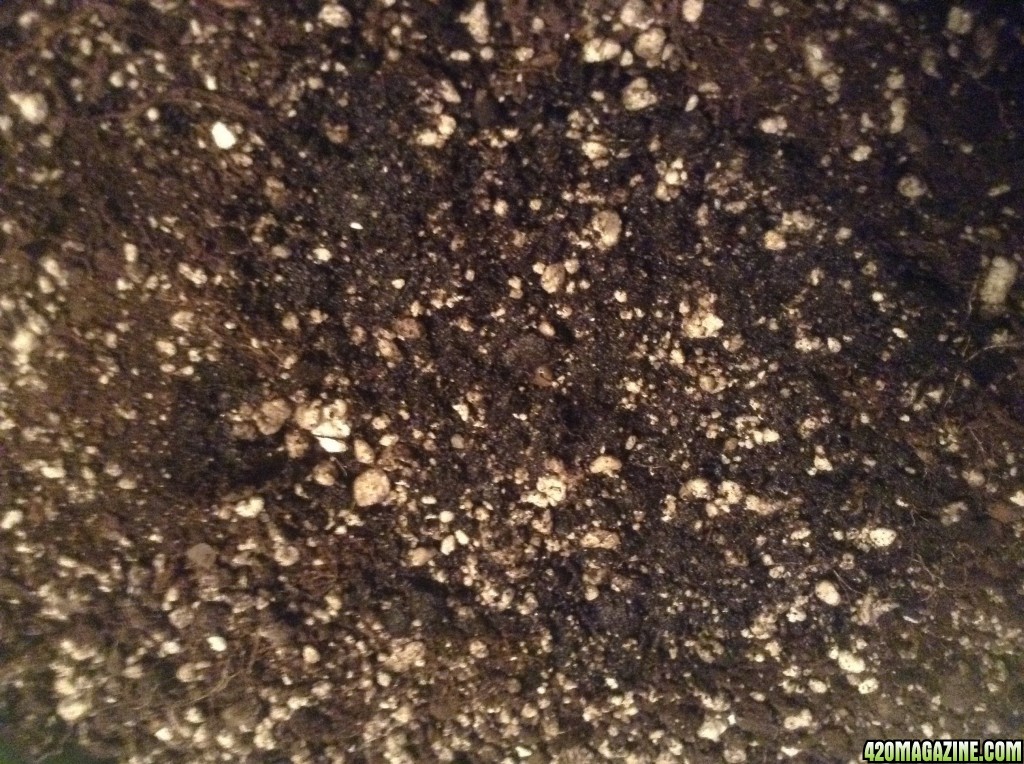 You can see the tiny seed there in the middle.. Still slow going, but they seem happy enough. Temps are 73-86 RH is 35-50%
Blurple Cookies n Chem grow- complete
My Breeding Project! - complete
Reveg, Clones, Auto, and Photo journal - complete
DIY peace pipe from plant stalks
The Cure For 99% of plant problems
#chemclub
#DDaClub
420 contests
Chef’s Kitchen: Come cook with me!

And welcome back db, these seeds should do me well, unlike that last one

update 2 - day 16
Hello everyone! Im sorry about the infrequent posts, but the early stages are quite slow with very little action. Ive also been very preoccupied with my coming move, which contributes to my absence. Anyways, to the garden.... Unfortunately the late bloomer never got bigger than a seed with a taproot

. Besides that, everything is great and i can tell my two gals' root systems are getting pretty robust (as they were planted in their final homes). I finally got my 700w marsII in there, and i'll order nutes on thursday. Fox farms grow big big bloom and tiger bloom for anyon who missed it. I will start at half strength based on week 4 of the feeding chart. Anyways, without further adue, bring on the ladies!
here we have girl #1, biggest/most vigorous grower 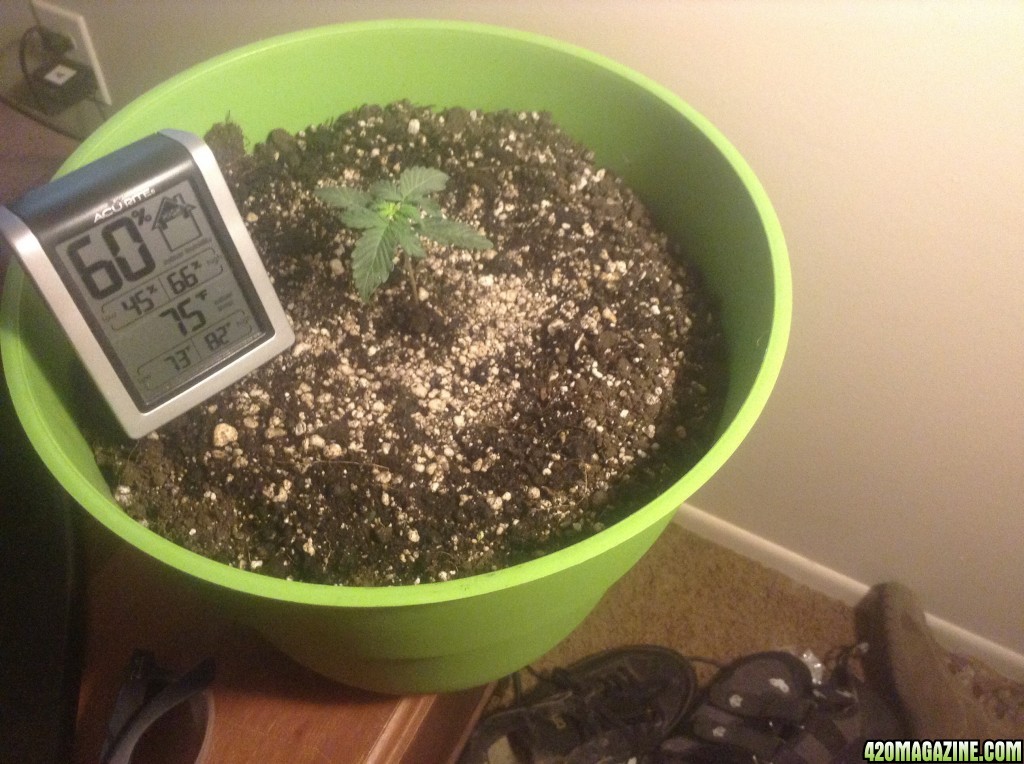 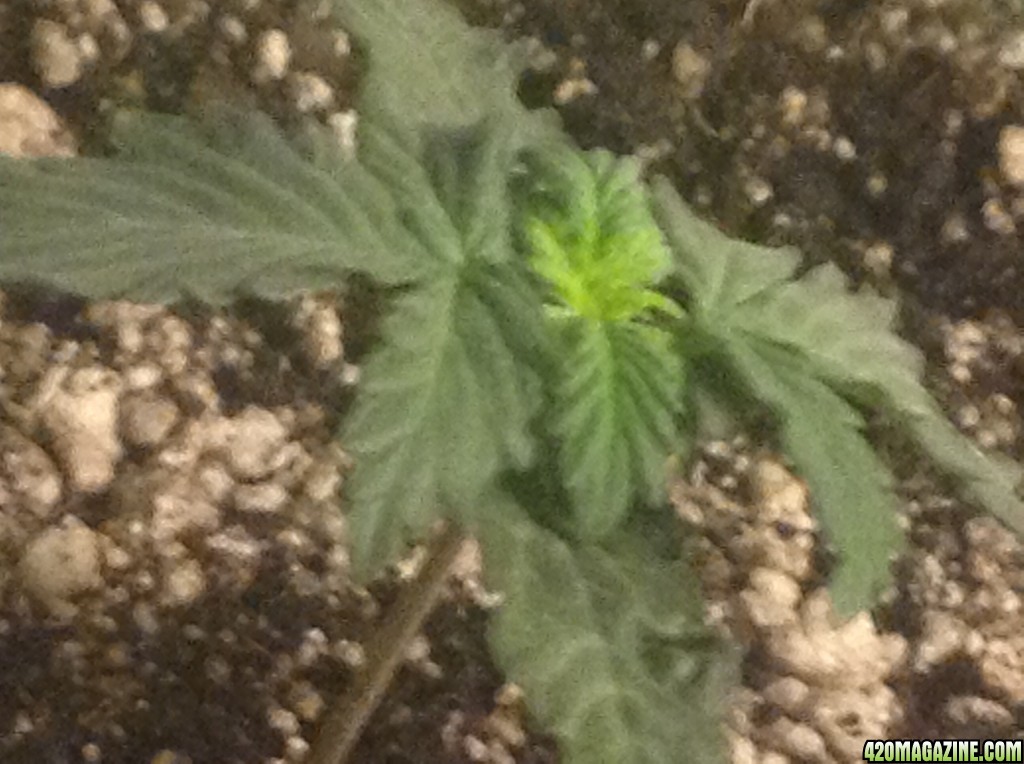 here we have girl #2, not quite as big or as fast growing - im hoping shes just growing extra roots 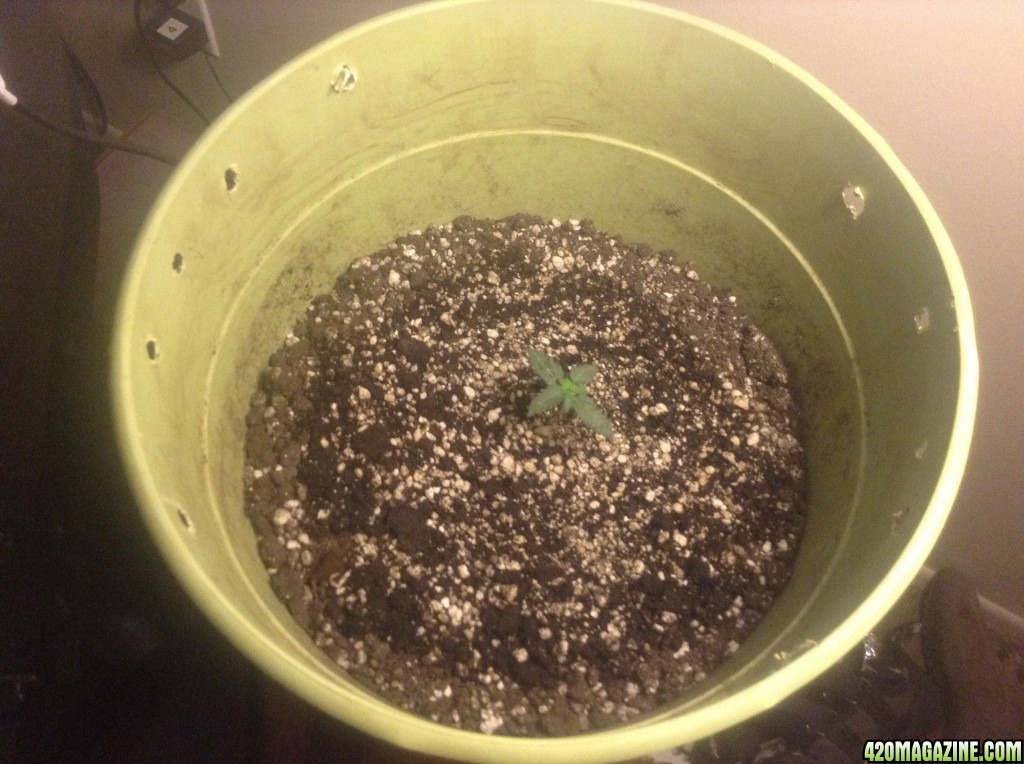 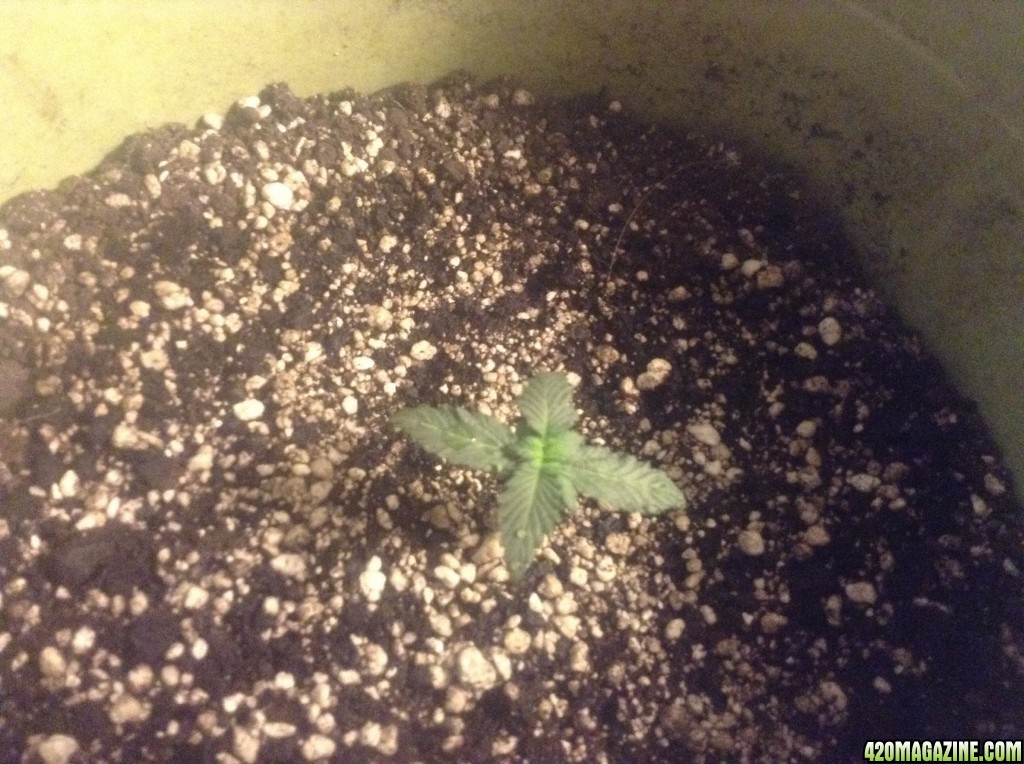 their world, equipped with a brand new sun! 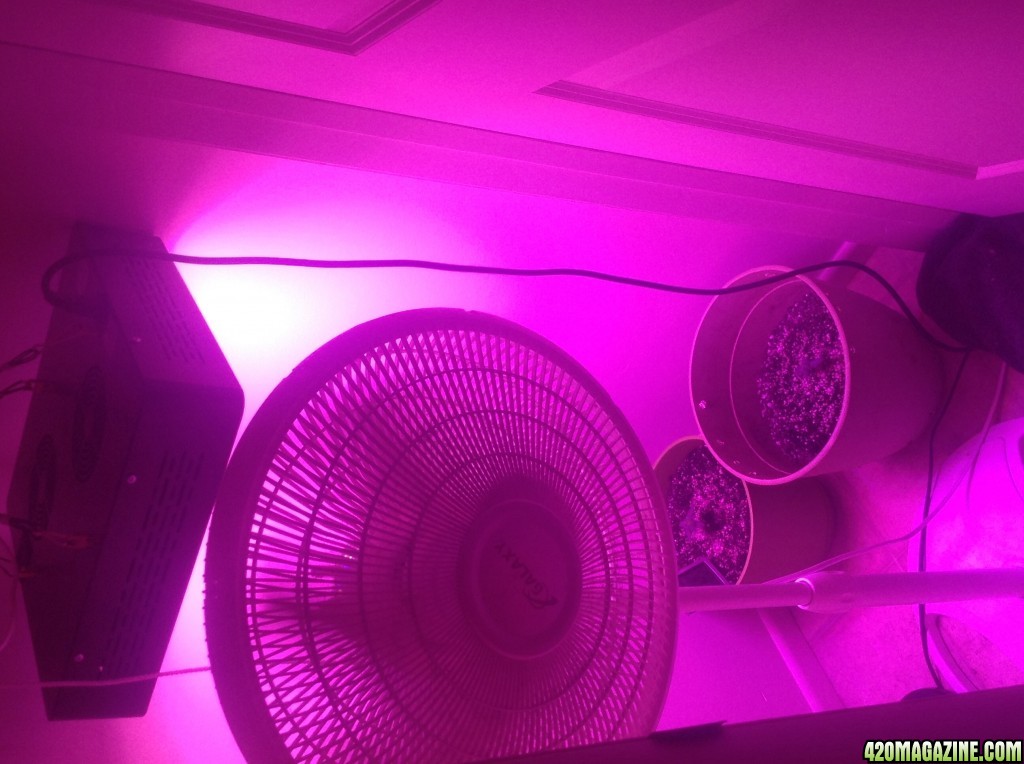 And the unhappy, unfruitful seed 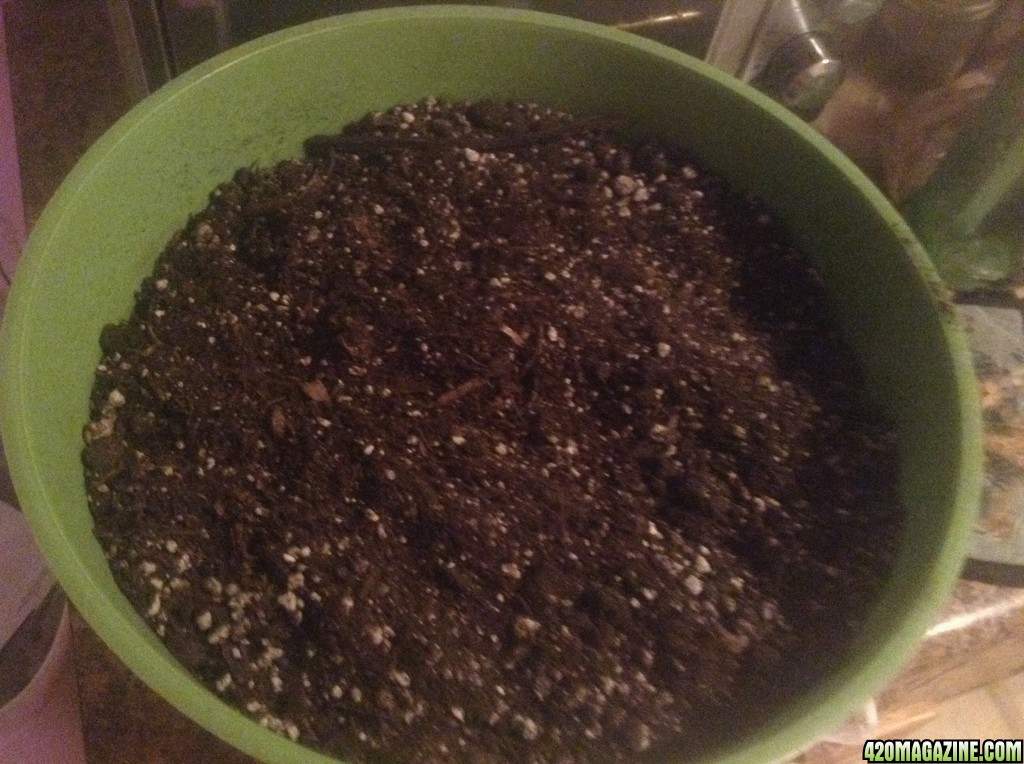 update 3 - day 19
Sorry to my followers for the long time between updates. I meant to post this one on friday, but the meds ive been smokin have been making me real space

. These pictures here were taken on friday, today is tuesday. My ferts also came today, i'll start them on week five of the feeding chart. Without further adue, 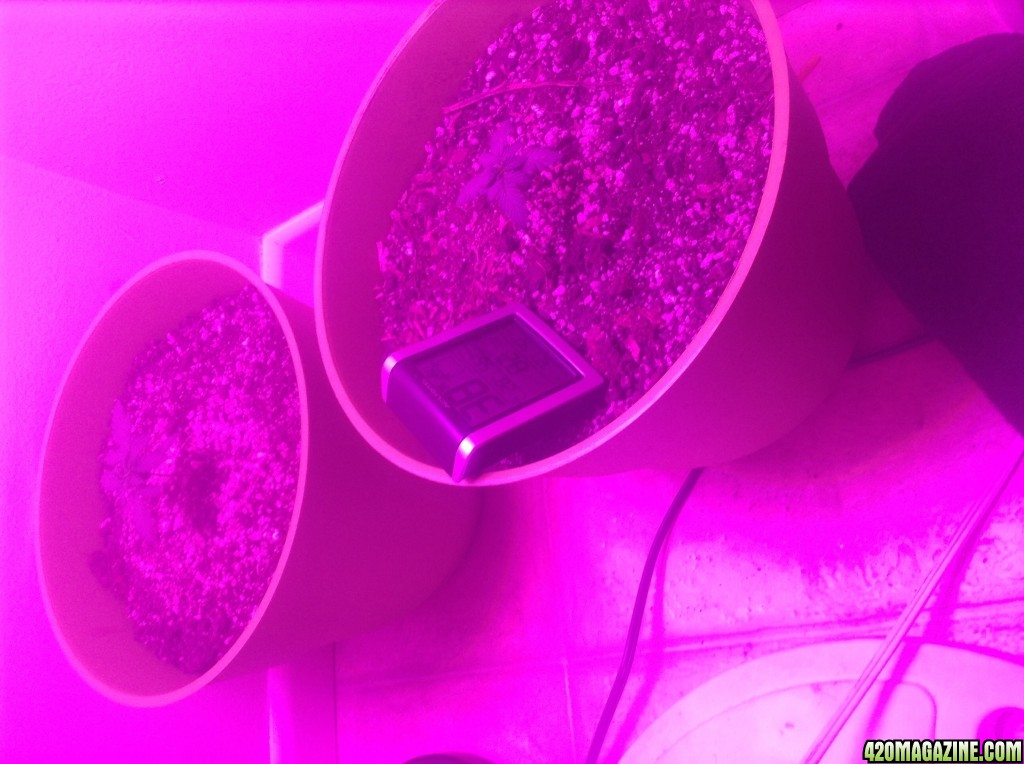 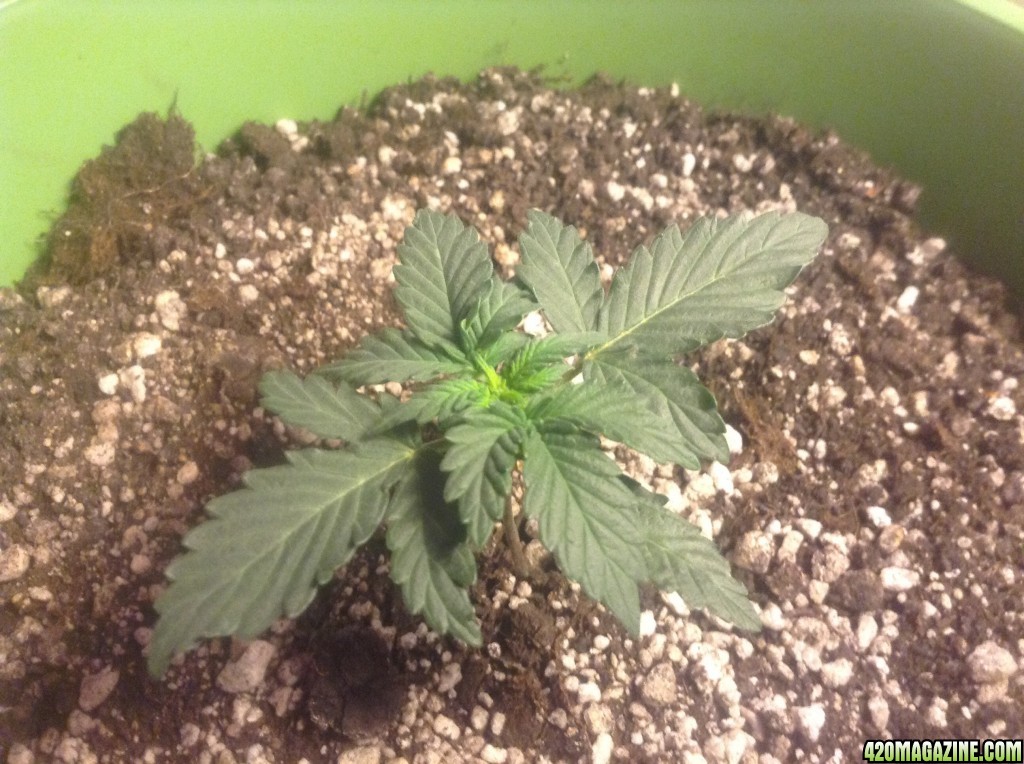 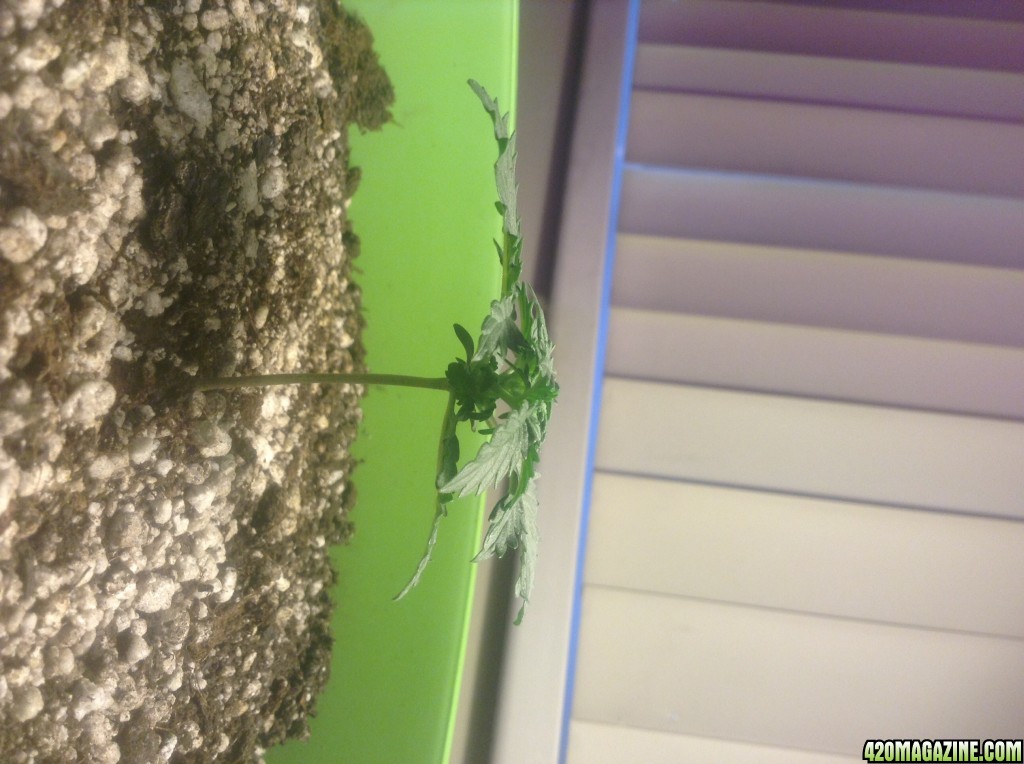 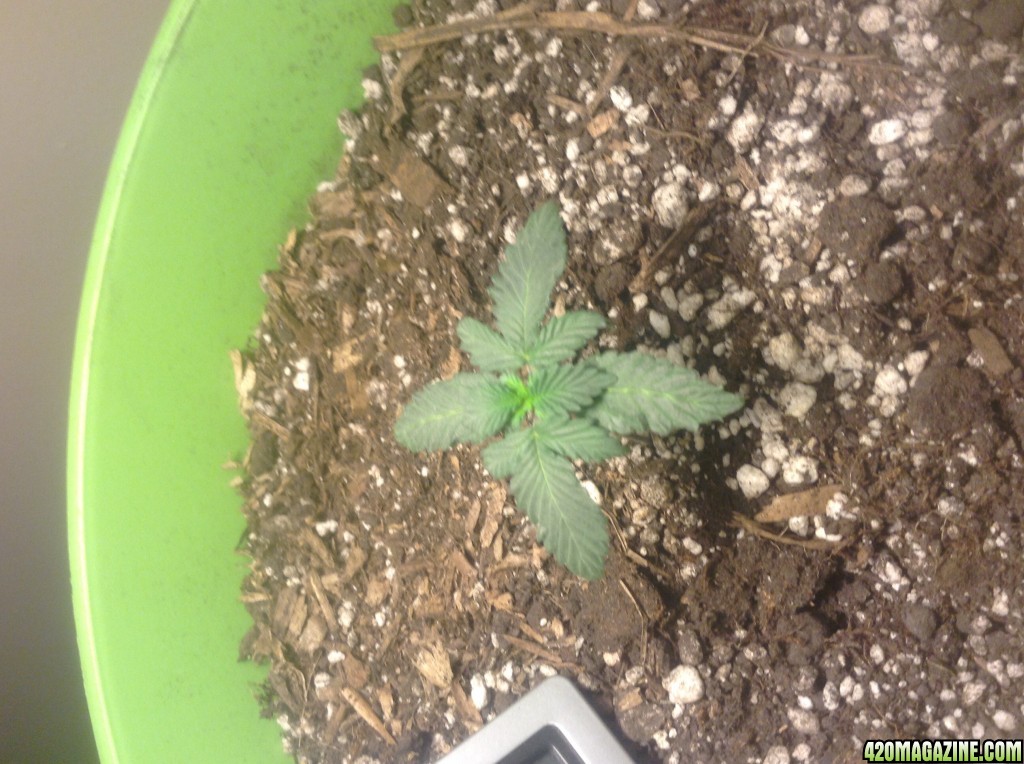 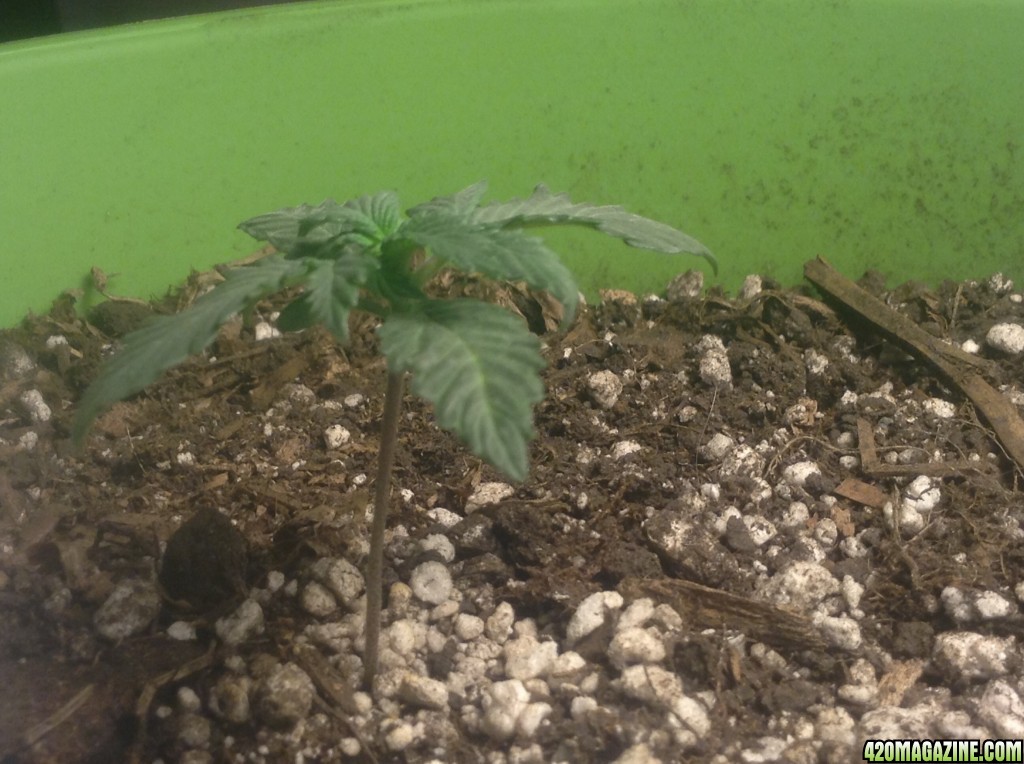 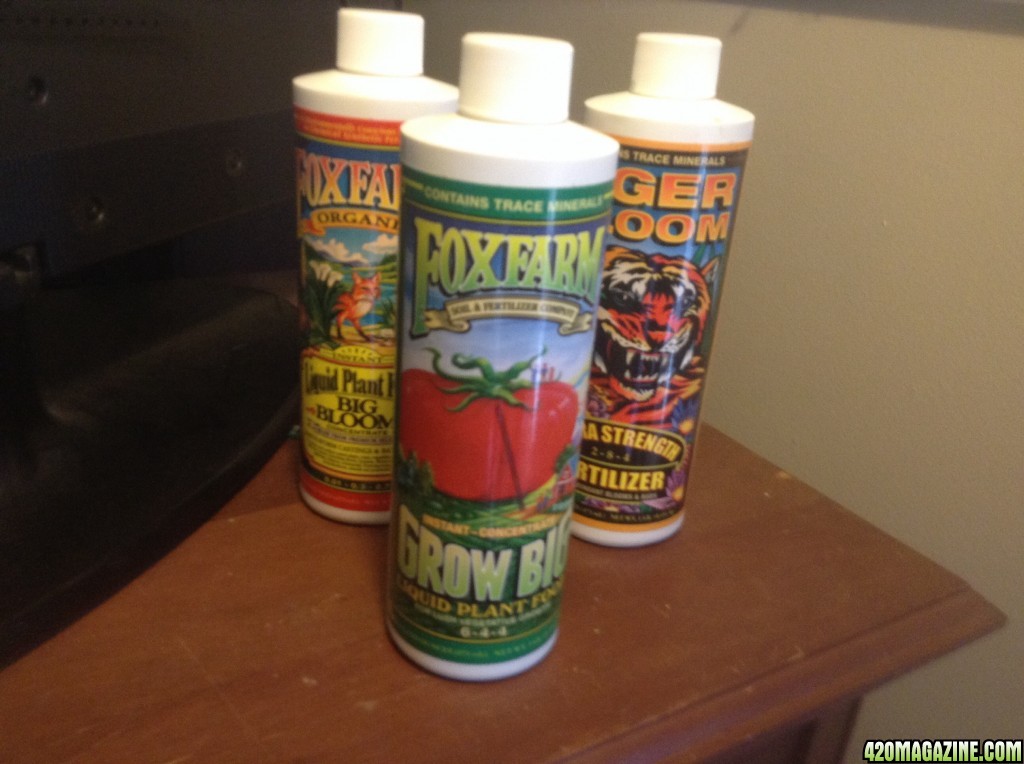 db003 said:
what's up chef I am glad you got your nutes remember to go lite on the nutes first time you use them I got my Larry and green crack curing and I started a new grow also good luck with the autos


Thanks for keepin up db, im going to start at half strength of recommended.. And if they seem fine ill up it to full strength. I will feed every other watering.. So every four days or so
Blurple Cookies n Chem grow- complete
My Breeding Project! - complete
Reveg, Clones, Auto, and Photo journal - complete
DIY peace pipe from plant stalks
The Cure For 99% of plant problems
#chemclub
#DDaClub
420 contests
Chef’s Kitchen: Come cook with me!

Thought I already subbed. Oh well. Best of luck with your grow. Looks like you're off to a good start!

Thank you Rascio and Sara for joining me!

Lights just came on, so I'm about to take some pics and do an update.

Hello everyone who's kind enough to follow my journal

. We have a very exciting update today. I hadnt seen any pistils at all yet, just a lot of quickly growing new shoots, but today at lights on my big girl, girl 1, has pistils at every node! Its been two days since the first feeding, and i just gave them a bit of fresh water. In two days i will feed again. Anyway, bring on the pics
family photo 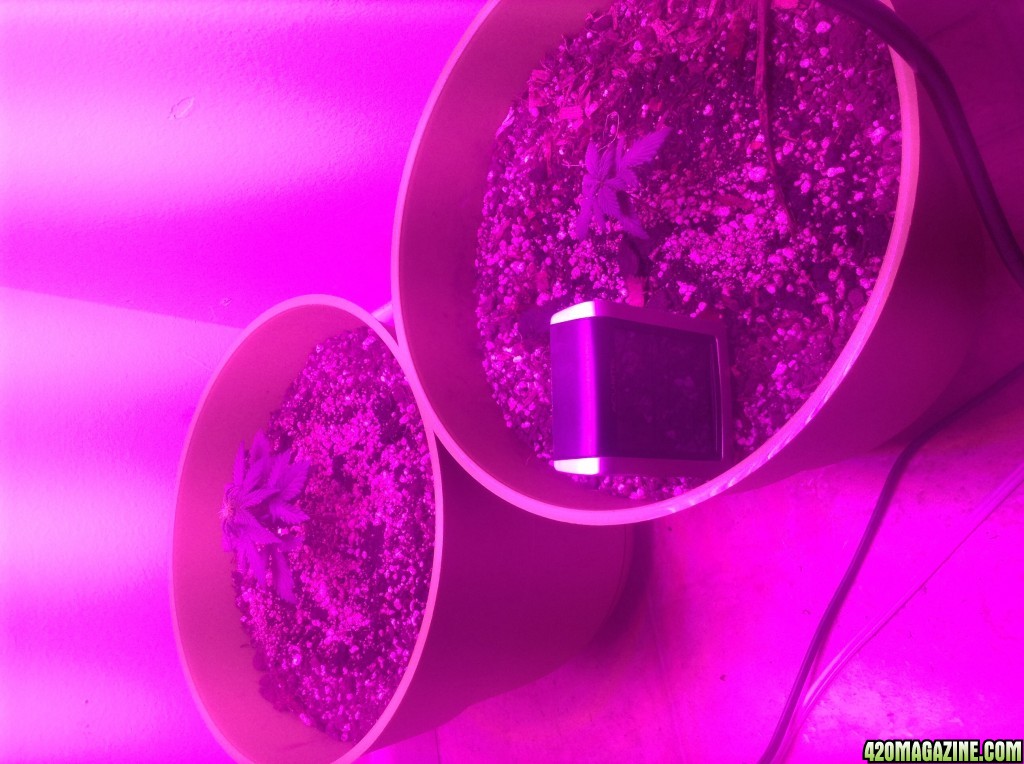 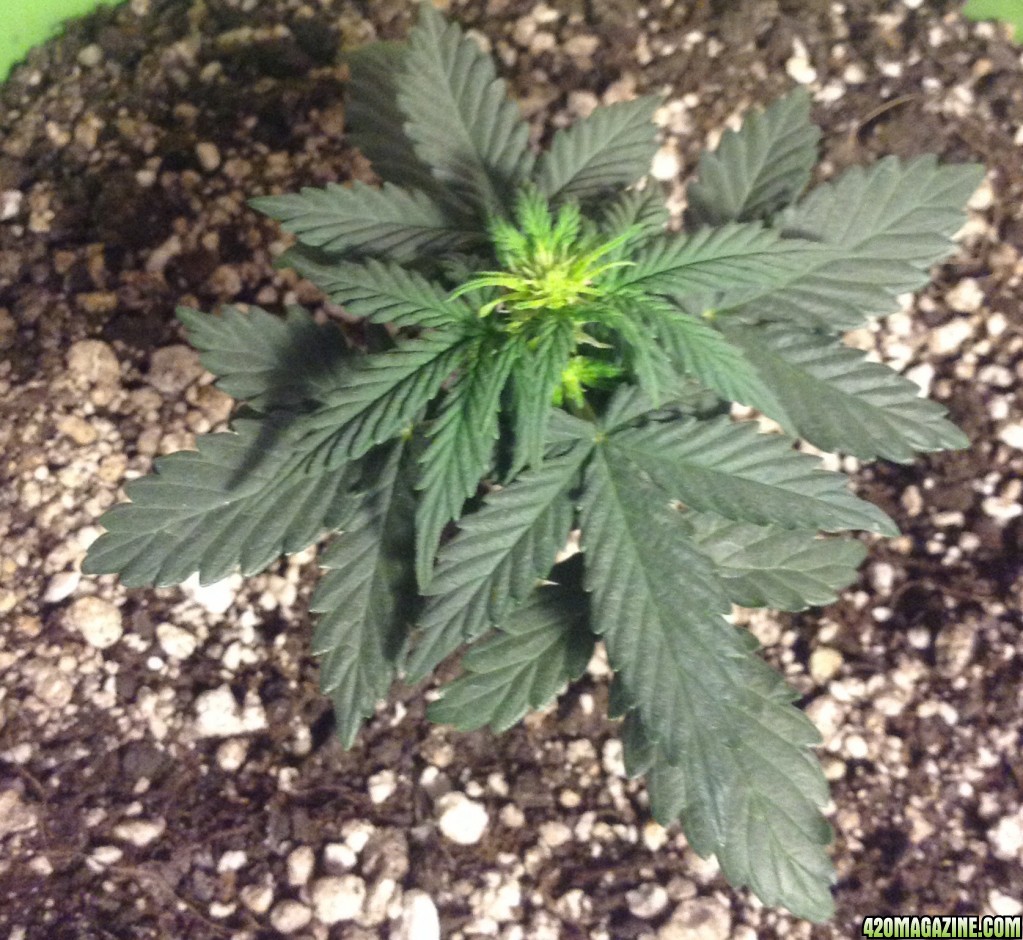 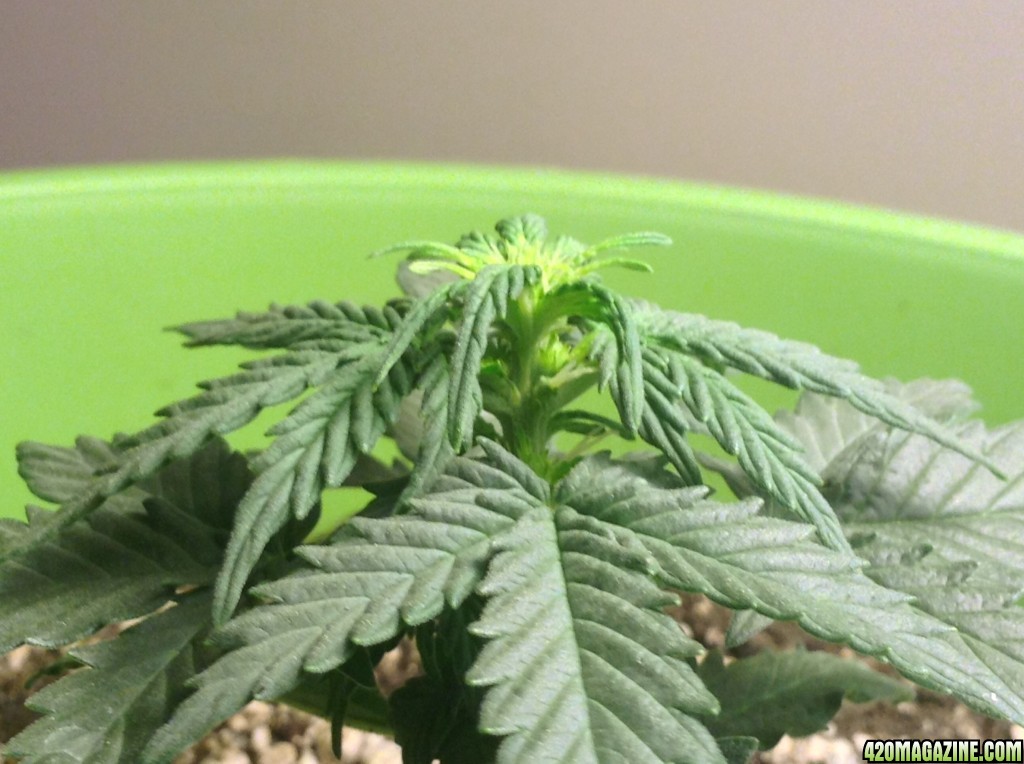 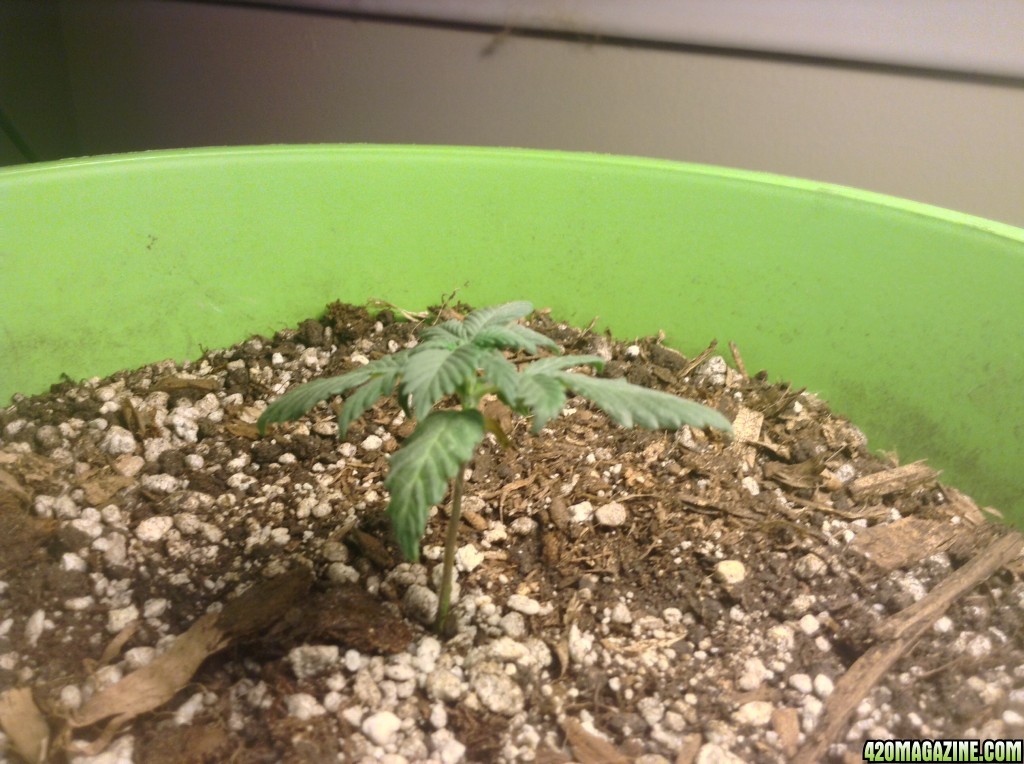 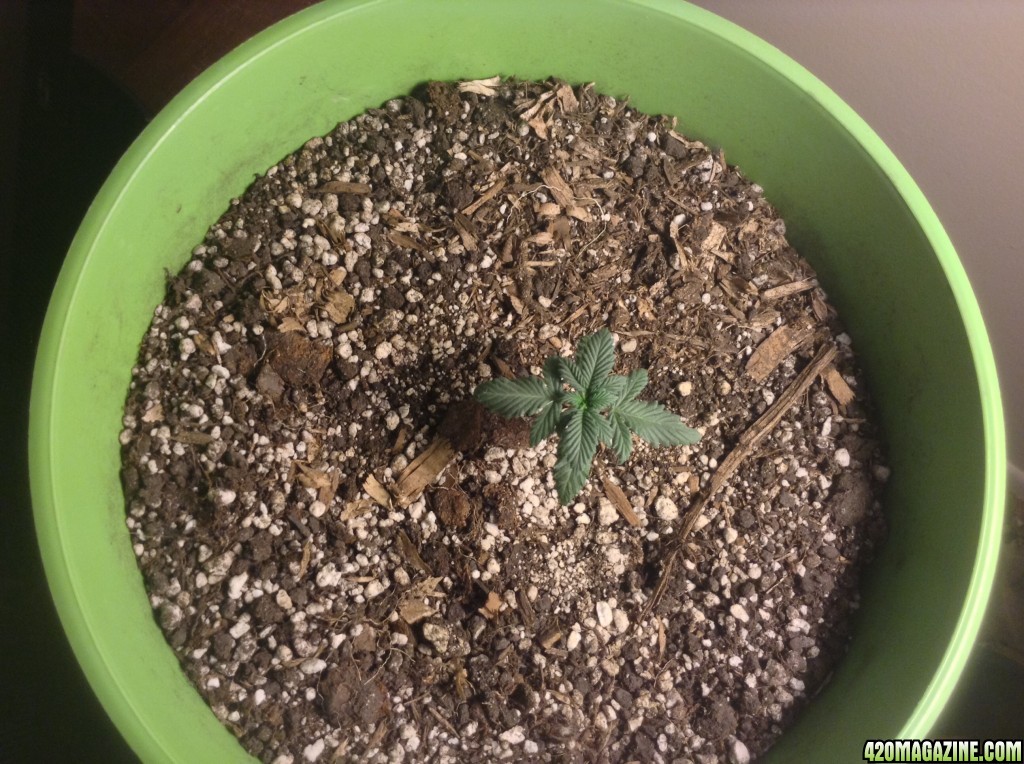