It's remedy? Well, it's contained in a document signed into law 18 long months ago by then-New Jersey Gov. Jon S. Corzine on his final day in office.

And yet that remedy, officially known as the Compassionate Use Medical Marijuana Act, remains out of reach, on a high shelf in the office of Gov. Chris Christie, whose repeated delays in implementing the program guarantee more days of sheer agony for the seriously ill constituents he's sworn to represent.

Since the historic day Corzine put pen to paper, allowing chronically ill patients legal access to marijuana to help dull their pain, the Christie administration has dragged its feet and, in many ways, retreated on the matter.

Christie has tweaked, tinkered and delayed the original law to his liking, to the point where one wonders if his grand plan is to delay it to death. For example, he's won a battle to reduce the potency of the drug that would be available to those in need and place restraints on obtaining and distributing it.

And the suffering continues.

Five hundred and 53 days after the law was enacted.

And one year after the most stringently regulated medical marijuana program in America was to begin.

The governor continues to drag his feet, so much so that he's just about worn out the tips of his wingtips and the patience of the patients. His latest foot drag is his fear of prosecution by the federal government, which interprets the dispensing of medical marijuana as a violation of federal law.

But in the 14 states where medical marijuana programs are operational, no state workers have ever been prosecuted or threatened with prosecution, according to Roseann Scotti, New Jersey director of the Drug Policy Alliance.

Yet Christie continues to drag his feet.

"The federal government is saying medical marijuana is against the law," he said last month. "Until I get that assurance, I cannot ask people to do things that they might get prosecuted (for) by federal prosecutors. What happens if they get arrested and I ordered them to do it? That's wrong."

What's wrong is Christie, who spent seven years as a U.S. attorney for New Jersey, not adhering to the spirit of a memo released by U.S. Deputy Attorney General James Cole last week. Cole advised prosecutors not to focus investigative resources on patients and caregivers complying with state medical marijuana laws.

That should be enough for the governor to comply with a program that is law and has been for 553 days.

The patients are out of patience. Advocates are considering suing the state if Christie continues to drag his feet in implementing the law. Taking New Jersey to court may be a process that could take years before a verdict is reached, thereby further delaying the legal dispensing of the drug to those who desperately need it and sending them to the street to buy it illegally. Meanwhile, advocates are running out of options.

"I would hope that (suing) would be a last option," Scotti told The Associated Press this week.

New Jersey residents with AIDS, MS, ALS, cancer, and other serious, painful, sometimes terminal ailments pray that their governor gets to a place where he is comfortable enough to begin the program.

But they need him to get there fast. 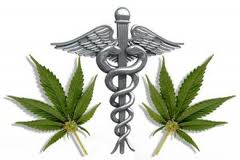