Washington State - State Liquor Control Board and city of Kent officials disagree about how many proposed recreational marijuana retail stores in town sit outside of the 1,000-foot state buffer requirement from schools, parks and daycare centers. Just three of the nine retail store applicants in Kent on the liquor board are outside of the 1,000-foot barrier, according to city officials. The state claims all nine are outside of it.

Both the city and state say they use a geographic information system (GIS) to measure the distances. A GIS is a computer system that captures the geographic data. The state used GIS as part of its pre-screening process for the lottery in early May that showed nine qualifying locations in Kent. "We did an initial check on those locations for their proximity to exclusion zones, if an applicant was within 1,000 feet they were withdrawn from the lottery," said Mikhail Carpenter, a liquor board spokesperson, in a Monday email. "In cases where it was too close to call by GIS our enforcement officers went out with a handheld GPS to verify."

Three other applicants, Hazy Days, Happy Highway and Twisted Greens Corp., also used the 534 Central Ave. S. address and therefore violate the 1,000-foot buffer. Odyssey Smoke Shop, 24816 Pacific Highway S., sits within 1,000 feet of Salt Air Vista Park on the West Hill, Graves said. If the liquor board approves any of the applicants the city says violate the 1,000-foot rule, city officials will let the state know. "The city has not received official notification from the Liquor Control Board of the retail applications, but when we do get the notifications for ones within 1,000 feet of a park, we will be including sufficient maps and other GIS documentation and park information along with the city's objection," Graves said.

The state rule reads:
"The distance shall be measured as the shortest straight line distance from the property line of the licensed premises to the property line of an elementary or secondary school, playground, recreation center or facility, child care center, public park, public transit center, library or arcade where admission is not restricted to those age 21 and older." Of course, Kent's six-month moratorium against any marijuana businesses will keep the retail outlets out. The city's Land Use and Planning Board is looking at whether to allow the businesses in certain parts of town. The liquor board will issue a retail license if an applicant passes a criminal history and financial investigation even if a city has a ban. But the ban in Kent and other cities pushes those applicants to an approval later than the first retail licenses expected to be issued in July.

"The first batches of licenses will be issued taking moratorium status, population and geographic dispersion in mind — so cities like Seattle, Spokane, Vancouver, Tacoma," Carpenter said about the initial licenses. "Applications in jurisdictions with bans or moratoria will be processed last so it's not possible to estimate when the first or last Kent licenses will be issued." Kent is the sixth largest city in the state with a population of more than 120,000 and is allowed up to three recreational marijuana retail stores under state rules. Kent is the largest city in the state with a marijuana business ban. The five largest cities, Seattle, Spokane, Tacoma, Vancouver and Bellevue each will allow marijuana businesses. The liquor board has issued 31 producer and processor licenses so far but none of those are in Kent. 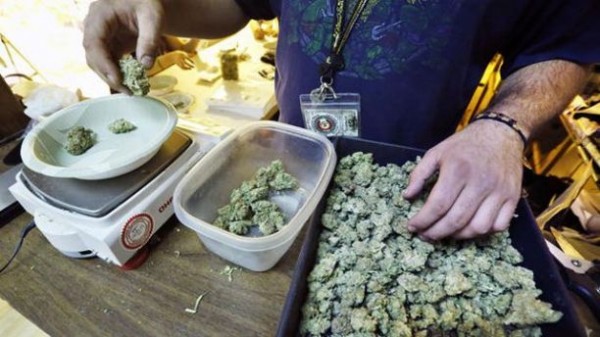