Viscous, stratified, and hot to the touch, a five-gallon water tank bubbled with unknown chemicals at an illegal marijuana grow site in California's San Bernardino National Forest. Marijuana growers most likely planned to use this brew as a high-powered pesticide to keep any and all animals away from their marijuana plants.

However, organized sites are now popping up as far east as North Carolina, and smaller, unorganized grow sites occur in most states. These sites pose problems for Forest Service law enforcement, the public, and the environment — with pesticides poisoning wildlife, soil, and water.

"There's no telling what you'll run into out there," said Chris Boehm, Deputy Director of Forest Service Law Enforcement and Investigations. Many sites harbor booby traps, and the growers themselves are often armed. Law enforcement agents are trained to safely navigate most of these hazards, but if members of the recreating public encounter a grow site, the situation can quickly turn unsafe.

The bubbling vat on the San Bernardino National Forest is an example of what even law enforcement agents aren't prepared to handle during an initial raid due to the potential toxicity to both people and the environment.

"Some of the [pesticide] is so concentrated animals die in a matter of minutes, if not seconds," said Forest Service researcher Craig Thompson.

Researchers frequently find dead squirrels, bears, and birds, and other animals killed by the pesticides used on these grow sites. Once an animal consumes and dies from pesticides, the chemicals continue powering through the entire food web as scavengers feed upon poisoned carcasses. At one site, researchers found a dead fox, a dead vulture that had been feeding on the fox, and dead insects that had landed on both.

Because growers spray pesticides and add them to irrigation systems, the chemicals also seep into the soil and surrounding waterways, which can kill aquatic species and potentially compromise the safety of people's drinking water downstream.

To reduce the grow site impacts and discourage illegal growers from returning, Forest Service and partner law enforcement agents, scientists, safety experts, and others plan and carry out clean-up efforts to remove the plants, irrigation infrastructure, waste, and chemicals. If they leave these resources intact, growers will return and reuse the same site.

Many grow sites are in remote locations and difficult to access, making remediation efforts challenging and costly. Helicopters must be used to air-lift tons of garbage and miles of irrigation piping. Partial HAZMAT protocols must be followed, and decontamination kits used to contain and clean up the waste.

If you encounter what you believe may be an active grow site here are some suggestions on what to do and what not to do:

-Leave the area in the same way you came in, retracing your steps.

-Make observations of what you see.

-Once clear of the site, report your findings to the Forest Service or local law enforcement officials and relay your location and observations.

-Linger at the site.

-Call attention to yourself.

-Touch anything that looks out of the ordinary. 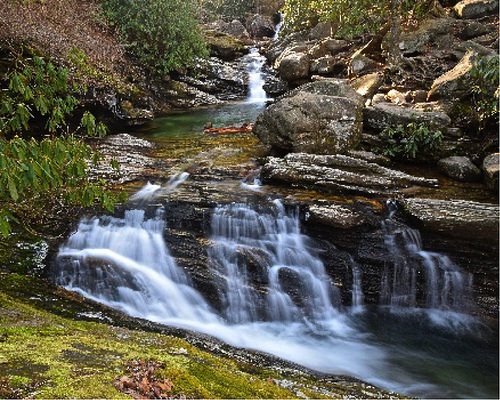 I imagine that when alcohol prohibition ended there were still some moonshiners out in the woods cooking up moonshine, trying to hang on and make a few bucks. When the feds finally get realistic and end prohibition of marijuana and adults can buy it retail like they can tobacco and alcohol, these public lands 'moonshiners' will fade away as well. And I would imagine the price will eventually come down to earth. Did a bottle of whiskey cost $300 back when prohibition ended? Or the equivalent to today's prices? Probably not. And prior to the end of alcohol prohibition, doctors were prescribing alcohol for medicinal purposes. I found a whole interesting timeline online several years ago.

Nobody wants pot that's been sprayed with toxic pesticides. If it's killing animals what's it doing to humans? This is all because it's still federally illegal and current prices are still blackmarket prices. Where there's money to be made....
Z

Very interesting article and a serious topic. I would like to have more information on this as Canada is set to legalize country wide in early 2018. Could someone who is serious about this topic chime in here?

First, I would like to comment on the gravity of this situation: These acts are an assault on Mother Nature and should be punished as such.

Why is this happening in California? I thought they legalized? As one poster tried to point out that because it is illegal, people are compelled to grow clandestinely in remote areas. I propose that if it is legal in California, then this activity is due to supply and demand, but the opposite of because it is scarce. I think that there is too much legal competition and illegal ops. cannot make a profit anymore so they are moving to areas of low to no overhead.

This scenario frightens me being on the verge of legalization in Canada. Will we see more of this type of clandestine operations? I am hoping not as the illegal ops. have been openly selling, on their myriad of attractive websites, for quite some time now. So, perhaps there will be little hit to the markets when it is legalized.

What do others think?