For patients with severe forms of epilepsy who don't respond to other medications, hopes are high for marijuana as a treatment. But clinical data showing how well the drug works – and how safe it is – are sparse, experts say.

Two clinical trials underway at the Jacobs School of Medicine and Biomedical Sciences and Women & Children's Hospital of Buffalo (WCHOB) aim to fill the gaps in research.

The trials are funded by GW Pharma, a British pharmaceutical company that makes Epidiolex, an oil that is 99 percent cannabidiol (CBD), a non-psychoactive marijuana derivative. (Tetracannabinol, or THC, is the psychoactive component of marijuana). Local patients with severe forms of epilepsy are eligible to enroll.

Observational studies have shown that CBD may reduce seizures in patients with certain forms of refractory epilepsy that do not respond to other medications.

But the UB and WCHOB studies are part of multicenter clinical trials that take the research further, implementing rigorous methodologies that scientists consider the "gold standard" for evaluating the safety and effectiveness of new potential treatments, says Arie Weinstock, professor of clinical neurology at the Jacobs School of Medicine and Biomedical Sciences and medical director of pediatric epilepsy, long-term-monitoring unit at WCHOB. He is site investigator on both clinical trials and sees patients through UBMD Neurology.

"We are doing new studies that bring new hope," Weinstock says. Data gathered by these studies will be used to support an application to the Food and Drug Administration for approval of the drug. The trials will investigate how well CBD works when given with existing medications to treat seizures associated with severe epilepsies in children, including Lennox Gastaut Syndrome and Dravet Syndrome.

New York State's Compassionate Use program also is making Epidiolex available to 100 children and young adults statewide with treatment-resistant epilepsy. Twenty of them will be screened and treated at the UB and WCHOB site.

Weinstock understands the intense and urgent interest with which patients and their families view medical marijuana.

Refractory epilepsy affects about 35 percent of patients diagnosed with epilepsy. When these patients fail more than three anti-epileptic drugs, the likelihood of an additional drug working falls to only about 4 percent. These patients may suffer from the physical and psychological toll of multiple, lengthy and potentially hazardous seizures.

In 2015, an open-label study by New York University researchers and others found that cannabidiol add-on therapy had a promising efficacy and safety profile in children with severe epilepsy.

"The study found that cannabidiol was associated with a meaningful reduction in seizure frequency – as much as a 66 percent drop – in children with severe epilepsy who received at least 12 weeks of treatment," Weinstock explains.

Weinstock acknowledges the importance of the open-label study, in which both the researcher and the patient knew the treatment was being given.

"However, the clinical data are still quite sparse," he continues. "A randomized, double-blind, placebo-controlled clinical trial, which is what we are now doing, is the gold standard for providing the needed scientific data regarding the efficacy and safety of cannabidiol in children with severe epilepsy."

In a randomized, placebo-controlled trial, some patients receive the drug and others receive the placebo, and neither patients nor clinicians are privy to information about which patients are receiving the real treatment. That is a standard practice in clinical trials and is especially important with medical marijuana, Weinstock explains.

"There is a very strong placebo effect with medical marijuana," he says, "since parents are so invested in the idea that this is going to work. There's still a gap between what patients and their caretakers believe and what we know scientifically."

As medical director of the pediatric epilepsy, long-term monitoring unit at WCHOB, Weinstock knows the complexity of epilepsy and the importance of understanding all of its facets before proceeding with a treatment.

The WCHOB epilepsy unit is a Level 4 unit, the highest classification by the National Association of Epilepsy Centers. When patients are admitted to this unit, anti-epileptic medications are reduced or stopped. Patients are constantly monitored as they experience seizures, while EEG recordings are made and other data are gathered.

"What we learn is what kind of epilepsy the patient has, whether seizures involve the whole brain or just part of it, factors that affect how we will try to treat them," Weinstock explains. Medications are only one way to treat seizures. For some patients, surgical treatment can be highly effective; for others, especially those with Lennox Gastaut Syndrome, a special diet can be effective.

For patients with severe epilepsy, Weinstock says, pharmaceutical-grade CBD is the best option since it allows for accurate dose prescription and titration.

"It is widely accepted among epileptologists – physicians who are experts in caring for epilepsy patients – that only CBD, the non-psychoactive cannabinoid compound, should be considered in children with refractory epilepsy," Weinstock says.

"There could be wide variability between medical marijuana obtained from different dispensaries or even between batches from a single dispensary, which could lead to a significant difference in the ratio content of THC to CBD," Weinstock says. "That's why regulation in the content ratio of the different cannabinoids is needed for administration of medical marijuana to patients with refractory epilepsy." 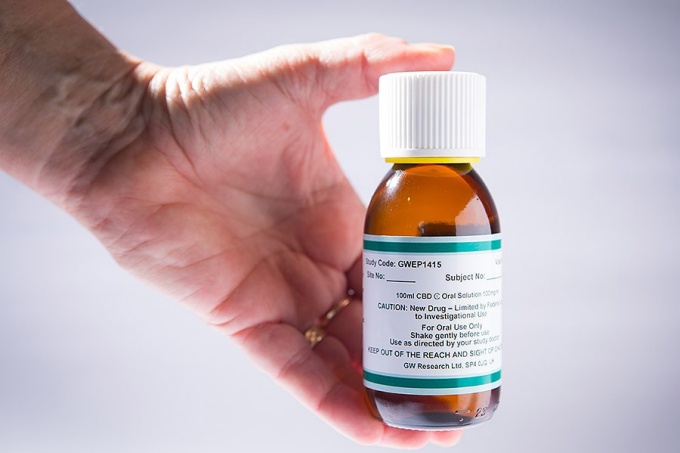 They aren't testing Medical Marijuana, they are testing marijuana extracts.

Anecdotally, concentrated cannabis oil is better for virtually all medical applications than pharmaceutically prepared extracts- but there is no monopoly in an essential oil, so they don't test it. It's a simple choice of profit over effective medical care.
Radogast