This began as an experiment to satisfy my own curiosity, but I began to think this could be of interest to others, too.

White Willow is known to carry an extremely prolific, naturally occurring root hormone. It also has the compound from which aspirin is derived, which is an immune system response chemical that can protect and reverse problems within plants. This isn't a new finding and has been referenced here, but for the sake of the background, you know.

Anyway, I have been wanting to pit willow tea against a known and effective rooting agent: clonex. Here's what I have:

*1/4 cup of young White Willow branches, cut to 1-1Â½ inches and steeped in near-boiling water and allowed to sit overnight. Water pH is 6.0 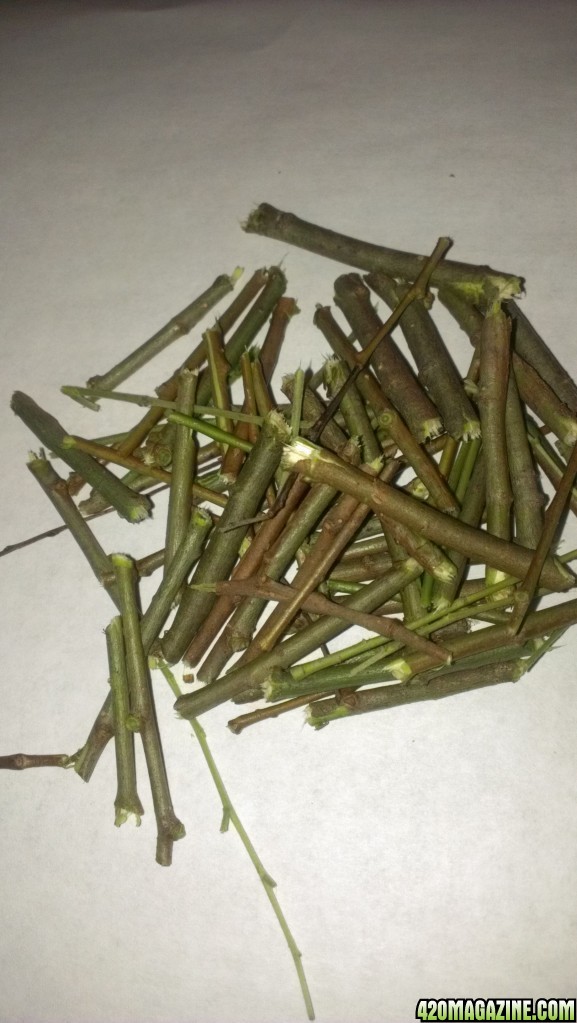 For the cloning medium is Root Riot plugs. I love this stuff. Shown also are the two rooting agents. 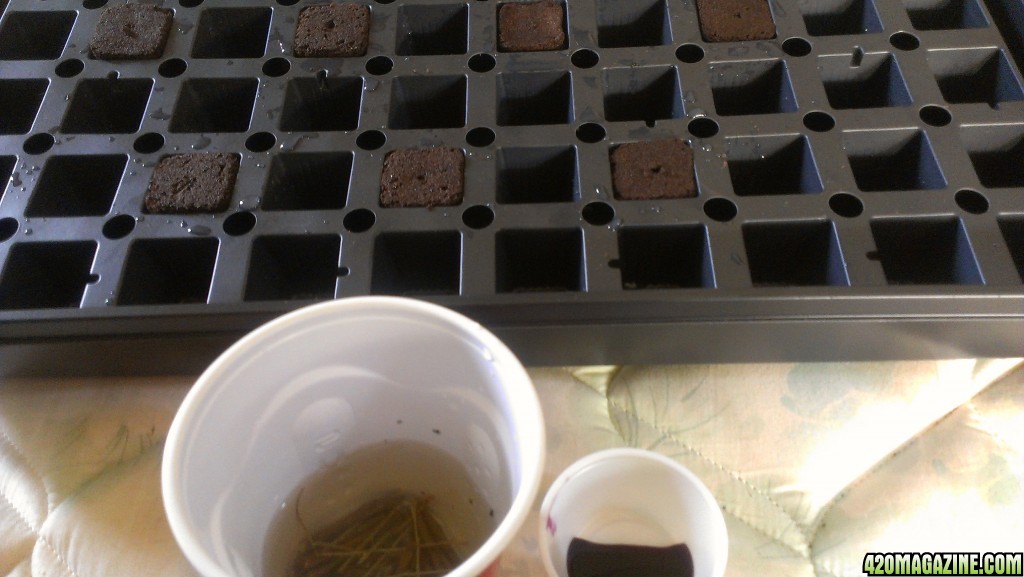 I am using an unknown, but fairly vigorous plant from which to take two clones. 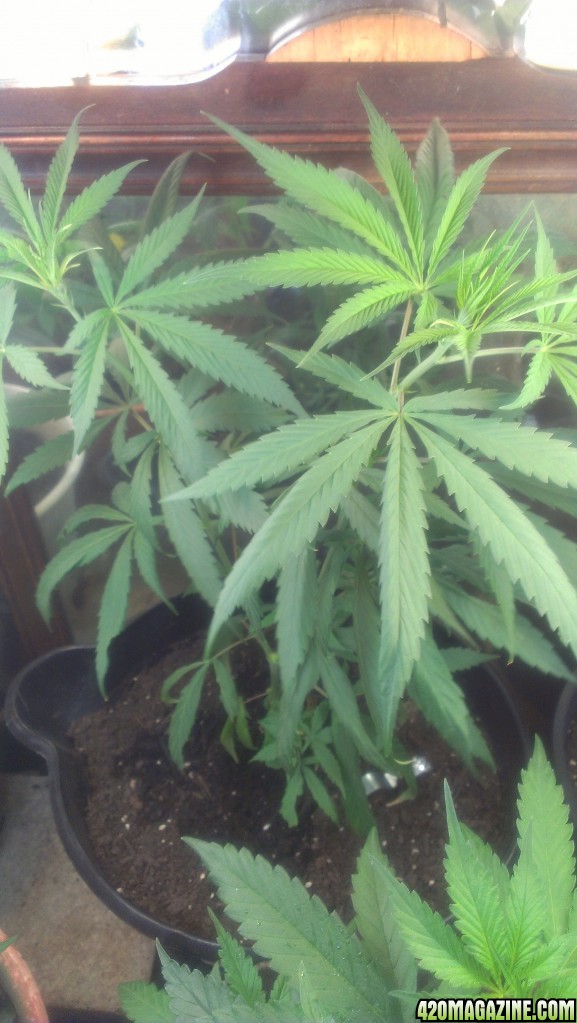 With the first plant, I soaked the peat plug in the willow tea, also allowing my plant's stem to sit in it for awhile. The second was swabbed around in the clonex per normal use. 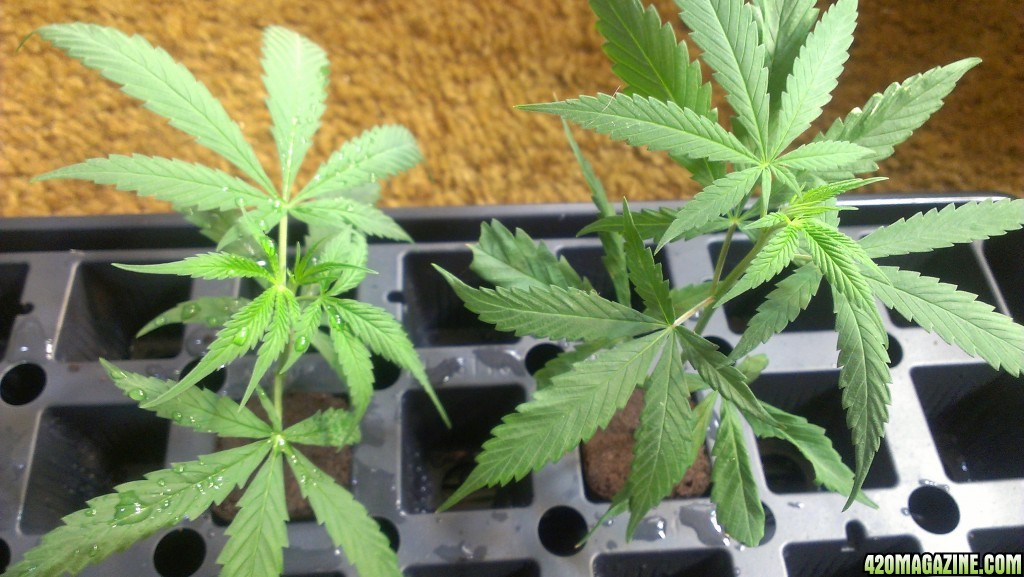 And, now they sit happily in their dome. Because I'm a big fan of organics, I'm actually "rooting" for the willow tea to either match or outdo the clonex. Time and future updates will tell!

what's the name of the hormone in white willow. i know it contains salicyclic acid..
J

It contains IBA (indolebutyric acid), a plant growth regulator. Willows are pretty damn prolific. I'm fortunate to live where they've taken over two acres, yet when I was much younger, I recall only seeing two or three. No lie, I've pulled fell branches from mud and they were taking root.

I'll be keeping the plugs hydrated individually, rather than using the tray. The Willow clone will only be fed tea, the others, water.

I have five others in the dome, too, all clonex. I'm going to be sending them into flowering after a day or two, as to predetermine sex of the parent plants.

wow i didn't know there was iba in willows! thanks for teaching me something new.

looking into it it apears that maize also contains iba. interesting...

R
Clonex for too long?

F
The Branch of Infinite Cloning!