In the marijuana industry, you can't just let the competition invade your turf.

CNN and MSNBC have recently joined the marijuana programming bonanza with "Pot Barons of Colorado" and "High Profits," but the original pot network is back with a new show.

CNBC's new program "Marijuana Country: The Cannabis Boom" premiers on Jan. 5 at 9 pm ET. Correspondent Harry Smith returns to Colorado to detail the rise of a new American industry, one year after the state legalized marijuana.

CNBC produced and repeatedly aired "Marijuana, Inc." and "Marijuana USA" before weed programming was all the rage. It even updated "Marijuana in America" with Smith replacing original reporter Trish Regan, who is now with Bloomberg TV. As we've reported for years, pot documentaries have brought in big ratings for cable networks. With Colorado making the programming both easier and more interesting, this isn't a trend that will die down anytime soon. 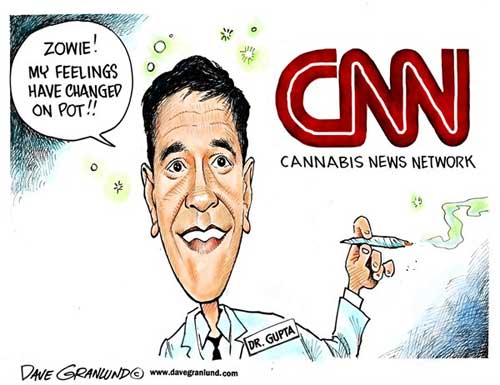 I chuckled as I posted it. My parents love that goof, I mean guy, I mean gupta.