CO: Could Hemp Be The Next Viable Energy Source

Hemp: It's a green, leafy plant that, with the exception of its rocky past, would seem to have very little in common with coal, Northwest Colorado's largest commodity.

"Hemp Coal" is a registered trademark of the AXIM Biotechnologies company, "a business involved in the research and development of alternative, renewable and innovative sources of energy, such as high-caloric content fuels produced from industrial hemp," according to the company website.

AXIM is one of a number of companies looking at hemp as a viable source of energy.

Hemp has traditionally been used to make products such as rope and fabric from the fiber. Hemp seeds are used in bird feed and to make cooking oil. Hemp is also being used to remediate contamination and create a building product called "hempcrete."

"The potential energy uses may be to gasify, then scrub and liquefy it to diesels and gas fuel," said Jason Lauve.

Lauve, also known as Mister Hemp, is founder of Hemp Cleans – an organization that works for the regulation, cultivation and research and development of industrial hemp.

He was among the speakers at September's Associated Governments of Northwest Colorado 2017 Economic Development Summit, which was held in Craig.

"Hemp has become a very vivid conversation in areas with a good deal of agriculture in their economies, so we talked about bringing Jason on – as he is very knowledgeable about the subject – so that he could share what he knows with people in Northwest Colorado who may not have been exposed to the idea," said AGNC Executive Director Bonnie Peterson.

Is hemp a drug?

"Industrial hemp is a plant of the genus cannabis and any part of the plant, whether growing or not, containing a delta-9 tetrahydrocannabinol (THC) concentration of no more than three-tenths of one percent on a dry weight basis," according to Colorado law.

"This is considered an agricultural product," Lauve said.

"They are now eligible to be grown by the Colorado Seed Growers Association for production of 'CDA Approved Certified Seed,'" according to the CDA Hemp Seed Certification program.

Approved by Colorado voters in November 2012, Amendment 64 to the Colorado Constitution regulated retail marijuana. It also directed the Colorado General Assembly to enact legislation governing the cultivation, processing and sale of industrial hemp.

The law allowed counties and municipalities to opt out and not allow the growth or sale of marijuana.

Voters in Craig and Moffat County were not in favor of Amendment 64, prompting local governments to opt out, which is why it is not currently legal to grow or sell retail marijuana in the area.

However, the opt out is not believed to apply to hemp.

"Hemp can't be regulated county-by-county. Hemp has always been legal," Lauve said, and while he noted he's not a lawyer, as one of the creators of Colorado Senate Bill 13-241 on Industrial Hemp Regulations, he feels strongly that hemp can be legally grown in Northwest Colorado.

State regulations require commercial hemp growers to register with the Colorado Department of Agriculture, the agency tasked with the job of regulating industrial hemp in Colorado.

The challenge for hemp, and hemp growers, may be overcoming social stigmas.

"A lot of people in the hemp world think we have to separate it from cannabis," Lauve said. "People see the money side and jump into CBD (cannabidiol, hemp oil used medicinally) distracting us from what hemp really offers us – food, housing and energy." 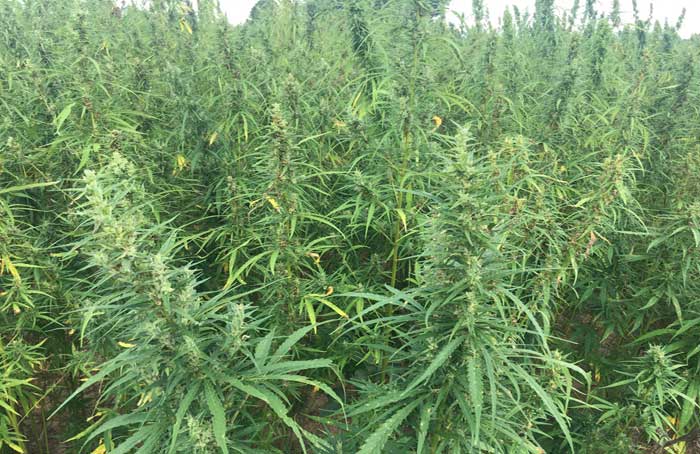