The Pueblo County commissioners finalized an agreement with Colorado State University-Pueblo to use marijuana excise tax to help fund impact studies that will be conducted by the school's newly formed Institute of Cannabis Research.

During a work session Oct. 31, officials with CSU-Pueblo presented the board the scope of some of the studies that will be conducted by the cannabis institute. The board approved amendments to the scope of service Monday.

Medical marijuana research and impact studies at CSU-Pueblo received a boost on June 13 from Pueblo County, which kicked in $270,000 to the effort.

The university has received $220,000 for medical marijuana research and $50,000 for an impact study divided into three subsections. The $50,000 grant was finalized Monday. The funding came from the county's marijuana excise tax. The state has kicked in $900,000 for the research as well.

County Commissioner Sal Pace said Monday that Gov. John Hickenlooper has recommended another $900,000 for the institute for the upcoming year.

"One of the things that we find important is not only to generate tax revenue but to make sure we are addressing impacts with those tax revenues," Pace said.

As part of the grant, the university is required to show its scope of services. Rick Kreminski, provost and executive vice president at CSU-Pueblo, and CSU-Pueblo President Lesley Di Mare provided the county with information about the impact study process.

Since Amendment 64 was enacted in 2014, the information on the impacts of legalized marijuana in the state has been mostly anecdotal and often times political opinion.

Pace said the CSU-Pueblo studies will make more concrete information on the impacts of legal adult use of marijuana in Pueblo County.

"We are anxious to get that hard data from the researchers at CSU-Pueblo and use that data to address any impacts," Pace said.

Earlier this month Pueblo County voters decided that the commercial aspect of the industry should stay. Proposition 200 asked for a ban on the sale and production of retail marijuana in the county. Proposition 300 asked the same within the city. Both measures failed.

Scholars and CSU-Pueblo students will conduct studies to determine the impact legalized marijuana has on Pueblo County and across the state.

CSU-Pueblo officials said the first of the Pueblo County impact studies will include social economic impacts, water and energy use from facilities that grow marijuana in the county and buffer zone studies.

Under the poverty aspect of the study, scholars will tackle the question as to what degree the legalization has attracted homeless individuals to Pueblo County.

CSU-Pueblo is the first regional comprehensive university to be conducting marijuana research.

"This is obviously exciting using revenue from marijuana tax dollars to research the impacts that are affecting the community both positive and negative," Pace said.

The county commissioners also heard a presentation on the state of the county's Marijuana Excise Tax Pueblo County Scholarship fund.

The county has formed a partnership with the Pueblo Hispanic Education Foundation to administer the fund using marijuana excise tax dollars to match state funding from the Colorado Opportunity Scholarship Initiative.

Jeanette Garcia, a member of Colorado Commission for Higher Education representing the 3rd Congressional District, on Monday told the commissioners that the county will receive $210,685 from the Colorado Opportunity Scholarship Initiative under the contingency that Pueblo County is able to match it. The county will again use marijuana excise tax to match the funding.

Earlier this year, the county received COSI monies in the amount of $226,597. Pueblo County matched that with marijuana excise tax to make scholarship opportunities for high school students in Pueblo County.

Officials are projecting that for 2017 they county will receive $1.2 million in marijuana excise tax revenues, meaning $600,000 will go toward scholarships. Half of the excise tax proceeds fund the Pueblo County Scholarship Fund, the other half goes into a fund for capital projects related to community development.

Officials said a portion of the $600,000 will be used for administrative expenses. The details are still being worked out.

The scholarship would be $1,000 for each eligible student. 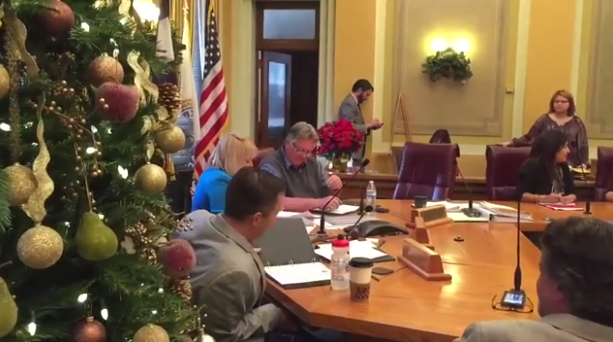