As the Colorado Legislature ended its session last week, the Denver chapter of the National Organization for the Reform of Marijuana Laws celebrated a year of wins on the reform front. "We left our mark, but there's so much work left for us to do," said Jordan Person, executive director of Denver NORML, at a chapter meeting.

The group had appeared at the Colorado Capitol numerous times before the close of the session on May 10 to fight on behalf of cannabis patients, veterans, businesses and families.

Among other things, NORML fought against SB17-184, which would have set rules for marijuana membership clubs and public use in Colorado. That measure went down, a small victory for those advocates who want more freedom in where and when cannabis clubs would be permitted. A task force is now working on another version of the bill, addressing such controversial issues as how to protect private property and the definition of an open space. At the meeting, Denver NORML legal counsel Judd Golden pointed to another reason the social-use bill didn't pass: anti-marijuana sentiment from Attorney General Jeff Sessions and the Trump administration. The House and Senate just didn't know what to do with the bill this legislative session, he said: "The government is worried about the feds cracking down if Colorado legalizes cannabis clubs. They are afraid of what could become a negative headline."

Golden is a familiar face in the State Capitol, and Denver NORML recognized his work at the meeting. "Without his guidance, knowledge and support, our organization would not be able to leave the impression we have on our legislature," Denver NORML said in a statement honoring Golden.

The passage of SB17-017 – the bill that adds stress disorders to the list of qualifying conditions for medical marijuana in Colorado – marked one of the largest wins for marijuana reform advocates. It's also a big deal for those suffering from post-traumatic stress disorder (PTSD), which is a daily battle for many veterans and abuse survivors. Another seemingly small win was the final version of HB 1220, which caps home grows at sixteen plants. But in a positive move for home growers, the language was amended to only include plants that are larger than four inches by four inches. Before that clarification, Denver NORML had warned that even seeds and clones could be counted under HB 1220.

Denver NORML won't stay behind the scenes until the legislature returns in January. The group plans on marching in the PrideFest parade on Sunday, June 18. 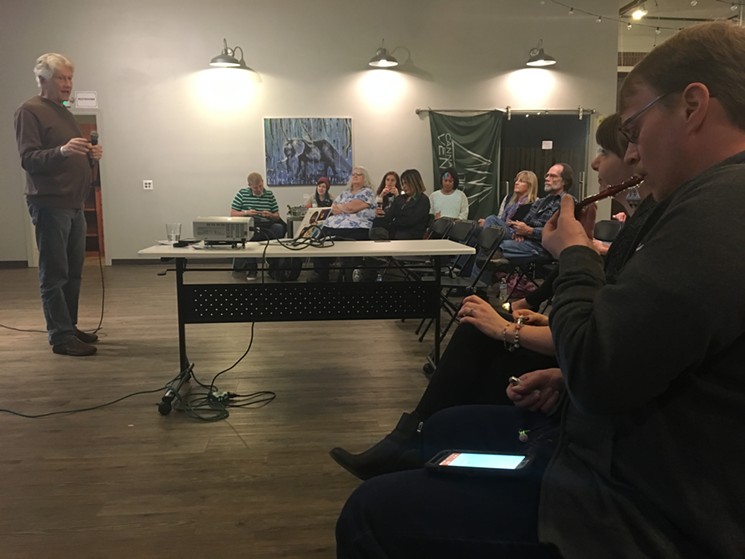