A group of east Boulder marijuana companies located on county land the city plans to annex fear the move will put them out of business because they would be forced to comply with the city's stricter pot laws.

The city is looking to annex 15 properties along 55th Street and Arapahoe Avenue in an effort to bolster municipalization efforts. The properties include seven marijuana operations.

The group is different than the annexation of 16 properties the Boulder City Council OK'd on Tuesday night.

Those businesses, holding a collective 26 licenses to sell and manufacture marijuana products, are currently under Boulder County's jurisdiction. A move to the city would mean a new application process with the city of Boulder, and - because Colorado law requires local approval to maintain a state license - the loss of the state license in the interim.

"We plan on recognizing the county license until (the businesses) got a city license, or issuing a temporary city license until they got their permanent one," Haddock said. "We are giving them a year to get (a city) license. If they need more time for extenuating circumstances, we've got a provision for doing that."

Still, some businesses are concerned because city regulations are more restrictive and might preclude them from operating. Chief among them is a requirement that a marijuana business be located more than 500 feet from any other pot operation.

Haddock said the businesses in the Arapahoe enclave - many of which operate in the same building - will be grandfathered in and won't have to comply with 500-foot set back.

Other conflicts, however, have a less cut-and-dried solution.

Dan Anglin, who co-owns a business with eight licenses in the proposed annexation zone, is particularly worried about a rule that marijuana plants be eight feet from the walls of grow rooms and a 150-lb. restriction on the amount of infused product allowed on-site any given day.

"I typically have 3,500 pounds of candy in process, either infused and curing, curing and being packaged, or packaged and waiting to be shipped," Anglin said. "If they include the weight of the candy, I'm out of business."

His edibles brand, AmeriCanna, ships to 300 stores around Colorado and is one of the largest edibles manufacturers in the state by volume. The business also grows its own marijuana, in 16-square-foot grow rooms.

Abiding by Boulder's 8-foot buffer would force him to tear down walls and redo the ventilation systems at a cost in the hundreds of thousands of dollars.

"Unlike every other kind of business, none of us can get a loan" to fund any construction work, Anglin said, because of the federal restrictions on pot that have mostly kept banks away from dealing with the industry.

"We've invested a lot in this building. I don't want to move."

Haddock said the city will work with Anglin and the other businesses owners to address their concerns, and has already scheduled a site visit to AmeriCanna.

"Most of the businesses are already compliant with Boulder's laws," she said, and the city fully intends to work with those who aren't.

"There's no intent to shut anyone down."

Even with the city's good intentions, business owners say the whole process feels rushed. Many were made aware of changes only two weeks before Tuesday's City Council meeting in which the annexation of the 15 properties was OK'd 5-3 on a first reading by the council.

The matter still has to go before the Planning Board on Thursday night and a second City Council reading and public hearing at a date to be determined.

Haddock said her office has been in contact with property owners for weeks and has begun conversations with many, though not all, of the tenants.

Karin Lazarus, owner of wholesale bakery Sweet Mary Jane, found out about the annexation on Friday evening. She is pleased with the city's response so far but says there are too many variables that could impact businesses in a myriad of ways.

"We might have to make changes to our kitchen, get new equipment, but I don't know exactly what it all is yet," Lazarus said. "They're putting this huge process into place without enough knowledge." 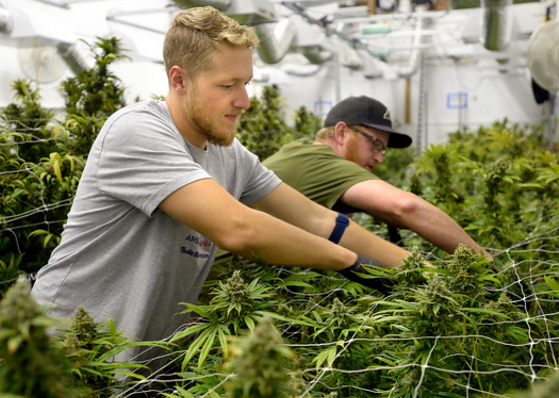