It's been a little more than five years since Colorado's voters approved Constitutional Amendment 64, which legalized recreational marijuana in the state. Sales commenced four years ago this January. Although the amendment passed by a comfortable 10-point margin, the debate in Colorado has continued in the years since prohibition ended, most recently flaring up with an editorial published in the Colorado Springs Gazette. Last month, the Gazette's editorial board referred to what has happened in Colorado as "an embarrassing cautionary tale," before presenting a laundry list of the purported ill-effects of the change in the law.

That list included everything from the smell of burning marijuana, to increased homelessness, to rampant teen drug use, to a doubling of the number of drivers involved in fatal accidents who test positive for marijuana. This last charge is particularly puzzling as there is no reliable DUI test for marijuana, and drug tests can't distinguish between marijuana ingested immediately before driving and marijuana ingested a month or more before driving. Not to be dissuaded by science, the editorial board went so far as to quote Marijuana Accountability Coalition founder Justin Luke Riley, who holds that legal marijuana is "devastating our kids and devastating whole communities."

All of this is doubtlessly music to Attorney General Jeff Sessions' ears, who is presently making noise about increasing the federal government's involvement in the fight against legalization. Sessions is on record as saying that "good people don't smoke marijuana." He has also supported the death penalty for marijuana dealers, lest there be any doubt which way he breaks on matters of drug prohibition. He recently went so far as to refer to marijuana as "a life-wrecking dependency" which is only "slightly less awful" than heroin.

Between Sessions and the Colorado Springs Gazette one could be forgiven for thinking that marijuana legalization is one of the most pernicious political decisions made in the modern era. Except it isn't. And there is a pretty significant body of evidence that indicates as much.

On the most basic level, it should be clear to all that the end of prohibition has not "devastated communities." Colorado is every bit as functional now as it was prior to legalization. Life goes on pretty much as usual. But the breathless assertions that children are somehow being harmed deserves consideration.

As it turns out, teen drug use in Colorado is currently at its lowest level in a decade, this according to the National Survey on Drug Use and Health. A little more than 9 percent of Coloradans aged 12 to 17 report using marijuana. And while that figure is higher than the national average for that age group, it is also the lowest rate in Colorado since 2007-2008. Meanwhile, alcohol, tobacco and heroin use among Colorado teens are all down as well.

So whatever else one might say about the wisdom of legalization, it is impossible to conclude that legalization has increased teen drug use. In no small part, this is due to the tremendous financial incentive legal cannabis businesses owners have to check IDs. Legal cannabis business owners must invest thousands of dollars in licensing fees, and tens-of-thousands of dollars in their physical shops. A business owner who sells to minors stands to lose all of that investment, in addition to going to jail. The corner dealer, not having an investment at risk and facing the prospect of jail time regardless of whether he sells to a minor or to an adult, is much less worried about selling to minors. Of course, black-market marijuana dealers are a lot harder to find in Colorado now too.

It is more likely that there is a larger trend at work given the declines in the consumption of other drugs. Whatever the answer, marijuana usage most certainly did not increase as a result of the change in the law as was often predicted both before and after legalization.

Marijuana opponents like Sessions are quick to identify all sorts of evils that will befall society in the wake of legalization. What opponents conveniently ignore are the myriad evils that befall society precisely because of prohibition. Today, over half a million Americans are arrested each year for marijuana possession. That's more than are arrested annually for all violent crimes combined. Each one of those half-million annual arrests represents a family that is subjected to financial, psychic and sometimes physical harm from police, prosecutors and courts. 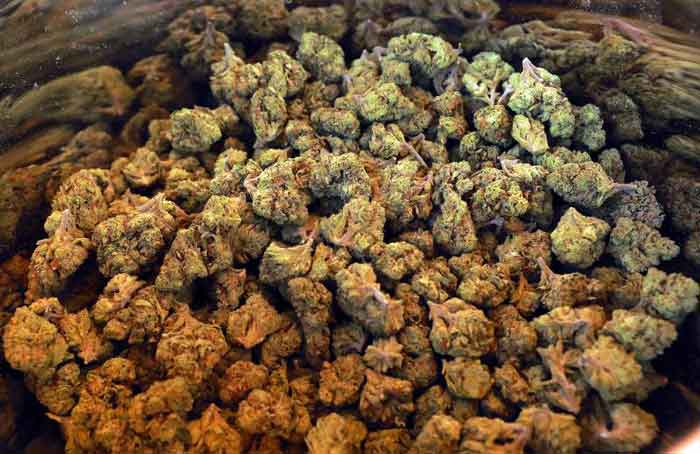 It occurs to me that people aren't happy unless their up in arms bitching about something. Does anybody here remember the 80's? Back then it was Dungeons & Dragons "OMG your kids gonna jump off a building cuz he thinks he's a wizard that can fly!!!!" Or, maybe. Rock n Roll as the devils music. "OMG little johnny listens to KISS he has the devil in him!!!!" My point is this. Everytime we have something that takes over the public consciousness to whatever degree, the crazies come rolling out of the woodwork like clockwork. Every. Damned. Time. There they are screaming that the sky is falling.

Hey Retards. Get a life and get out of mine.

K
What Happens To Colorado Green Rush If Other States Legalize Recreational Marijuana?

Nov 4, 2016
Katelyn Baker
K
K
Colorado Is Using $3M From Marijuana Tax To Provide Food And Housing For The Homeless