Marijuana odor emanating from a north Boulder marijuana grow facility has earned the grow's owner a $10,000 penalty from the city, which says it tried to negotiate better compliance but levied the fine when that outreach failed.

The facility, just west of the corner of Broadway and Lee Hill Drive, is registered as Dandelion Grow and is owned by the same group representing Native Roots Dispensary, the largest pot chain and license holder in Colorado.

It's Dandelion's second violation this month related to odor, which in total has cost the grow $14,000 in fines - more than any other single fine the city has administered since recreational marijuana became legal Jan. 1, 2014.

"We went through a two-month process with this business, attempting to mentor them and address the concerns the community had" about the smell of marijuana that frequently drifts to nearby homes, said city spokeswoman Sarah Huntley. "They have elected not to make the necessary changes to come into compliance."

Boulder's enforcement of marijuana odor regulations, which state that no odor should be detectable from the outside a pot business, is based purely on citizen complaints. In Dandelion's case, there were many.

The owners of the grow did not respond to an interview request.

The aging facility's air control is so poor that neighbors say its emitted odor often wafts a block or more away into homes.

"It's like a really stinky skunk smell," said Heidi Davis, a neighbor who supports the marijuana industry, but has been complaining about Dandelion to the city for a year, because "you can't even really sit on your deck sometimes, it's so strong."

In a letter to the City Council, another neighbor described the odor as "constant and very pungent." A contractor working on homes on Yellow Pine Avenue close to the Dandelion said in a brief interview that it's "every day, and always getting worse."

The council is currently in the process of redrafting some of its marijuana policies, based on recommendations from a city-convened Marijuana Advisory Panel. The panel, comprising industry experts and representatives of local business and education leaders, suggested that Boulder ease some of its notoriously strict pot regulations, including by allowing dispensaries to stay open longer, advertise, sell merchandise and sell medical and recreational pot out of the same building.

The city law that requires pot businesses to fully contain odor is, like many of Boulder's marijuana regulations, tougher than Boulder County's law on the matter; the county requires only that the scent can't go beyond a business' property line.

Notably, though, the panel advised the council that the city's current odor rules are fair.

"What that tells me is that our approach is reasonable," said City Councilwoman Jan Burton, who's been the council's primary liaison to north Boulder residents complaining about Dandelion.

She added, "I think a big percentage of the marijuana businesses are very, very committed to being good citizens. They want to have rules in place, and they want to be viewed as good corporate citizens. I think outliers who are not in that same frame of mind are not OK."

Burton voted at Tuesday's council meeting against a controversial suite of annexations in the area of 55th Street and Arapahoe Avenue, which involves the city unilaterally moving to bring 15 enclaves - unincorporated Boulder County land surrounded by the city - into Boulder. Many of these enclaves house marijuana businesses.

But the annexation passed, 6-3, to the chagrin of affected business and property owners who've opposed the forced, municipalization-inspired plan, saying that it will cost them time and money they do not have to come into compliance with city regulations.

Interviews with Boulder residents last week revealed numerous complaints about pot odor from some of the soon-to-be-annexed parcels, but that may be partially attributable to the fact that those businesses haven't had to fully contain the scent, as they've been playing by county rules.

New ventilation systems are now among the costly items on those businesses' to-do lists, as they reluctantly transition from county to city.

"That's one of the many things that were on the list of differences, and that's why I was not for a hurried annexation," Burton said. "I felt like there was too much to deal with to do it on an emergency basis. There is a huge list of things that are different between the county and the city." 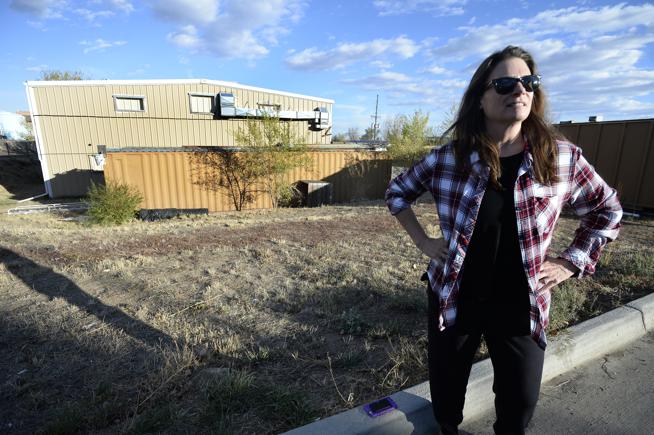 CO: A Big Step Forward For Marijuana In Boulder