Marijuana legalization in Colorado appears to have led to a drop in opioid overdose deaths in that state, according to new research published in the American Journal of Public Health.

The authors stress that their results are preliminary, given that their study encompasses only two years of data after the state's first recreational marijuana shops opened in 2014.

Numerous studies have shown an association between medical marijuana legalization and opioid overdose deaths, but this report is one of the first to look at the impact of recreational marijuana laws on opioid deaths.

Marijuana is often highly effective at treating the same types of chronic pain for which patients often use narcotics. Given the choice between marijuana and opioids, many patients appear to be opting for pot.

From a public-health standpoint, this is a positive development, considering that when compared with opioids, marijuana carries essentially zero risk of a fatal overdose.

They also attempted to correct for a change in Colorado's prescription-drug-monitoring program that happened during the study period. That change requires all opioid prescribers to register with, but not necessarily use, the program in 2014.

Overall, after controlling for both medical marijuana and the prescription-drug-monitoring change, the study found that after Colorado implemented its recreational marijuana law, opioid deaths fell by 6.5 percent in the following two years.

The authors say policymakers will want to keep a close eye on the numbers in the coming years to see whether the trend continues. They'd also like to see whether their results are replicated in other states that recently approved recreational marijuana, such as Washington and Oregon. 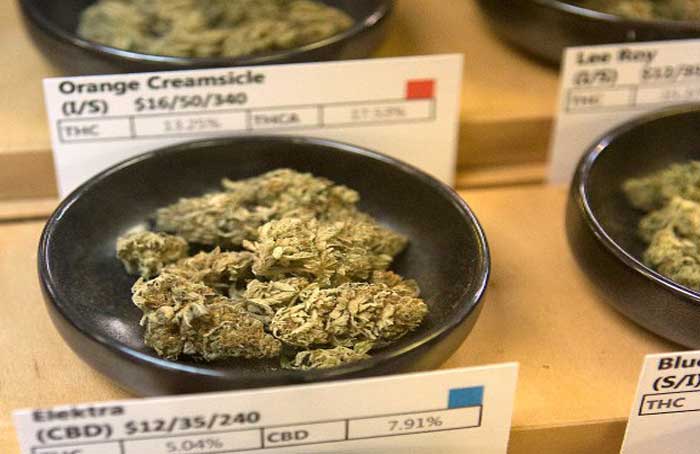