Coalition Calls For Increased Access To Medical Marijuana For Patients

A coalition of legislators, care givers and patients are supporting legislation that seeks to abolish a list of approved conditions for which medical marijuana can be prescribed, saying doctors should have the ability to decide who would benefit from the drug.

"The best people positioned to make medical decisions about the patient are in fact the patient and his or her doctor," stated representative Mark Dion, who plans on submitting a bill to the legislature that would allow doctors to decide what illnesses or conditions should be treated through the use of marijuana.

"This is a safe medicine. It is an effective medicine. We want to be able to bring it to more people, not just the severely ill," explained Dr. Dustin Sulak, an advocate for the proposed legislation.

"The list of conditions under which I was operating was limited, and didn't make a lot of sense from a medical perspective," he added. "Of course, under any other medical treatment, it is the physician's ability to evaluate the risks, the benefits, and the particular individual situation of the patient."

Not everyone agrees the law needs to be changed. The Maine Medical Association (MMA), which represents more than 3600 Maine physicians and medical professionals, says marijuana is different from most drugs doctors prescribe, because it is a Schedule 1 drug under federal law and therefore illegal to posses.

"The physicians don't necessarily oppose adding conditions, so long as those conditions and diseases have behind them some science, evidence that these particular conditions are assisted by medical marijuana," said Gordon Smith, executive director of the MMA.

Smith says if the state allows doctors to prescribe marijuana for any condition, they might as well legalize it for everyone.

Medical marijuana advocates say changing the law will help treat people who are now forced to either treat themselves illegally by buying marijuana on the black market, or continue using other methods that may not be providing them with the benefits medical marijuana could provide for them. 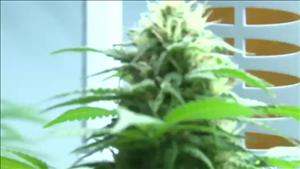