Counties and cities have a right to tax their citizens to help the government pay for services – but taxpayers have a right not to be gouged.

Two separate bills in Colorado's legislature would allow counties – with approval from voters – to assess a special sales tax on recreational marijuana even if municipalities in those counties already have a special tax in place.

This effectively would be a double tax, and that should not be allowed.

A simple way around the problem would be to amend the legislation so that a county couldn't levy a special retail marijuana tax in areas that already assess such a tax.

But that sensible amendment unfortunately was rejected in a Senate committee meeting.

House Bill 1070 would do roughly the same thing.

Hodge says she was asked to carry the bill by officials from Adams County, where nearly 55 percent of voters in November approved a 3 percent county tax on retail marijuana that will go into effect in 2016.

The problem is voters in two municipalities in the county also approved special sales taxes on retail marijuana. Both Aurora and Northglenn have a 2 percent sales tax to help pay for licensing and regulating pot sold in stores.

If counties are allowed to double-tax pot, it will gouge consumers as well as put stores in those municipalities at a distinct disadvantage.

The total sales tax in Northglenn on retail pot, including state, county and city taxes, would be 23.75 percent. Outside Northglenn, the tax would be 20.75 percent in the county.

Adams County officials say they need to tax businesses within municipalities to pay for retail pot's impacts on county services.

Kevin Bommer, deputy director of the Colorado Municipal League, has a good point when he says cities don't have the same recourse to impose a county-wide tax to offset impacts from businesses outside of city limits.

The state should be wary about allowing counties to begin selectively taxing products from within cities.

Lawmakers should follow the same rule built around the lodging tax, which prohibits a county tax from being charged in municipalities that levy their own lodging tax.

Governments may see a windfall from pot taxes, but let's not get greedy. 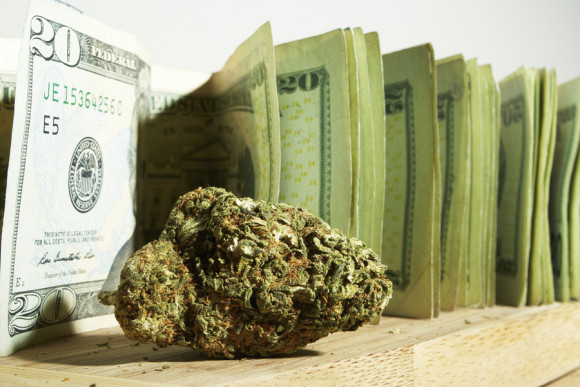