The end of hemp prohibition in America has commenced. Some farmers in Colorado have already begun planting hemp, and all Colorado farmers can officially register to grow the crop come March 1. Glenwood Springs based company EnviroTextiles, LLC is the manufacturer and importer of more than 100 hemp fabrics world wide. Farmers from across the country have been contacting them daily, asking about machinery, harvesting and processing. They also have many other questions about the budding industry.

Summer Star Haeske, COO and International Sales and Marketing Director of EnviroTextiles, said, "Colorado is leading the nation in being the first state to go forward with allowing our farmers to grow industrial hemp and start to build a viable industry." The Colorado Department of Agriculture and the Industrial Hemp Advisory Committee have worked to draft rules and establish registration and inspection protocols. Among them, all registrants are subject to sampling of their industrial hemp crop to verify the THC concentration does not exceed three-tenths of one percent.

President and Lead Product-Developer for EnviroTextiles, Barbara Filippone, said, "The number of inquiries from farmers is unprecedented." She says she receives a minimum of five calls per day. Filippone is a main player in the hemp industry. When asked if she could see this being a multi-million dollar industry in Colorado, Filippone replied, "Billion."

However, one factor of the industrial hemp business remains unclear. "Where do we get our seed? Which is not really being publicly clarified," said Filippone. Importing hemp seed is illegal. Ron Carleton, Deputy Commissioner for the Colorado Department of Agriculture, tells NewsChannel 5, "Because of federal law, importing seed into Colorado is not a viable, legal option. So growers will have to obtain their seed from within the state. We will not require that registrants identify the source of their seed as part of the registration process."

Filippone recommends farmers register in order to grandfather the cost of the license, however, she cautions farmers to wait before growing. From her professional standpoint and observations, Filippone believes crops should not be planted until it's federally secured and endorsed. Without that security, too much risk lies on the farmer. "I will not allow the farmers 'don't ask don't tell'. They have too much risk," she said. 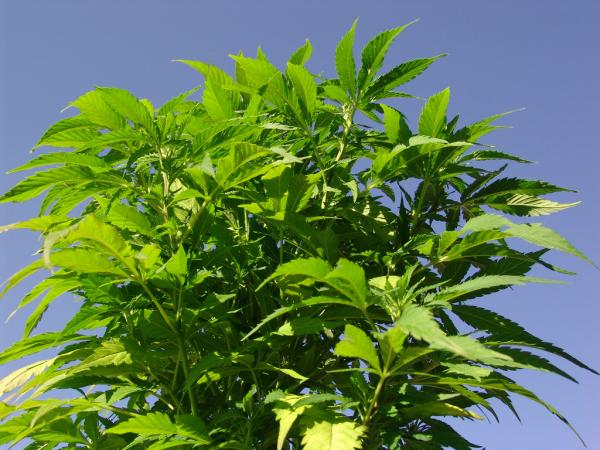 There will come a day when there's no thc restriction and it will completely overshadow all other industrial crops combined. When cbd hits the same level of production as ibuprofen we'll have genetically engineered crops that can be turned into cheap renewable lumber and paper and at the same time, medicine for a stomach ache etc.
Guess is too short a word for a professor, hence they use hypothesis.

This is great news! Makes me want to buy farm land in CO.
Happy Trails

"The tragedy of modern war is that the young men die fighting each other - instead of their real enemies back home in the capitals." ~Ed Abbey
"One man alone can be pretty dumb sometimes, but for real bona fide stupidity, there ain't nothin' can beat teamwork." ~Ed Abbey
"We are what we think. All that we are arises with our thoughts. With our thoughts, we make the world." ~Buddha
"Preach often and when necessary use words." ~St. Frances