Denver, CO – A campaign to legalize small amounts of marijuana for adult recreational use in Colorado is aimed at middle-aged, budget-conscious voters – not the pot smokers typically associated with such efforts.

Two marijuana legalization advocates started a signature drive Thursday to put a constitutional amendment on the ballot that they say would regulate and tax recreational marijuana to raise money for schools without making make weed available to all.

The representatives of the "Campaign to Regulate Marijuana Like Alcohol" wore suits and stood on a public lawn before the state Capitol and made their case that marijuana legalization would raise needed tax revenues and save money spent on arresting and prosecuting small-time pot users.

Again and again, they talked about how they would aim to limit the legalization effort – only for adults and only in small quantities.

"It'll be the strictest control and regulation of marijuana in history," said Brian Vicente of Sensible Colorado, a pot-legalization group that helped put forward the proposed ballot measure.

Another of the organizers, Mason Tvert, said the campaign wants to appeal to Republicans and older voters, not just young people who typically turn up at smoke-filled pot rallies. A 2006 measure to legalize marijuana in Colorado was soundly defeated, as was a legalization measure last year in California.

"We think this is going to appeal to a lot more people," Tvert said.

If approved, the measure would make small amounts of pot legal starting in 2013. Marijuana could be sold at newly designated stores and subject to state licensing. Adults would be allowed to have up to six plants. And pot would be subject to sales taxes and an additional state excise tax of 15 percent, with the money designated for public schools. The proposal allows local governments to prohibit commercial pot sales.

Tvert and Vicente brushed aside concerns that the amendment would set up a federal showdown over marijuana. They point out that medical marijuana is also illegal under federal law, but 16 states allow its use.

"It's time for states to step up and take the lead on recreational marijuana the way they did on medical marijuana," Vicente said.

But the suggestion to heavily regulate pot has miffed some marijuana activists, who are working on a rival proposal with fewer restrictions on marijuana. Laura Kriho of the Cannabis Therapy Institute said in a statement to reporters the existing petition shouldn't be considered full legalization.

"It is merely sentencing reform, nothing more," the statement to reporters said.

A ballot measure needs about 86,000 valid signatures to make ballots next year. 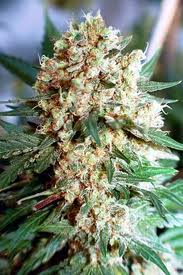 Should Marijuana be Legalized in Colorado?