The powerful Colorado Cannabis Chamber of Commerce "[has] not and will not" endorse the latest proposed changes to the state 's edible marijuna regulations that call for the placement of a "THC Stop Sign" on each pot-infused package and marijuana serving.

A Cannabis Chamber spokesman told Food Safety News the marijuana industry group cannot go along with the "stop sign logo as we believe it is sending a political message to stop THC."

Almost two years ago, when Colorado became the first state to make recreational marijuana use legal, it led to the birth of a booming new industry that infuses food and beverages with marijuana. The state currently has 134 manufacturers licensed to make "infused" food and beverage products.

Those products account for about half of all legal retail marijuana sales. Those sales just topped $50 million for June, but they've also turned out to be something of a Rubik's cube for state marijuana regulators.

Since marijuana prohibition ended, state lawmakers have kept the pressure on regulations to make edibles easily identifiable – even outside their packaging.

Last year's idea called for using the familiar marijuana weed symbol to mark the packaging and all the servings. Parents said the weed symbol would make edibles too attractive for children.

THC, or tetrahydrocannabinol, is one of more than 60 active ingredients in cannabis, but it is the one responsible for the high that gets "baked" into all those food and beverage products. That's why the "THC Stop Sign" is a non-starter with industry.

Other potential new rules being floated by the Marijuana Enforcement Division (MED) in the state's Department of Revenue include prohibiting edibles from being labeled as "candy," requiring edibles to be "made from scratch," and implementing standard measurement procedures.

The stop sign markings would be required on individual pieces or servings, not just the outside packaging. Beverages would be limited to single servings with 10 milligrams of THC each.

Diane Carlson, spokesperson for the parent group known as Smart Colorado, praised the proposals, saying they would allow children and teenagers "to know when and if marijuana is in a food, candy or soda." Smart Colorado wants "the state to implement the proposed rules as quickly as possible," according to Carlson.

The MED has set aside both Aug. 31 and Sept. 1 as public hearing time to take testimony on permanent marijuana rules.

Last year, the Colorado Department of Public Health and Environment (CDPHE) said product packaging labeling, child-resistant packaging and the ability to protect edibles in production, storage and transportation from foodborne pathogens all had to be addressed.

The initiative that made marijuana legal in Colorado limits its regulation to the Department of Revenue. CDPHE is one of about 20 "stakeholders" that the MED has invited to participate in the marijuana rule-making.

Johnny Green, Oregon marijuana activist and author of The Weed Blog, wrote Thursday about the push-back by the Cannabis Chamber "against a culture of dangerous potential overregulation of legal cannabis edibles in Colorado." 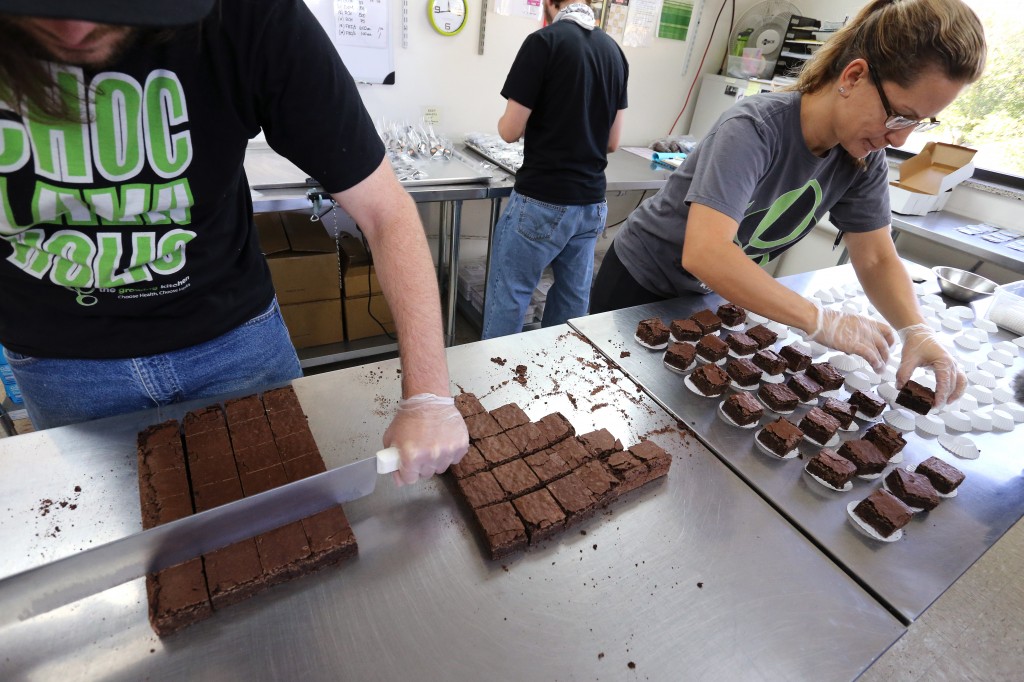 Parents said the weed symbol would make edibles too attractive for children.

Indeed it would, kids that would want infused edibles would not care what symbol was on so long as they know what the symbol means. Smart Colorado is either not smart or very naive.
Weed might be a commodity but cannabis isn't.
- Swami Chaitanya -