Colorado has received more than half a billion dollars in tax revenue from marijuana sales since recreational sales became legal in 2014.

The benchmark was made in May, but was analyzed in a report released on Wednesday by VS Strategies in Denver based on publicly available data from the Colorado Department of Revenue.

Through May 2017, sales have already totaled around $96 million, according to the report.

On Wednesday, Mason Tvert and Brian Vicente of VS Strategies will present Rep. Jonathan Singer with a check for a half-billion dollars to mark the occasion.

"Legalizing, regulating, and taxing marijuana for adult use has generated hundreds of millions of dollars in new revenue for Colorado," Tvert said. "Marijuana tax money has been used to improve a wide range of programs and services."

"We hope lawmakers will continue to distribute these funds responsibly and not lose sight of what voters intended when they opted to regulate and tax marijuana similarly to alcohol," Tvert said.

Tvert added that the funds raised by marijuana sales "is having a significant and positive impact on our community."

According to the report, 51.3 percent of the funds have gone to schools. While others have gone to things like criminal justice and substance abuse programs.

The city of Aurora has allocated $1.5 million in cannabis tax revenue to help fight homelessness in the city as well as improve roads and help build a new recreation center, according to the VS Strategies report. 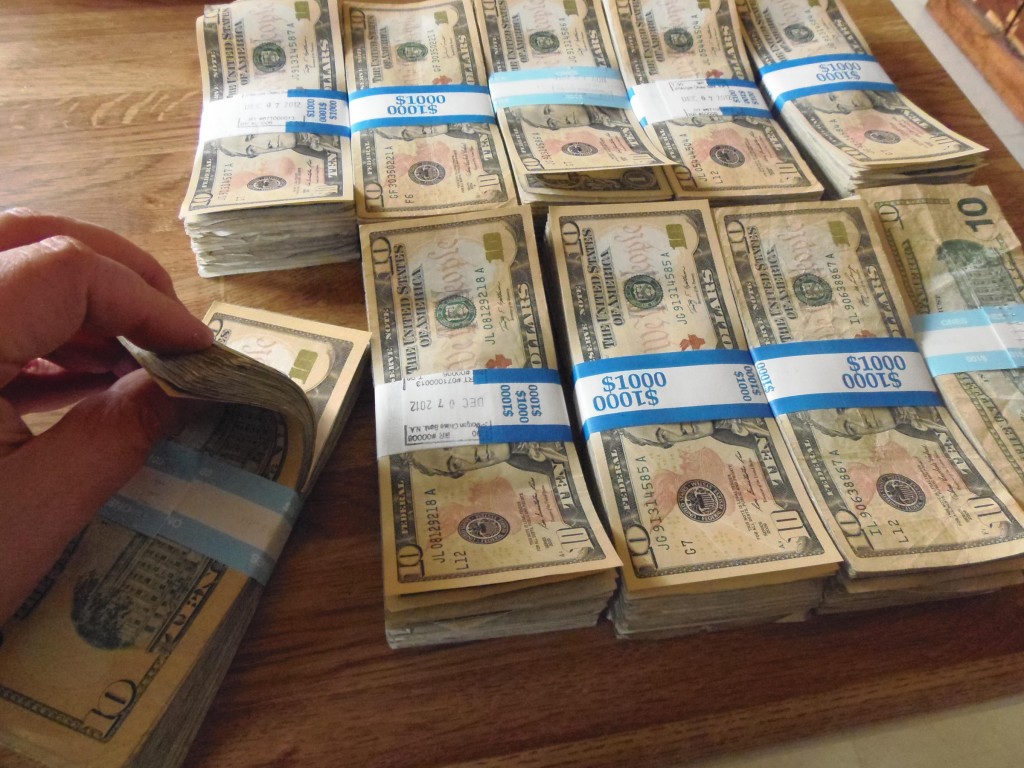 May 27, 2016
Christine Green
C
R
ON: Marijuana Tax Revenue Paying For Sidewalks, Schools In Colorado. Why Not Here?