The operators of a now-defunct Denver dispensary who are challenging the IRS on a tax code that views marijuana businesses as illegal operations, and thus ineligible to claim otherwise deductible expenses, will have to wait a few more months for their day in court.

The trial in the U.S. Tax Court case filed by former owners of Total Health Concepts against the Commissioner of Internal Revenue was originally scheduled to begin Monday, but has been continued until later this year, according to a court order filed this week.

That case, which could move to the nation's capital from Denver, is being viewed by some in the marijuana industry as potentially precedent-setting. It also comes at a time when legislators and the industry are navigating the thorny interplay of Colorado's legal and regulated marijuana businesses with federal law that views them as criminal enterprises.

The former owners of Total Health Concepts, which shuttered in 2012, claim that the Internal Revenue Service erred in denying deductions and credits from business-related expenses, resulting in hefty tax bills and post-audit adjustments totaling upward of $150,000.

Under section 280E of the Internal Revenue code, neither deductions nor credits can be taken for businesses trafficking in illegal drugs.

The application of 280E penalizes a business that is legal in Colorado, attorneys for Kellie McDonald and Neil and Andrea Feinberg alleged.

"While marijuana is a controlled substance ... Colorado's dispensing of medical marijuana is not in violation of the (Controlled Substances Act)," THC's lawyers argued in complaints filed in May 2013.

IRS officials, in legal responses and via a memorandum issued earlier this year, say their agents were properly enforcing the tax code.

"In general, gross income is total sales, less cost of goods sold, and taxable income is gross income less allowable deductions. ... The Supreme Court has interpreted this distinction; the rule is that Congress may tax gross income, and that business expense deductions are not constitutionally required," according to the IRS's responses filed in October 2014.

Rachel K. Gillette, a Lafayette-based attorney with a focus on cannabis law, said the IRS's application of 280E is a means of "back-door enforcement" of business owners in the marijuana industry via taxing them on income that essentially was never realized.

"A lot of these individuals are not able to pay their tax bill when it comes due," said Gillette, who is not connected to the THC case. "Unfortunately, that affects their ability to stay licensed." 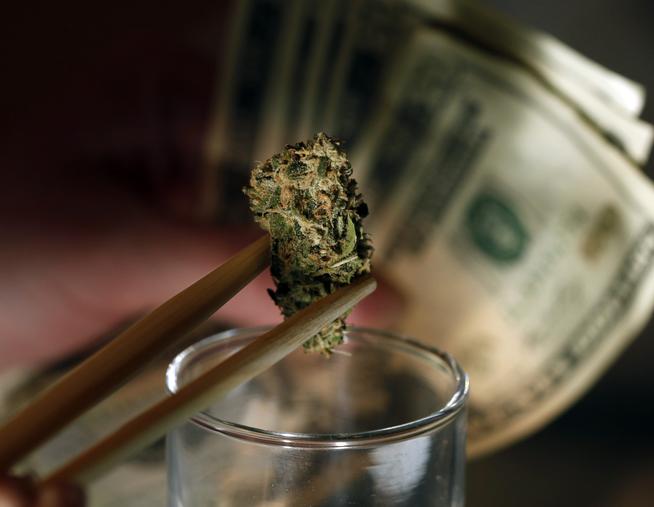