Hundreds of law enforcement professionals including Denver's U.S. District Judge John Kane have come together on a curious quest: Saying the drug war has failed, they want to legalize drugs.

Some are very nuts and bolts, saying the war on drugs has cost trillions of dollars while only making the problem worse. Others like Kane, while agreeing on that point, are more philosophical. "Our national drug policy is inconsistent with the nature of justice, abusive of the nature of authority, and ignorant of the compelling force of forgiveness," he says on the web site of Law Enforcement Against Prohibition.

Tony Ryan, who was a Denver police officer for more than 35 years, told The Colorado Independent that not only has the drug war been utterly ineffective but that it has also been counterproductive in many important ways.

He says the war on drugs is the number one reason cops become corrupt. "It's the money. These drug cartels don't care who they kill. Even a good cop, faced with the choice of 'take this money or we'll kill you' will often take the money. And it is getting worse. Drugs are a vicious business," he said.

Ryan, now retired, says he never worked in narcotics but that illegal drug trafficking puts every cop's life at risk and puts every cop in the position of potentially being offered the take a bribe or die proposition.

"If you stop someone for a minor traffic matter and drugs are visible, you have to do something about it," he says simply.

He notes that the online DrugWarChronicle has no problem coming up with a new story every week about corrupt law enforcement professionals.

"The war on drugs is an addiction because of the money police departments get," Ryan says.

He notes that in Denver the pressure to make high-profile arrests has led to the loss of innocent life.

With budgets down everywhere, he says one reliable source of funds for police departments is money for drug enforcement. "They don't hire more officers," he said. "They use the money to avoid layoffs, and they shift people from other uses to drug enforcement."

Ryan is among those circulating petitions for Colorado's Regulate Marijuana like Alcohol initiative. He also serves as a public speaker through LEAP.

"We give members of law enforcement, who saw the drug war up close and risked their lives for it, a voice," Tom Angell, spokesman for the group, told the Colorado Independent. "They will almost universally tell you that the drug war distracted them from the mission of solving crimes and ensuring public safety."

He says LEAP wants to see all drugs made legal. "There is no drug that is made safer to the public by turning its manufacture and distribution over to cartels and gangs. You don't want gangs selling drugs on your street corners, but that is what you have," he said.

The FBI released a report this month showing that even while drugs may be for sale on a street corner near you, it is not for lack of effort that the drug war is being lost. Last year, in the United States, 1.6 million people were arrested on drug charges, with more than 80 percent of those arrested on possession charges. Just under half of all arrests were for simple possession of marijuana.

"Since the declaration of the 'war on drugs' 40 years ago we've arrested tens of millions of people in an effort to reduce drug use. The fact that cops had to spend time arresting another 1.6 million of our fellow citizens last year shows that it simply hasn't worked. In the current economy we simply cannot afford to keep arresting three people every minute in the failed 'war on drugs,'" said Neill Franklin, a retired Baltimore narcotics cop who now heads the group Law Enforcement Against Prohibition (LEAP). "If we legalized and taxed drugs, we could not only create new revenue in addition to the money we'd save from ending the cruel policy of arresting users, but we'd make society safer by bankrupting the cartels and gangs who control the currently illegal marketplace."

It goes without saying that plenty of people still believe the war on drugs is worth fighting. Colorado Attorney General John Suthers said in a recent public forum that if marijuana were legalized in the United States, the cartels would simply move into new lines of business.

Angell said continuing the current policies of prohibition serve no purpose, arguing that drug use in the United States is higher than almost anywhere else in the world. "Almost half of all American adults admit to having used illegal drugs. Everyone who wants to use drugs already is using drugs," he said.

Angell said that making drugs legal and treating addiction as a health issue would save money and lives.

"Who do you want controlling the supply of drugs? Gangs, cartels, the Taliban, or the government?" he asks.

When the city of Lafayette proposed increasing the fine for possession of marijuana from $100 to $1000 and a year in jail, Frieling resigned. In his resignation letter, dated 2-12-2007, he wrote, "I cannot in good conscience sit on the bench while being unwilling to enforce the municipal ordinances... I personally cannot support such a misguided law. Have you considered that for some, cannabis is medicine? Have you considered the relatively benign effects of the drug compared to alcohol?"

The city backed down, but Frieling was done as a judge. He works today as an attorney, doing mostly criminal defense, including a lot of drug defense work.

"A new report shows that more people in the United States are killed by prescription drug overdoses than by traffic accidents," Frieling said.

In fact, he's right. A story aired this week by ABC News, says that for the first time in history more people in the U.S. are killed by drug overdoses than traffic accidents and that the bulk of those deaths come from accidental overdoses of prescribed opoids. ABC News reported that cases of addiction to prescription drugs is up 400 percent in the last decade.

He says if efforts to legalize drugs are successful, he will smile as his job as a drug defense attorney is eliminated.

"Drug prohibition is such a waste of resources and it does so much damage to lives, and creates so much violent crime," he says.

Frieling said that people who abuse drugs have a health problem that needs to be addressed. "You can't charge someone with a felony because of a health problem and then expect them to pull themselves out of the gutter."

Frieling says that up until the 1910s all drugs were legal in the United States and that the rate of drug abuse in the country was about the same as it is now. "If you can't win a war in 40 years, you probably can't win the war. At some point you need to face the fact that the war cannot be won." 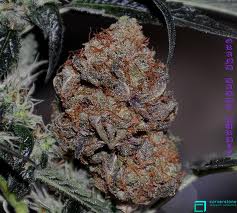 Cops Say Forty Years of War on Drugs is Enough