An attorney for the U.S. Federal Reserve has asked a federal judge in Denver to dismiss a companion lawsuit by Fourth Corner, saying that chartering a bank for marijuana businesses would be "criminal".

The judge and both attorneys bemoaned the lack of action by Congress on this issue that could clarify the legality of banks accepting money from the industry.

The federal judge faces a question whether the pot industry which is not nationally legal, should be allowed to utilize financial help from banks. The FCCU received its charter from the state in 2014 and has been trying to gain approval from federal regulators ever since.

U.S. District Judge R. Brooke Jackson presided over a two-hour case in Denver Monday, as Fourth Corner is suing the Federal Reserve due to its refusal to issue the credit union a master account and corresponding routing number.

And there's more on this week's Cannabis Calendar.

"I would be forcing the reserve bank to give a master account to a credit union that serves illegal businesses", Jackson said.

The Federal Reserve, which is a private entity but acts as the fiscal agent of the government, is standing in the way of Fourth Corner Credit Union. Jackson twice called existing federal guidance on marijuana money a "nothingburger", meaning that memos from the Treasury and Department of Justice don't solve the federal-state conflicts caused by legalizing pot.

"Even transporting or transmitting funds known to have been derived from the distribution of marijuana is illegal", a motion said. They could include a clause that prohibited violation of federal drug laws. "My job is to apply the law, and the law says it's illegal".

"It is not the goal and intent of the Federal Reserve of Kansas to go after the marijuana industry", he said.

"Federal legislators have introduced multiple relevant bills that would address the issues", the Federal Reserve argues.

To approve Fourth Corner would mark the first time a de novo organization would receive a master account "without having first established a correspondent banking relationship", Barker said.

"We think there ought to be banking and regulation".

But should pot sellers be able to use the nation's banking system as long as marijuana is an illegal drug? 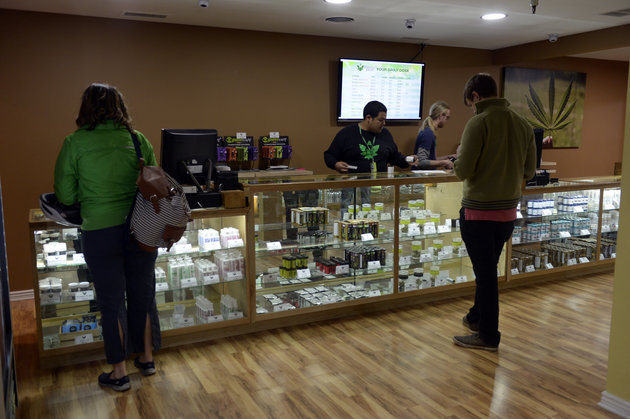