Colorado Raised More Tax Revenue From Marijuana Than From Alcohol

It clocked in at $70 million last fiscal year alone.

Legal recreational marijuana is a boon for tax revenues in Colorado, according to new figures from the state’s Department of Revenue, outpacing revenue from alcohol taxes in the fiscal year ending on June 30.

Colorado collected almost $70 million in marijuana taxes during that time, nearly double the $42 million collected from alcohol taxes. The state had a tax holiday for marijuana on Wednesday, an event that was welcomed by consumers and producers alike. The sales tax holiday underscores the sheer productivity of marijuana taxes, Mason Tvert, director of communications for the Marijuana Policy Project, told the Colorado Spring Business Journal.

“Marijuana taxes have been incredibly productive over the past year, so this tax holiday is a much-deserved day off,” Tvert said in a statement. “This will be the one day out of the year when the state won’t generate significant revenue. Over the other 364 days, it will bring in tens of millions of dollars that will be reinvested in our state.”

Tvert’s prediction isn’t an exaggeration, as Colorado’s data indicated that the 10% retail tax on marijuana and 15% excise tax for large wholesale weed has been fruitful.

Colorado voters legalized marijuana sales and use for recreational purposes in a 2012 voter referendum.

On the state’s one-day tax holiday, shoppers saved about $20 an ounce on Wednesday, but distributors saved roughly $300 a pound, with one grower telling ABC he “probably saved $45,000 before lunch.”

Colorado netted about $69 million from marijuana taxes in the fiscal year that ended June 30. That figure included about $43 million from a 10% sales tax on retail sales and about $26 million from a 15% tax on wholesale sales. And the figures don’t include regular state or local sales taxes, meaning final revenue for legal recreational marijuana sales was actually higher. 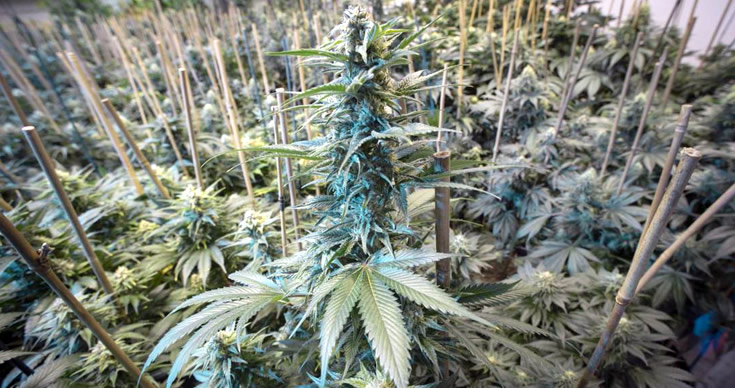 K
Here's The Tax Revenue Alabama Would Get From Legalized Marijuana