Colorado sold a record amount of recreational marijuana in February, according to the state, with around $39 million in sales. That's nearly $3 million more than the previous month.

Another important indicator in Colorado's complex pot taxes is the amount dedicated for public schools, and that monthly total was more than $2 million for the second consecutive month in February. In January, the excise tax on wholesale marijuana transfers raised more than $2.3 million for schools, and in February it totaled $2.1 million.
Colorado had more than $800 million in legal marijuana sales from Feb. 2014 to Feb. 2015. One state lawmaker says he envisions cannabis clubs becoming more and more like traditional bars. 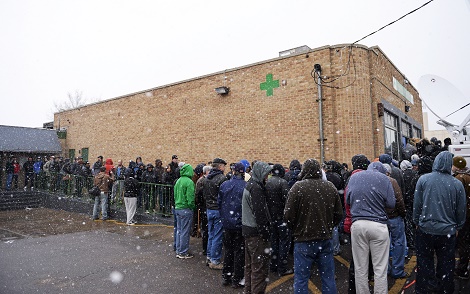