The Colorado Supreme Court​ may soon take up a debate that could fundamentally alter Colorado's medical-marijuana landscape.

The question: Does Colorado's constitution, amended by voters in 2000 to include a medical-marijuana provision, give people a right to cannabis?

The Colorado Court of Appeals this summer said no, in a case involving a man fired from his job over legal medical-marijuana use. That man, Jason Beinor, has now asked the state Supreme Court to review his case.

What the court decides will have broad-reaching implications for medical-marijuana law.

The legality of the state's dispensary regulations, the limits the state puts on how many people small-time caregivers can serve, and the boundaries the state places on when and where people can use medical marijuana all could rest on the court's answer. The fate of a number of lawsuits challenging those laws hangs in the balance, not to mention the viability of dispensaries in communities that have banned or are considering banning the businesses.

"It's a very big question," said attorney Andrew Reid, who is representing Beinor in his petition to the supreme court. "It's a very important question."

Medical-marijuana advocates contend the state constitution creates a fundamental right to medical marijuana, equal to state protections of due process or speech. If that is the case, then it would be illegal for the state to infringe upon patient access to medical marijuana. Dispensary bans would likely be struck down, as would caregiver patient caps.

"If they rule against us, then no one has any rights, and amendments to the constitution don't seem to mean anything," said Kathleen Chippi, the leader of the Patient and Caregiver Rights Litigation Project, which backs Beinor's appeal and is suing to overturn dispensary bans. "If they rule in our favor, then we have set precedent nationwide."

But others, most notably the state attorney general's office, say the constitution merely opens up a hole in the state's criminal law to give an exemption to marijuana used medically. That would mean the state has no obligation to make sure medical-marijuana patients can actually obtain cannabis. Employers could fire workers who use marijuana. Colleges wouldn't need to accommodate students' medical-marijuana use.

That's the logic the Court of Appeals sided with in August. The court ruled that Beinor – a legal medical-marijuana patient who was fired from his job as a 16th Street Mall street-sweeper after testing positive for marijuana even though he wasn't impaired at work – wasn't owed unemployment benefits because he was fairly dismissed.

"[T]he constitutional amendment was not intended to create an unfettered right to medical use of marijuana," Appeals Court judges David Richman and David Furman wrote in their majority opinion.

A third judge on the court panel, Richard Gabriel, disagreed, saying the constitution does create a right to medical marijuana and that Beinor should be given unemployment benefits.

Beinor, Gabriel wrote, "was denied benefits solely because he exercised his constitutional right to use medical marijuana."

Reid said he leaned heavily on Gabriel's dissent when writing his petition asking the state Supreme Court to review the case. The court will likely make a decision in the next month. If the court decides not to review the decision, the Appeals Court's majority opinion stands as the final word.

Either way, medical-marijuana attorney Warren Edson doesn't think the case will be as far-reaching as predicted. Instead, he said the Appeals Court's decision might be confined only to the narrow world of employment law. Applying it beyond that, Edson said, would be a stretch.

"It would just be about that individual's right to use cannabis without their job being at risk," he said. 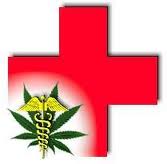