Colorado voters are not regretting their decision last November to legalize recreational marijuana, judging from a poll released Thursday by Quinnipiac University.

Fifty-four percent said they support the state constitutional amendment permitting pot, while 41 percent said they oppose it -- roughly the same division as those who voted on the 2012 ballot initiative. Nationally, support for legalizing recreational marijuana stands at just over 50 percent.

In Colorado, opinions split along the usual partisan lines: 73 percent of Democrats favor the law, compared to 54 percent of independents and only 35 percent of Republicans.

Younger voters were also far more likely to say they back marijuana legalization: 74 percent of Coloradans between 18 and 29 support the law, while just 39 percent of those 65 and older do.

A 54 percent majority said they think legalization in Colorado will lead to illegal sales of marijuana across state lines. But only 42 percent worried that legal access will lead to drug abuse problems.

Slightly more than half of voters said they had tried marijuana before, although just 15 percent said they planned to smoke it after recreational marijuana sales begin in Colorado next January. 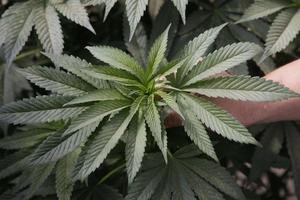