All of a sudden, this sleepy town, population 150 is a destination. That's because Mike Kollarits owns the only marijuana shop in eastern Colorado. Sedgwick Alternative Relief is a double-wide trailer that is drawing customers from around the country. "Pandora's box has been opened," Kollarits said. "And we are generating tremendous amounts of revenue, not only for the state of Colorado, but for the municipalities."

Still, posted signs warn buyers that taking their purchases out of the state is against the law. "We want everyone to know: don't go east with this," Kollarits said. "Don't do it. We have made it a point to not advertise anywhere along the highways leaving Colorado." But that's not stopping Jim, who asked not to have his last name published. He said he drives an hour-and-a-half to buy pot here every two weeks and then take it back home to Nebraska – illegally. "I could go to jail," he said. "It's still worth it for me. Very much worth it." Zach, 22, who also wanted his last name withheld, bought edibles for his road trip back to Pennsylvania. "Cause there's really nothing wrong with it," he said of using marijuana. "Alcohol is way worse."

But just a few miles away from that dispensary is the Nebraska border and in that state, there's a very different view of Colorado's social experiment. After Colorado, which legalized recreational marijuana use on Jan. 1, opened the floodgates for cannabis businesses and their customers, border towns are grappling with the consequences. "It's doubled our workload," said Chief B.J. Wilkinson of the Sidney Police Department in Nebraska, adding that so far this year, his officers have made more marijuana-related arrests than all of 2013.

"In a state where it's still illegal," Wilkinson said. "My guys can't turn a blind eye when someone's in possession of even a personal use amount. ...That's a fight that's like standing in the middle of a river by yourself. It would be easier to turn around and float with the current, but I'll be damned if we're gonna do that." He said the state is already feeling the financial consequences. "It's a significant impact on the entire judicial system," Wilkinson added. "Guess who pays for that? You and I – the taxpayers." It's a concern not just in Nebraska, but Wyoming and Kansas – where marijuana seizures had shot up 61 percent, the head of the Drug Enforcement Administration, Michele Leonhart, testified before Congress earlier this year.

Further south, Oklahoma authorities say there's a new pipeline from Colorado slicing through their state. "What we're seeing is high-grade, high THC content of marijuana coming from Colorado," said Darrell Weaver, the director of the Oklahoma Bureau of Narcotics. "It's illegal in Oklahoma and we're going to stop that supply." Police insist they're not profiling drivers – just finding the weed during regular traffic stops. But marijuana advocates don't buy it.

"I have many clients that tell me the first thing they get asked when they get pulled over in Kansas or Nebraska with Colorado plates is, 'Where's the marijuana?'" said Sean McAllister, a Colorado defense attorney. "And that's a problem." It's a problem that Kollarits, the marijuana dispensary owner, is urging his customers to avoid altogether. "I want to be known as the first stop in Colorado," he said. "Not the last stop on your way home." 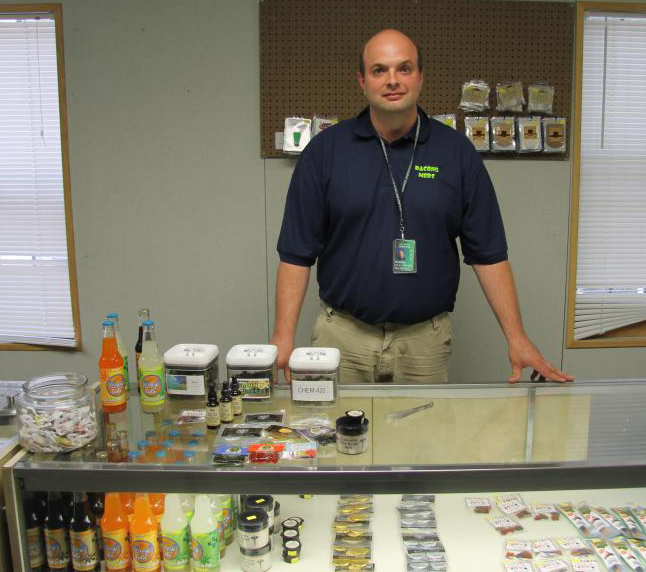