Colorado's Pot Tax Tally Has Lessons For Other States

Marijuana makes money. But legalizing it has not fully eliminated the black market or solved the state's budget problems.

Those are the lessons from Colorado's first full year of tax collections on recreational pot. The year-end report, released Tuesday, tallied about $44 million in new sales taxes and excise taxes from recreational pot.

Add fees and pre-existing taxes from medical pot, which has been legal since 2000, and Colorado's total 2014 pot haul was about $76 million.

Colorado was the first government anywhere in the world to regulate marijuana production and sales, so other governments are watching closely. Estimates varied widely for how much money Colorado would make, and the final hard numbers have important lessons for other states considering legal weed markets.

Colorado started selling recreational weed on Jan. 1, 2014. But its first month of sales resulted in only $1.6 million for the state. By December, that figure was $5.4 million.

In Washington state, delays were even more pronounced.

Washington voters legalized pot at the same time Colorado did, in 2012. But retail sales in Washington didn't start until June, with stores slowly opening and sales increasing each month.

Things will speed up as more states legalize pot and can look to Colorado and Washington for regulatory guidance. But legal weed isn't an overnight flood of tax money.

"Everyone who thinks Colorado's rollin' in the dough because of marijuana? That's not true," said state Sen. Pat Steadman, a Denver Democrat and one of the Legislature's main budget-writers.

Figure Out How To Tax It

Washington and Colorado set vastly different tax rates, both based on a percentage of the pot's value.

The states then had to immediately set a value for a product with no legal sales history. What's the right price?

He pointed out that the two latest legal weed states – Alaska and Oregon, both still working on retail regulations – will tax marijuana by weight, similar to how tobacco is taxed.

Not Everyone Will Pay

Every state in the union, liberal to conservative, has a market for marijuana. And making pot legal doesn't guarantee those consumers will leave the black market and happily sign up to start paying taxes.

In Washington state, medical marijuana isn't taxed. It is in Colorado, but all adults are allowed to grow up to six plants on their own.

That means the states' new marijuana markets had legal competition from Day 1. And that doesn't account for the black market, which of course is completely free of taxes and regulations.

Lawmakers in both Colorado and Washington are looking for ways to drive pot smokers out of the lower-taxed medical pot market and into the recreational one. But obstacles are stiff.

"If there is untaxed medical pot, the taxes are voluntary. When you make it voluntary, people won't necessarily pay," Oglesby said.

The marijuana market is far from settled.

"If a number of other states legalize – and two of them already have – then bit by bit, Colorado revenue is likely to decline." 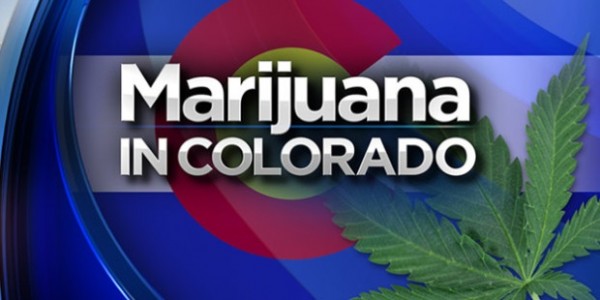