Coming Soon To A Store Near You - Pot

A federal task force has rolled up its sleeves to put together a report due in November on how Canada might legalize marijuana. It would then take until next spring for the governing Liberals (perhaps April 20?) to bring a legislation up for debate in the House.

Notwithstanding the gateway argument, which suggests the slippery slope into drug addiction begins with weed, there are many other questions to be answered:

In the meantime, entrepreneurs are still trying to find loopholes in laws around the use and distribution of medical marijuana in Canada.

A British Columbia company thinks it's found a way to offer mail-order marijuana. Well not quite, but close. Weed Glass and Gifts Ltd. has already opened locations in B.C., Ontario, Quebec and, just last week, in Winnipeg. The business in the Exchange District is there basically to take your "medically prescribed" order and arrange shipment to you. They'll also sell you some usage tools, while you wait.

However, the timing of their opening may prove problematic. Canada Post has said if there is a strike, no medical marijuana shipments will be handled. For Weed Glass and Gifts, it's like opening the farmers' market on a rainy day.

Donald Briere is the owner/operator in Winnipeg. He says the store is there to educate people on the medical use of marijuana. He's not worried about any legal issues for his new Adelaide Street business. Briere says business taxes are paid and the company has reliable, top-quality product from licensed producers.

Just last month, a weekend event called the Cannabis Cup was held in Winnipeg at Vapes Off Main on St. Mary's Road. Educators, activists, producers and "enthusiasts" were all on hand to celebrate what appears to be an impending national paradigm around the issue. Thaddeus Conrad is a local marijuana producer and organized the event. He says the narrative around cannabis in Canada is flawed and that the herb is a huge help for people.

His business, Your Medical Cannabis Headquarters on Main Street, was raided and shut down earlier this year. Winnipeg police contend it was an "illegal drug-trafficking business which was held out to be a medical marijuana dispensary." However, the cloud around this issue prompted Winnipeg police to stay away from Price's business when he re-opened soon after. I don't think anyone will be surprised if this and likely hundreds of other cannabis cases are delayed until the federal position is absolutely clear.

Meanwhile, the highly reported decision to legalize marijuana in Colorado is two years old and statistics are now coming in. They are now tops in the nation when it comes to weed use among kids 12 to 17. Less than 10 years ago, they were number 14. And a 2015 Washington State report found DUIs involving marijuana had almost doubled since legalization. Couple that with the contention from the medical case that "today's" marijuana is a super potent and potentially lethal version of the highly romanticized product of the '60s and '70s.

So we wait. By this time next year and medicine be damned, Canada's reputation around the world may just change from affable to laughable... or at least a little giddy. 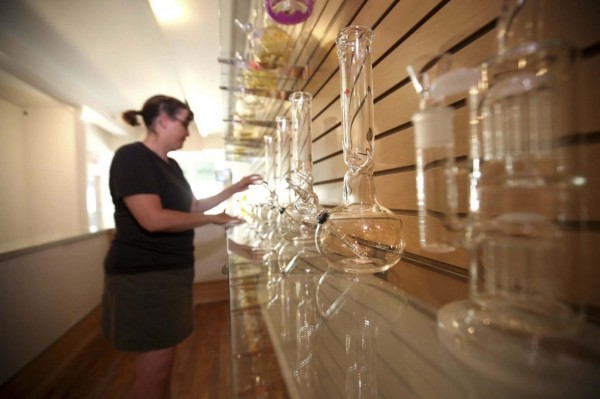