Commissioner Says That Kentucky Will Be 'The Epicenter Of Industrial Hemp'

Hemp has come a long way, increasing from 33 acres in 2014 – the first legal crop in Kentucky – to more than 922 acres planted this year.

"Welcome to Kentucky, the leading industrial hemp-producing state in the country. It feels good to say that," Agriculture Commissioner James Comer told a sold-out crowd Monday at the annual Hemp Industries Association Conference in Lexington.

This was the first time in 22 years that the conference of hemp entrepreneurs and activists has been held in a hemp-producing state, said Eric Steenstra, executive director of the Hemp Industries Association.

Among the crowd of 200 were attendees from as far away as Hawaii, Alaska and Australia, including people well known in the fight to legalize industrial hemp and separate it from more controversial marijuana. The notables included Hawaii state Rep. Cynthia Thielen, who fought to establish one of the first DEA-regulated test plots years ago, and David Bronner, whose multinational soap company has contributed $10,000 to grants for Kentucky farmers to transition to organic hemp.

Comer, the conference's keynote speaker, was greeted with a standing ovation for his efforts to bring industrial hemp back to Kentucky after decades of federal banishment.

"We wouldn't be here today if it weren't for his efforts," said Andy Graves, CEO of Atalo Holdings, a Central Kentucky group that has organized growers and processors.

Kentucky has more than 121 growers working with seven universities around the state on research into growing, processing and marketing hemp into everything from oil, food and fiber to energy, manufacturing, textiles, automotive composites, construction materials and paper, Comer said.

Most importantly, Kentucky has attracted more than 20 processors, who will be key to taking the crop into profitable markets.

Comer predicted that in coming years, Kentucky will go from less than 1,000 acres to thousands, and from 24 processors to hundreds.

"We're going to be the epicenter of industrial hemp in this country," Comer said.

The next battle, he said, will be with the Food and Drug Administration. He plans to lobby to keep cannabis oil products regulated as supplements rather than as medications.

Comer plans to work on the FDA until December, when he will leave office for the private sector, he said. He has no plans "at this time" to run for political office again, he said.

Kentucky's hemp program will be in the hands of a new agriculture commissioner; candidates Jean-Marie Lawson Spann, a Democrat, and Ryan Quarles, a Republican, are scheduled to meet with hemp conference attendees on Tuesday.

Both candidates have indicated that they support continuing the state's hemp program, which Steenstra said will be crucial because it isn't clear that the pilot program could continue without the state's involvement in coordinating farmers with researchers through legal memoranda of understanding.

"Groups like HIA and Vote Hemp will be more important than ever, because now we have something to lose," Steenstra said. 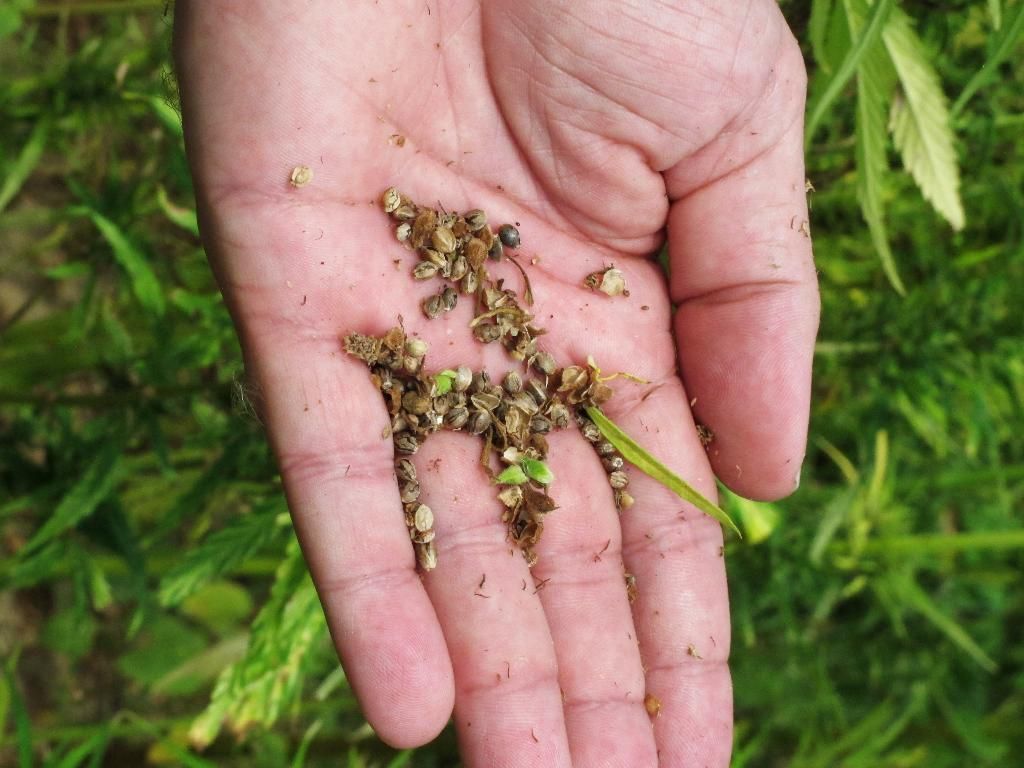