Legalized medical marijuana dispensaries could start popping up in Alabama if a new bill passes in Montgomery.

Republican Representative K.L. Brown is behind the bill. He says patients need a natural alternative to harsh prescription pain pills.

Supporters of the bill say that Alabama should join the 16 other states in the country that have legalized medical marijuana right now.

They say it would bring in millions of dollars in taxes and fees, and would allow patients the option to choose natural pain management.

But some community activists say this is not good for the state. The Partnership for a Drug Free Community in Huntsville is against legalizing medical marijuana. Their focus is the impact it would have on kids.

They say the drug would lose its stigma if it's legalized, and kids would think it's okay to use. They compare it to the abuse of prescription pills. Kids mistakenly think they're safe for anyone to use because they're prescribed by a doctor.

The Partnership for a Drug Free Community is working to convince lawmakers not to vote for the bill in the next session.

Supporters of this bill say it's all about patients' rights. They say people suffering from chronic illnesses shouldn't be forced into using narcotic prescriptions.

The Alabama Medical Marijuana Coalition is lobbying for support in the state legislature. They say the bill will allow qualifying people over the age of 18 to be legal patients or designated caregivers.

They would have an identification card that lets authorities know they're allowed to grow, transport, and store a limited amount of medical marijuana.

They'd be allowed to have up to eight ounces or 12 live plants at a time.

Supporters say people in Alabama are already using marijuana for medical purposes, and this bill makes that processes more controlled.

"We've got 70-year-old women going to the west end in Birmingham to buy marijuana, that's not healthy for anybody," said Christopher Butts with the Alabama Medical marijuana Coalition.

In addition to safe access and more options for patients, proponents of the bill say the program would bring in nearly $40-million a year in taxes and fees for the state. 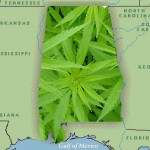