Compound Found In Marijuana Shown To 'Turn Off' Cancer

Researchers at California Pacific Medical Center in San Francisco found that a marijuana compound known as cannabidiol can stop metastasis in many types of aggressive cancers.

Sean McAllister, one of the researchers at California Pacific, was studying the effects of Cannabidiol (CDB). Cannabidiol is a non-psychoactive chemical compound in the cannabis plant. Pierre Desprez, a molecular biologist researcher, began studying ID-1, the gene that causes cancer to spread, about 20 years ago. The two combined their research and introduced CDB to cancer cells containing ID-1 in a petri dish. They found that CDB stopped the metastasis of the cancer cells.

"What we found was that his Cannabidiol could essentially 'turn off' the ID-1. We likely would not have found this on our own. That's why collaboration is so essential to scientific discovery."

After their initial study was published in November of last year, the two researchers continued to study the effect of CDB on various cancer cells. Desprez told Yahoo News:

"Now we've found that Cannabidiol works with many kinds of aggressive cancers – brain, prostate – any kind in which these high levels of ID-1 are present."

High levels of ID-1 have also been found in ovarian, breast, prostate, cervical, liver and endometrial cancers according to the Journal of Experimental and Clinic Cancer Research.

A Daily Beast report says Cristina Sanchez, biologist at Complutense University in Madrid, has noticed the effectiveness of THC, the main psychoactive compound in cannabis, on many cancer cells. Harvard University scientists also reported that THC slows tumor growth in common lung cancer. It was McAllister's research however that found the CDB stopped the spread of the cancer, without the psychoactive side-effects.

Examiner.com reports the researchers plan to begin clinical trials on the discovery. Desprez is quoted as saying:

"It took us about 20 years of research to figure this out, but we are very excited. "We want to get started with trials as soon as possible."

CBD has already been safely used by people for other ailments. " Desprez told Yahoo News

"We used injections in the animal testing and are also testing pills. "But you could never get enough cannabidiol for it to be effective just from smoking." 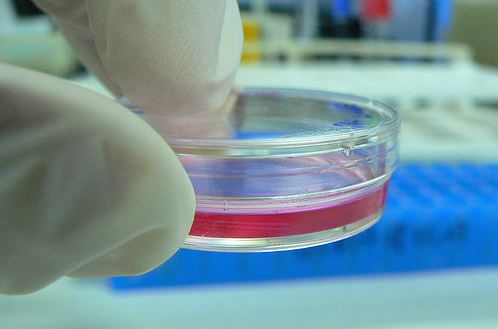