A plan to regulate and tax marijuana in the District fell victim on Tuesday to federal budget negotiators, who inserted an amendment into a massive $1.1 trillion spending bill that effectively overturns a voter-approved initiative legalizing recreational use of the drug in the District.

But the measure appeared to go much further, also rolling back a law approved by the council this year eliminating criminal penalties for possession of small amounts of marijuana.

The "rider," which Republicans had indicated they would attach to the spending bill, prohibits federal and local funds from being used to "enact or carry out any law, rule, or regulation to legalize or otherwise reduce penalties associated with the possession, use, or distribution of any schedule I substance."

It is similar to language first introduced in an amendment to a spending bill earlier this year by Rep. Andy Harris, Maryland Republican, who has publicly opposed loosening marijuana laws because of the effect it would have on children's health.

A summary of the measure posted on the House Appropriations Committee website, though, suggests a more narrow focus, saying it prohibits funds from being used to "implement a referendum legalizing recreational marijuana use in the District."

D.C. Delegate Eleanor Holmes Norton, who has routinely spoken out against attempts by Congress to interfere in local laws, said before the budget bill was made public that she was dismayed by the idea that the District would be used as a bargaining chip in the larger appropriations package.

"I would be at a loss to explain why Democrats would agree to block D.C. marijuana legalization on their watch," Ms. Norton said. "Republicans will control Congress in less than a month. I don't know why Democrats would give them a head start in interfering with the District's local laws."

The inclusion of the rider was a significant blow to D.C. officials, who approved decriminalization amid concerns that the city's marijuana laws were being inequitably enforced against black residents. The law put the city among 18 states that have decriminalized the drug, as federal officials in President Obama's Justice Department have largely stepped back and allowed states to decide the issue for themselves despite the fact that the drug remains illegal under federal law.

Mr. Obama has signaled his opposition to the amendment interfering with the city's marijuana laws, and he could veto the spending bill. But Senate Majority Leader Harry Reid, who opposes the rider, indicated it may likely be passed.

"If they put it in there, it's going to be hard to take it out over here, but I oppose it," said Mr. Reid, Nevada Democrat.

The rider came after more than 70 percent of voters opted for legalization last month at the ballot box and left D.C. leaders uncertain how to proceed.

Mayor-elect Muriel Bowser offered no clear explanation of how she would proceed when asked earlier in the day about the situation.

"I call on all members of Congress to respect the will of D.C. voters and reject any attempts to violate our right to self-governance," Mayor-elect Muriel Bowser Tuesday afternoon in a written response to questions on the issue. "In the meantime, the Council and I will move forward to implement the law in a thoughtful and responsible way."

Budget negotiations had reportedly centered around blocking a plan under consideration by the D.C. Council to open legal pot shops in the nation's capital that would be regulated and taxed by the city.

Ms. Norton, the District's nonvoting congressional representative, said Tuesday afternoon that she had no confirmation of the language of the rider and that Democrats had assured her that negotiations were continuing on the matter.

"We are still fighting and talking to the relevant leaders to do all we can to protect D.C.'s marijuana legalization law," Ms. Norton said. "We want them to leave what the voters have done alone."

Congress has used budget riders as a tool to block legislation members considered controversial in the past.

The District's medical marijuana program was blocked from taking effect for more than a decade through riders.

"All this confusion speaks to the fact that the federal government shouldn't be interfering in the District of Columbia," he said.

D.C. Council member David Grosso, at-large independent who introduced the measure to regulate marijuana, encouraged residents to contact ranking members of the appropriations committees to object to the riders.

"It is disheartening and frustrating to learn that once again the District of Columbia is being used as a political pawn by the Congress," Mr. Grosso said. "To undermine the vote of the people – taxpayers – does not foster or promote the 'limited government' stance House Republicans claim they stand for; it's uninformed paternalistic meddling." 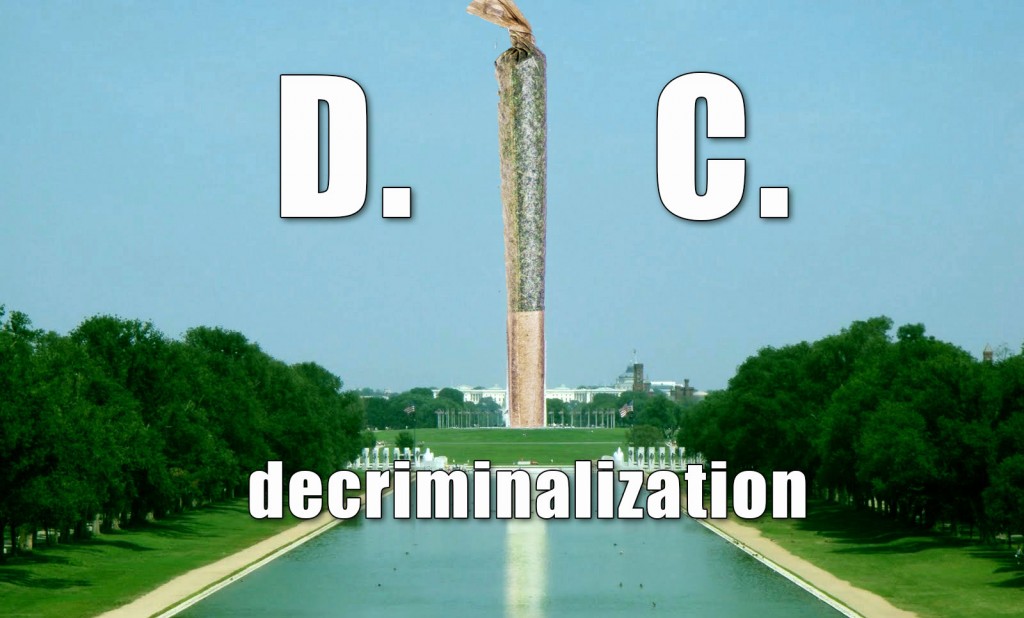