Rep. Earl Blumenauer (D-Ore.) on Wednesday signaled that he is optimistic about the prospects of allowing veterans to gain access to information on medical marijuana for doctors, despite the result of a failed vote in the House of Representatives that would have allowed it. "I was pleased with the bipartisan support in the debate, the bipartisan support on the floor, and the growing realization that our veterans have the right to be advised by their VA doctor about what is in their best interests, whether that be advice for or against the use of medical marijuana," Blumenauer said in a statement late Wednesday. "Still, it's inexplicable and inexcusable that VA doctors can't answer their patients' questions and give their best advice."

Currently, the Department of Veterans Affairs bans doctors from recommending the use of medical marijuana for treatment for those patients, despite the fact that the practice is already legal in many states. "The amendment would not have allowed VA doctors to prescribe or provide medical marijuana, but would've allowed them to have the open discussions that are so important in providing quality healthcare to our veterans," Blumenauer said.

The proposal, introduced as an amendment to the Military Construction, Veterans Affairs and Related Agencies Appropriations Act, was rejected by a 222-195 vote. 22 Republicans joined 173 Democrats in voting for the measure, while 18 Democrats broke party ranks and voted against it. "We will continue to fight to make sure that our veterans are not treated as second class patients among the more than hundred million Americans who are legally able to seek medical marijuana therapy under state law, while at the same time promoting a broader understanding among the public and my colleagues of the broader issue," Blumenauer said. 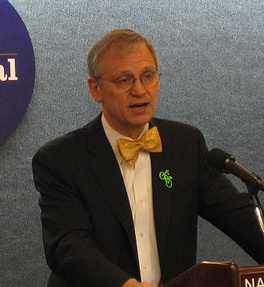 May 2, 2014
The General
T
C
Congress Clears Way For Veterans To Get Medical Marijuana