Connecticut's first medical marijuana dispensary opened Wednesday night in South Windsor, and the rest of the state's cannabis dispensaries -- including one in Bethel run by two Trumbull residents -- won't be far behind. The grand opening of Prime Wellness of Connecticut, at 75 John Fitch Blvd., gave potential customers and the general public a chance to see its facilities, meet pharmacists and cannabis producers and generally get more information. The dispensary won't receive its first shipment of medical pot for roughly another month, though staff have been consulting with patients since last week, said director of operations Brett Sicklick. So far, he said, response to the new dispensary has been positive.

"I think people have been really shocked and surprised when they enter the facility for the first time," he said. "We really took as much of a medical approach as we possibly could." Prime Wellness is one of six dispensaries in the state approved for a license by the state Department of Consumer Protection. The other spots are in Hartford, Branford, Bethel, Uncasville and Bristol.

Since 1996, 20 states and the District of Columbia have passed medical marijuana laws. In Connecticut, patients wishing to receive medical marijuana have to register with the state. To qualify, patients must have one of 11 debilitating conditions, including cancer, Crohn's disease and HIV/AIDS. Sicklick said the South Windsor dispensary will serve patients from all over the state, including Fairfield County.

He said some patients have been registered for roughly two years and are looking forward to receiving treatment through the facility. Sicklick said he expects there to be as many as 200 to 300 patients seeking to fill marijuana prescriptions when the product arrives. Until the product is available, Prime Wellness will continue to host consultations with patients. Sicklick said the dispensary is also still in the process of training its staff "so there won't be any hiccups" when the cannabis arrives.

Some of the other dispensaries are slated to open soon, including Compassionate Care Center of Connecticut in Bethel. The center will be operated by Monroe-based D&B Wellness, run by Trumbull residents Angela D'Amico and Karen Barski. The women were approved for a dispensary license and tried to open a facility in Bridgeport at 2818 Main St., but the application was rejected.

Eventually, the women were approved to operate a dispensary in Bethel. Compassionate Care of Connecticut is slated to have its grand opening Sept. 12 and be open for business Sept. 16. D'Amico said she and Barski wanted to wait to open their doors until the cannabis was available, which it should be by their grand opening. She said, given the obstacles they've faced in finding a site for their dispensary, they're looking forward to being in business at last. "We're excited to be able to start healing, which is what our intention was all along," D'Amico said. 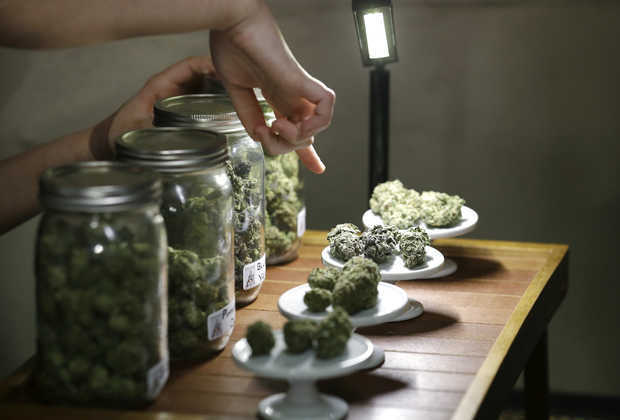