Late Wednesday, the House of Representatives was locked in an often emotional debate on a bill that would allow seriously ill children to obtain medical marijuana. The bill cleared the House on a vote of 129 to 13, with eight members absent. It now moves to the Senate for consideration.

The measure has proven controversial in the past; it failed to win approval last year. But lawmakers and advocates continued to work on the proposal after the legislative session was over and they secured the support of the state chapter of the American Academy of Pediatrics.

This year's version of the legislation contains new safeguards including a provision that two physicians must sign off before a child is prescribed medical marijuana, said Rep. Matthew Ritter.

Only children with serious medical conditions will be prescribed the drug, he said. And it will only be available as an oil, not in its smokeable form. "No one's lighting up," Ritter said.

Connecticut has permitted seriously ill adults to obtain medical marijuana since 2014. But children are prohibited from legally obtaining the drug, which has driven some parents to other states so their sick children can get the medicine.

Ultimately, Ritter said, supporters were swayed by the powerful testimony of parents who said the drug provided a measure of relief to their profoundly ill children. The afflictions covered under the bill include spinal cord injuries and seizure disorder as well as end-of-life care.

"We would all pray as much as we could to wish that away from anyone that we love,'' Ritter said. "But you can't. So ... your fall back is medicine. ... all this bill does is allow that fall back to happen."

Experts testified that about 100 children would be effected by the law. "We know anecdotally that it works,'' said Prasad Srinivasan, a Glastonbury Republican and a physician. He noted that the bill also contains a provision to allow the commissioner of consumer protection to establish a research program for medical marijuana.

Rep. Vin Candelora, R-North Branford, said he is skeptical about some of the drugs purported benefits. "We need it to be proven and that's why the scientific component is so important," he said.

Candelora said he is pleased the bill contains limits and safeguards. "It's as restrictive as we could have done it," he said. "It's still not perfect."

Rep. Juan Candelaria, D-New Haven, proposed amending the bill to add a provision legalizing marijuana for recreational use. After a brief soliloquy, he withdrew the amendment, which had the backing of 15 other lawmakers.

Candelaria said the brief discussion won't be the last time the issue is raised in Connecticut. "This may not be the year but we need to put together a bipartisan task force that studies legalization in Connecticut,'' he said.

The state Senate gave initial legislative approval to a bill that would permit undocumented immigrants to apply for tuition assistance at public colleges and universities, even though they lack a Social Security card and other documents required to fill out financial aid forms.

The measure, which cleared the chamber by a party line vote of 21 to 13, now moves to the House of Representatives for consideration. A similar bill cleared the Senate last year but failed to come up for a vote in the House.

It is the latest legislative effort to remove educational barriers for unauthorized immigrants. Connecticut already provides lower priced in-state tuition to students who are in the U.S. illegally.

Senate President Martin Looney of New Haven, a supporter of the proposal, said undocumented immigrants should have the same opportunity to improve their lives as American citizens.

Looney noted that his parents were immigrants from Ireland and "I appreciate the fervor with which they have embraced life in America."

But Republican lawmakers criticized the bill, saying it would divert badly needed financial aide away from American citizens and those who are in compliance with immigration laws and toward people who are in the U,S. illegally.

Sen. Tony Hwang said he struggled with the idea. "I look forward to being able to work...on this issue and I look for pathways to allow these very talented people to pursue the American dream but not at the expense of Connecticut residents and American citizens that have worked so hard to do it the right way,'' the Republican from Fairfield said.

The Senate also endorsed two bills that aim to reduce the use of plastic bags and consumer packaging over the next eight years.

Senate Bill 226 is a scaled-back version of an earlier proposal that would have banned single-use plastic bags. The amended bill, approved on a vote of 29 to 2, calls for an agreement between the Department of Energy and Environmental Protection and retail merchants and grocery stores to voluntarily reduce the use of paper and plastic bags by 33 percent by 2021.

Sen. Ted Kennedy, the chairman of the legislature's environment committee, called the pact a "historic agreement" that could significantly reduce the amount of waste generated in Connecticut. About 950 million plastic bags are used every year in the state, he said. " "It's very wasteful, it's a major source of litter,'' he said.

Lawmakers also approved a separate bill that would establish a task force to look at ways to reduce consumer packaging. Such a panel would include representatives from industry as well as experts in recycling and consumer behavior.

The task force would be charged with exploring ways to cut packaging 25 percent by 2024.

Sen. Clark Chapin, a Republican from New Milford, said the bill would boost efforts to reduce municipal solid waste. "It may not be the bill we first envisioned...but it's a good bill and I urge my colleagues to support it,'' he said.

Sen. Rob Kane, R-Watertown, said he wants to ensure that business interests are taken into account.

Both bills now move to the House of Representatives for consideration. 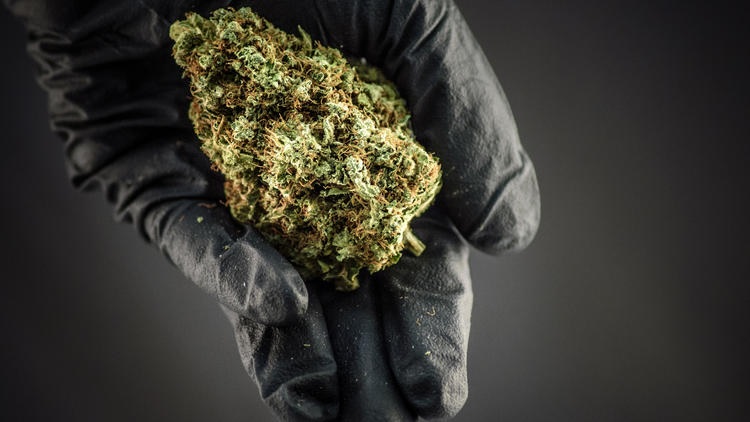