Medical marijuana farms and dispensaries could be up and running in Connecticut by early next year, according to the state Department of Consumer Protection.

"It is our hope to be able to make our selections for both producer and dispensary facility licenses by around the first of the year," Rubenstein said.

The Connecticut General Assembly approved the law to allow medical marijuana in May 2012, and Gov. Dannel Malloy signed the act into law that same month. The Legislative Regulations Review Committee finalized the specifics of the state's laws on Aug. 27, allowing the department to move forward with its permits.

Prescriptions are available only to Connecticut residents over 18 years old. The law also allows patients to have a "designated caregiver" who will be able to help buy and administer medical marijuana. Under state law caregiver must be approved by the state and be a family member or legal guardian.

Prescribing doctors must have "a bona fide physician-patient relationship with the qualifying patient," and they need to be available to patients for follow-ups afterward under the regulations. Doctors will also be prohibited from writing prescriptions for financial gain, or having relationships with manufacturers or distributor.

Not every doctor may be willing to issue medical marijuana prescriptions, however. The state leaves it up to each doctor's discretion on whether to offer it as a treatment or not.

"The Department of Consumer Protection cannot require physicians or hospitals to recognize marijuana as an appropriate medical treatment in general or for any specific patient," the state's website says. "If you believe that your physician is not providing you with the best medical care for your condition, then you may want to consider working with a different physician."

The state has allowed for temporary licenses to be issued to patients since October 2012. But there is still no legal way to buy or grow marijuana in Connecticut, until the department begins issuing permits for manufacturing and distribution.

In the first round the state will issue permits for "three to 10" manufacturers and "three to five" distribution centers, Rubenstein said.

Once open, only licensed patients and their designated caregivers will be allowed inside dispensaries without special permission from the state, unless they are employees or making a delivery. Dispensaries must keep logs of customers and visitors.

The regulations allow for marijuana to be sold in "raw" form or as cigarettes, extracts, lotions, patches or baked goods. Suppliers cannot include alcohol or other supplements in their products.

Manufacturers also cannot turn marijuana into a beverage or a candy. Packaging also cannot encourage recreational use or anything "customarily associated with persons under the age of 18," according to the law. Both of these clauses are designed to discourage marketing marijuana to kids, either directly or indirectly.

"Making 'medicine' into food and beverages is a 'slippery slope' that will lead to increases in marijuana abuse as in other states that have allowed these products," John Daviau of the Connecticut Marijuana Abuse Prevention Alliance wrote to the review committee.

Information on permit applications and the full regulations for Connecticut's medical marijuana laws are available at the state website. 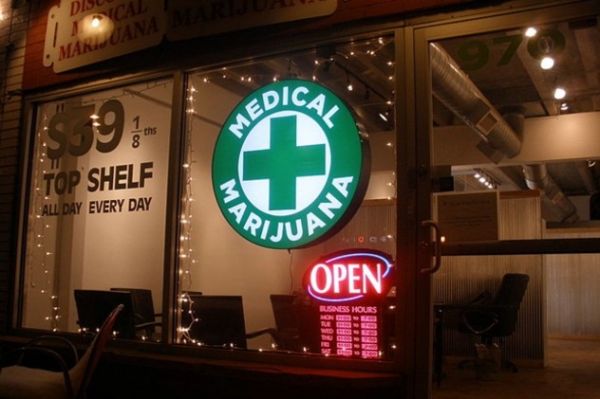