The whir and hum of pumps provided background music in a warren of small rooms in a second-floor, nondescript section of an industrial building in northeast Bend.

That music was money being made, in the form of oil extracted from marijuana flowers and leaves, and infused into edibles like gel candies, or baked into macaroons, or, in a solid form, dusted onto nuts and pretzels.

Cameron Yee, owner of Lunchbox Alchemy, said that since food, beverages, extracts and topical applications infused with THC, the psychoactive compound in marijuana, became available to all Oregon adults in June, his firm can barely keep up with demand.

Since the sale of low-dose edibles and extracts to recreational users began June 2 in medical marijuana dispensaries around the state, the demand for those products has increased dramatically, said dispensary owners. Makers of those products said they expect that demand to increase further after the state lifts the cap on potency from 15 milligrams to 50 milligrams of THC per single dose.

"What really is interesting is that once they allow the higher potency, the dollar value will go up," said Nick Harsell, owner of High Grade Organics, in Bend. "Right now, the revenue is low but the (consumer) traffic is high."

Sales of edibles and for the extract itself, which can be smoked or vaporized and inhaled, constitutes a third to half of overall sales, Harsell and others said. Their popularity may increase for a number of reasons. They appeal to consumers who disdain smoking or cannot smoke for health reasons, and they come in forms more discreet than smokable marijuana, retailers and processors said.

"It's odorless, convenient and mobile," Harsell said. "That's been attractive to a lot of people."

In Colorado, the proliferation of edible forms of marijuana took state regulators and business people by surprise when marijuana became legal in 2014. Sales of edible products rose 85 percent from 2.8 million units in 2014 to 5.3 million units the following year, according to an April report by the Colorado Department of Revenue. Colorado did not roll out a low-dose, single-serving limit the way Oregon did, said Joe Hodas, chief marketing officer for Dixie Elixirs and Edibles, of Denver.

"What we didn't know was how to serve the recreational consumer," he said. "When we first did this, it was no more than 100 mg per package, with no serving requirement and no packaging requirement."

That changed in February 2015, when Colorado imposed child-proof packaging and content-labeling requirements and a per-serving limit of 10 mg with a 100-mg maximum per package. While the edible side of the marijuana business has evolved to meet regulatory requirements and consumer demand, Hodas said, plain, old smokable flower is still the No. 1 seller in Colorado. He said the typical edible consumer already smokes marijuana.

"They cross over; they really do," he said. "What's the profile of a margarita drinker versus a wine drinker? You have a preferred first choice, but there are other things you might consume, as well."

In Bend, Ben Hebert, owner of Dr. Jolly's marijuana dispensary and a processor, too, said he's definitely seen sales increase since June 2. Edibles and extracts accounted for 13.5 percent of Dr. Jolly's sales in June, he said. All sales were up 40 percent over the preceding month. The advent of infused food and drink and extracts account for a portion of that increase but not all of it, he said.

"July, August and September is always the busiest quarter of the year because, partially, the supply is less abundant and there are a lot of tourists in town," he said. "We're getting more professional types, or people who can't smoke or say, 'I've never done this before,' but now that edibles are available they're interested in trying. That's definitely something I've noticed, totally new customers."

Retailers constantly ask for more product, Hebert and other processors said. Dispensary owners and processors said they expect that, once dosage limits and restrictions on the quantities that recreational consumers may take from dispensaries are lifted, sales will definitely increase.

Until October, consumers may purchase one 15-mg edible per day from each dispensary for about $10, a 1-gram container of extract and a topical for the skin.

"We have a huge selection," Hebert said, "everything from medicinal honey, coffee, ginger beer, taffy, gummies, chocolate and caramel corn."

Marijuana processors and dispensary owners are licensed by the Oregon Health Authority, which oversees the medical marijuana program. The agency also oversees sales of marijuana to all adults under the early recreational sales program while the Oregon Liquor Control Commission issues licenses and writes regulations for recreational marijuana businesses.

The OLCC has begun issuing licenses to producers, but none, so far, to processors. The agency is granting licenses in supply-chain order, from growers to processors to wholesalers and retailers.

However, the high cost of doing business in marijuana is a bar to entry for many would-be entrepreneurs, along with the challenges faced by any other startup in Bend. A lack of commercial kitchens, for example, is one hindrance to producing enough edible products to meet consumer demand, Yee said.

Lunchbox Alchemy operates a commercial kitchen in a separate location in Bend, but Yee said he is planning to expand and consolidate the business into a larger space. Lunchbox Alchemy supplies more than 250 of the 414 medical marijuana dispensaries in Oregon, Yee said.

Another, smaller processor in Bend, High Desert Pure, supplies only six marijuana dispensaries in Bend with applicators and vaporizers filled with extract. The co-owner, Jack Robson, said sales have doubled since June 2.

"Our growth plan is to expand over the next month or two to serve all the dispensaries in Central Oregon," Robson said, "and then we'll be heading over into the (Willamette) Valley. We've already had preliminary conversations with some folks in Salem, Eugene and Southern Oregon."

Yee said the business and regulatory environment, particularly federal laws on marijuana trafficking, make marijuana processing a low-margin, high-cost business, for the time being. It's a matter of waiting in line for eventual success, he said. The market is largely untapped, in his view.

"Prior to this adult-use cannabis becoming legal in Oregon, we had 70,000-plus medical patients," Yee said. "Now, we firmly believe that 18 to 20 percent of the population could, would try this if given the opportunity, which would put you closer to a million, or just under a million people out of a 4 million population." 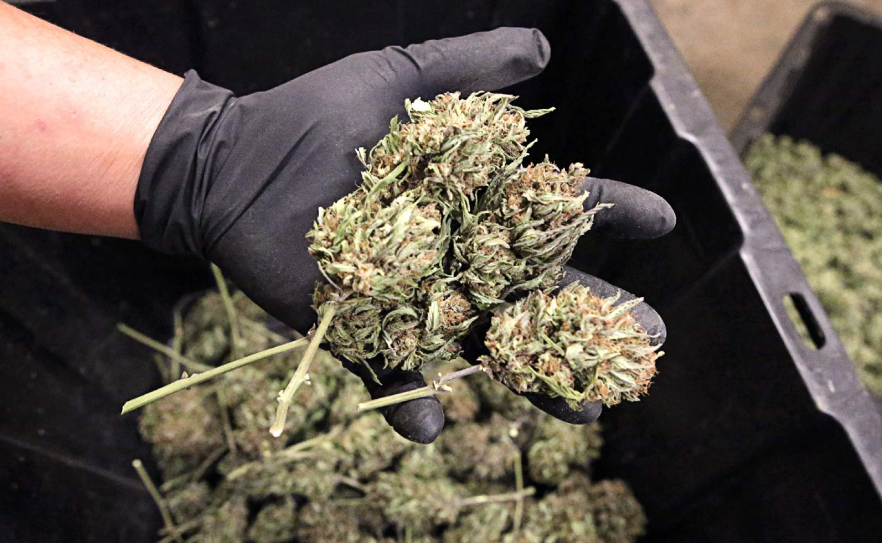 Aug 29, 2016
Katelyn Baker
K
R
Oregon Edibles And Extracts Sales For Recreational Use To Be Allowed