Is there a point in time where cannabis stops putting out new flowers? Around week 5 after switching my lights they started to put on flowers. Now i'm at the end of week 10, and a whole new batch of white pistils is popping out of the flowers. Is this the plant saying it's not done flowering yet? Or will the flowers just continue as long as its under 12/12 lighting? Majority of the plants are 7-9 week strains, so is not finishing til week 10/11 normalish? I read a lot of the flowering times are off (similar to the time frames they put on most fruit/vegetables).

I have a 500 and 240 watt full spectrum LED and just recently added 2 90 watt reds which seem to be helping the buds thicken up quicker.

I showed a picture to my local hydro store and they mentioned my plants looked a bit anorexic. I haven't been able to find much in terms of how much actual fertilizer might be needed for a plant of a particular size. I have them in 3 and 5 gallon fabric pots, and have been using Down-to-earth organic fertilizer as well as General Hydroponics powder fertilizer. All the plants are about 3 feet tall.

This is the platinum kush which should have already finished a week ago still putting on new flowers. 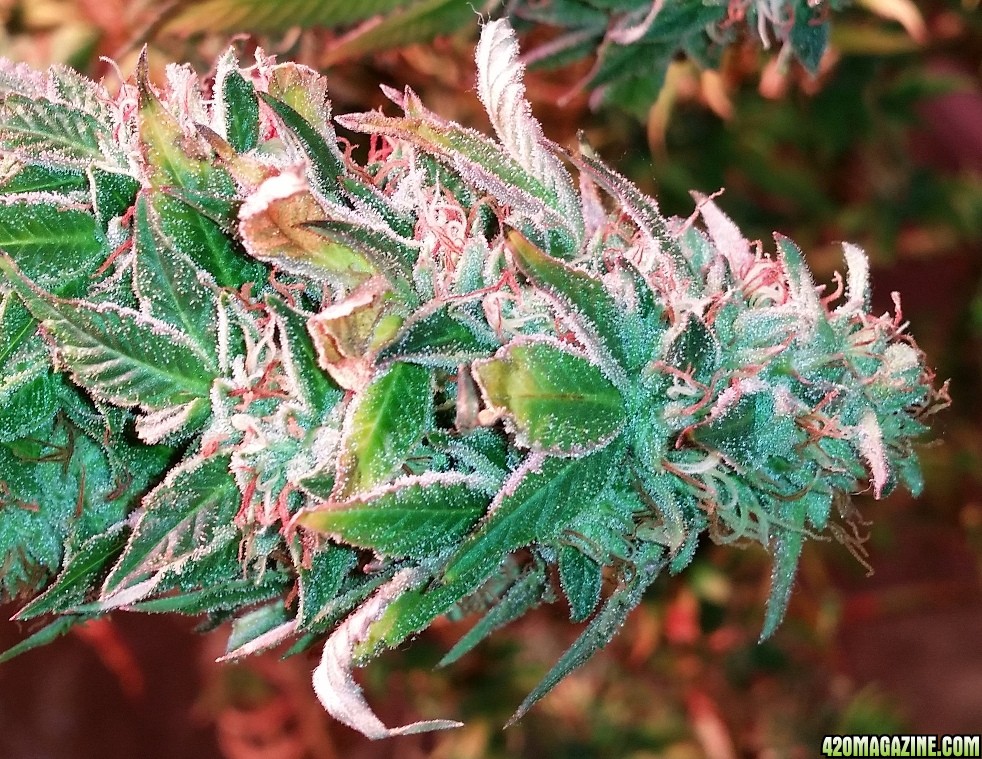 Mmm i mainly grow 7 to 9 week strains but these are normally indica dominate.


Some of have finished as early as 7 weeks others have taken the full 9 weeks... but on an off chance i think breeders suggestion of flowering time is governed by set or average guide line period to achieve optimal trichome ripening.

But a large preference to how individuals may perceive ripening of trichomes or desired effect may lead to a blurred answer on flowering time !


It is a fine line to walk but your own opinion on what you like is for you to decide... we the collective offer opinions & guide lines but you must discover your own, ye i know it is a lot of reading or research but some months or years may offer a flavour or common thought on such matters, it is one of those things.

Some flower longer to produce more amber trichomes which is said to produce a more couch lock effect ? but amber tric's means the THC content degrades maybe in others cannabinoids lessening the over all high effect if that is what you seek, but is the strain known for such others or where these other cannabinoids rereach peak potential is another question at hand !

But ye why grow a sativa dominate strain for 10 to 14 weeks & try to induce amber trics for few or more weeks to a get couch lock effect when sativa are well know for their head highs....

Well like er, is some one missing a point

Better of growing a strain for its properties than rather force it by longer flowering.


Ye check ya trichome colouring tho

You also have to understand that the numbers from the breeders are attained by having conditions perfect for that specific strain. I have had some clones of my blue dream take 8 weeks and some take 9+ due to environmental and lighting conditions in my current space. Nice looking bud though. Fuzzy was 100% correct about tricrome maturation it is personal preference of the grower usually through trial and error with each strain to get the desired effect. If you create a grow journal the great people here will give you more help and advice than any grow store ever will because at the end of the day they want to make money usually by "recommending some of their most expensive products
MadMarv Makes a Comeback
Second journal this should be fun.
First time grow Space Candy DWC - completed

Thank you to everyone here for helping me grow my own meds!!!

"If people let the government decide what foods they eat and what medicines they take, their bodies will soon be in as sorry a state as are the souls who live under tyranny." -- Thomas Jefferson

Thanks. I do get what you mean about the store, but the place i go to is different. I mean, the guy gave me the scope for free, and spent almost an hour with me in the back room talking over things. And all i bought was $10 in plastic pots lol. But yeah, he was cool and took a look at the bud I snipped at the end of week 9 and it was crystal clear still. I took a look when i got home and they're looking cloudy now finally. I'm not as concerned with the high i get (couchlock vs head high) as much as getting a large harvest. I'd settle for twice as much of the couchlock rather than half as much of the cerebral high. It's my first grow so mistakes are expected and of course blessed to get anything smokable out of it.

Hydro store also recommended raising the pots so the bottoms dont sit in the runoff. One of those obvious things you dont think of...

Flushed her with some water and going to let the soil dry for a few days before i cut her down. 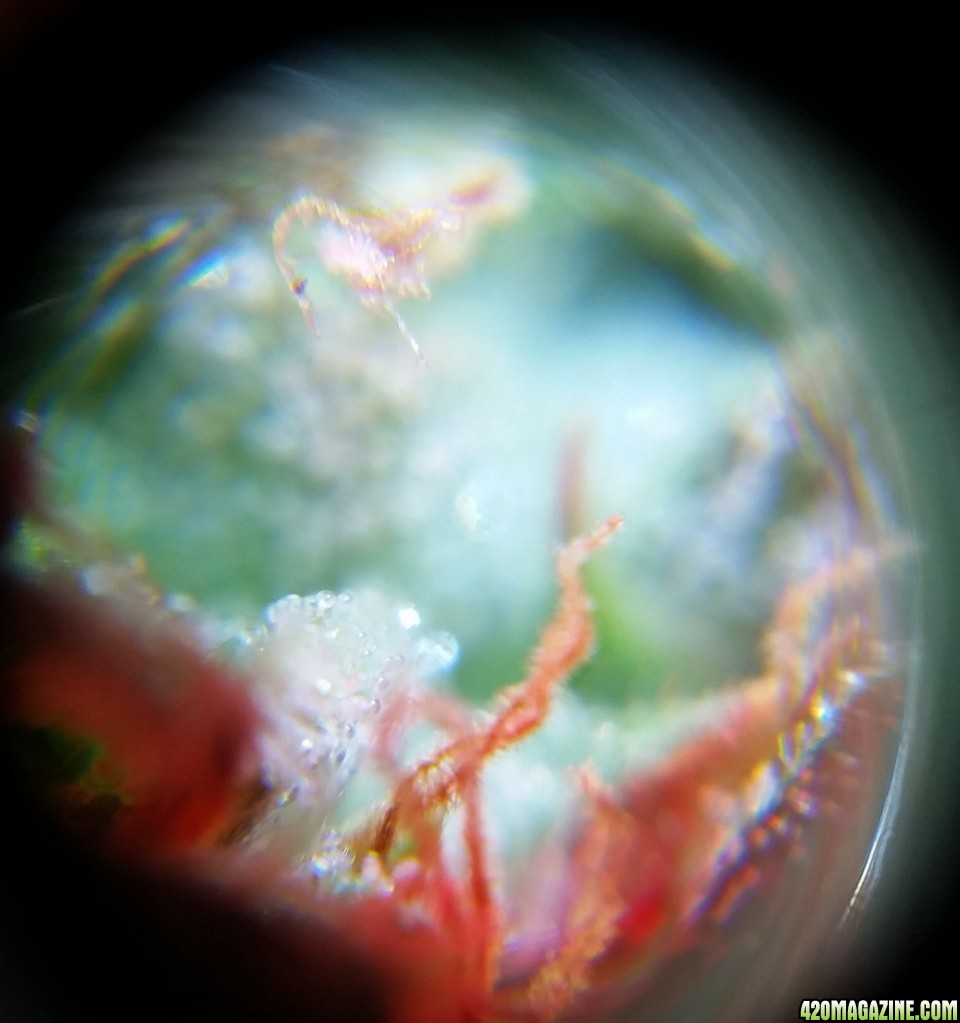 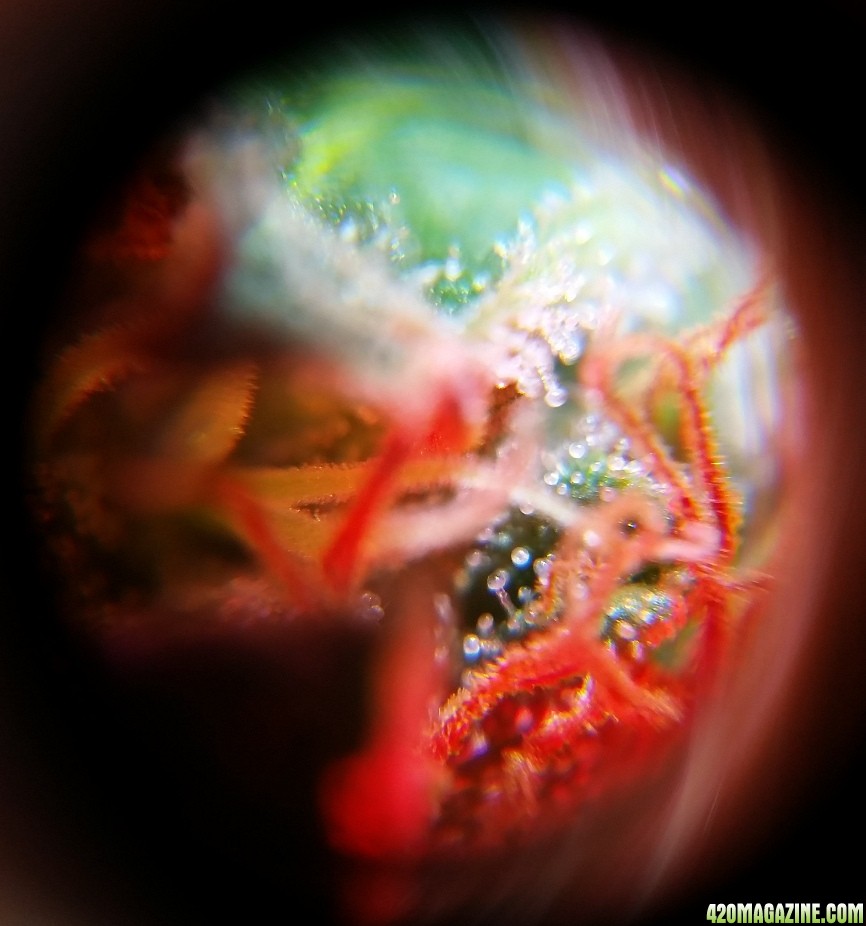 Too many types of fertilizer! Help! Anyone!