After years of decriminalization, Belgium's newly formed government made an abrupt decision last October to put an end to the Belgian tolerance policy. However, with Europe's general movement toward leniency over the last decade, Belgium's "re-criminalization" may obstruct Western Europe's permissive laws.

As inEurope has mentioned before, central and western member states of the European Union have found themselves in a gradual transition toward cannabis acceptance over the last 15 years. Within the last decade alone, several EU countries (including Austria, Czech Republic, Denmark, Germany, Italy, Spain, and the United Kingdom) have implemented laws aimed at easing the penalties for the use and possession of marijuana in "small amounts."

The notable exception among these member states has been the Netherlands, which committed in 2010 to turning its famously lenient cannabis policy around when the European Court of Justice ruled that Dutch authorities could prohibit coffeeshops from selling marijuana to tourists. However, it was not until early October 2014 — when Belgium turned over its own tolerance policy — that a European country had decided to step in the same direction as the Netherlands.

After legally eliminating the prosecution of marijuana users in 2003, Belgium became one of the first EU member states to decriminalize cannabis after Portugal had done so with all illegal drugs in 2001. Belgium's sudden change of pace can be primarily attributed to Antwerp Mayor Bart De Wever, who happens to be president of Belgium's largest party, the New Flemish Alliance (N-VA).

Although De Wever's jurisdiction over Antwerp has proved influential throughout the rest of Belgium, experts say the country's new restrictions are too mild to impose any influence upon its neighbors.

"It's not very accurate to say the laws have changed here in Belgium," says Joep Oomen, coordinator for the European Coalition for Just and Effective Drug Policies (ENCOD), "And no sensible country at the moment is heading toward prohibition."

According to Belgian law, a working guideline was introduced and signed by the five chief prosecutors of the country in 2005, stating adults cannot be legally punished for possessing up to 3 grams of cannabis unless "aggravating circumstances" such as public nuisance or smoking close to schools or hospitals are involved. However, Oomen clarifies that last month, the government drafted a new declaration stating the use of drugs in all public spaces can no longer be tolerated.

"This," explains Oomen, "is what the press converted into 'the end of tolerance in Belgium.' The only thing that has changed now is the validity [or lack thereof] of Belgium's previous guideline." Oomen goes on to explain that smoking in any public space can now be considered a public nuisance. "If you smoke in an open space in Belgium, make sure the wind is behind you," jokes the coordinator.

Likewise, oraganizations supporting the Belgian government's decision to put an end to decriminalization agree that the country's new practices are unlikely to spread to neighboring countries.

"I really don't think this is something that will have a huge impact on other countries," claims Fay Watson, secretary general of Europe Against Drugs (EURAD), "Drug law is really only concerned at the national level. Other EU countries generally don't get involved in discussions about it when it's this small of a change in implementation."

Watson agrees that the only real change in Belgian policy is the removal of the above-mentioned guideline. "There hasn't been a huge shift in the law, but maybe on the ground there are some differences. Before, violators were fined. Now, violators can be prosecuted."

When asked if the Belgian government is likely to re-revise its stance, Watson reveals that many countries, including Belgium, shall be reflecting on general policy effectiveness within the next two years. "The United Nations will have a huge global policy reviewing in New York in 2016," states the secretary general. "It will be a time to review both the positive and negative the policies that countries have in place now, and whether these policies need to be changed." 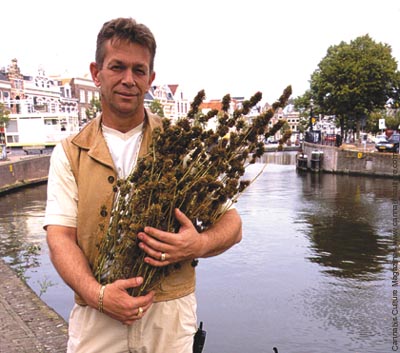