Kentucky will grow hemp this year, for the first time in decades. Agriculture Commissioner James Comer announced Friday that he is creating hemp pilot projects, which will be outlined Monday at an announcement in Eastern Kentucky. The Farm Bill, which was signed by President Obama on Feb. 7, allows state agriculture departments to grow hemp for research. But Comer, a Republican, and Attorney General Jack Conway, a Democrat, have agreed to jointly pursue a federal waiver from the U.S. Drug Enforcement Administration "for the expansion of industrial hemp production for commercial purposes," which would go far beyond the pilot projects. Conway also will contact federal border patrol entities on behalf of the Commonwealth of Kentucky to legally import seeds to grow hemp.

"I appreciate Commissioner Comer understanding the concerns of law enforcement officers and ensuring that any future expansion would address their concerns," Conway said in a news release. Comer said Friday that his office has been working with Conway on structuring pilot programs that ensure compliance with the parameters outlined in the federal farm bill. Comer will outline the pilot projects on Monday at an event on Appalachian agriculture initiatives in Knott County with U.S. Sens. Mitch McConnell, R-Louisville, and Rand Paul, R-Bowling Green. Paul has been a longtime supporter of legalizing industrial hemp; McConnell inserted the language into the federal Farm Bill allowing the pilot projects.

Comer said the pilot projects will be located in diverse areas of the state with different university affiliations and research focuses. "The cooperation between agriculture and law enforcement is a critical element of moving this industry forward," Comer said. "I appreciate Attorney General Conway's willingness to open the lines of communication and help us overcome the legal obstacles to this new market for Kentucky farmers." Comer campaigned for the passage last year of Senate Bill 50, which allows Kentucky farmers to grow hemp once federal restrictions are eased. There are no plans yet to license full-scale hemp production in Kentucky, but Colorado has begun issuing hemp grower licenses. 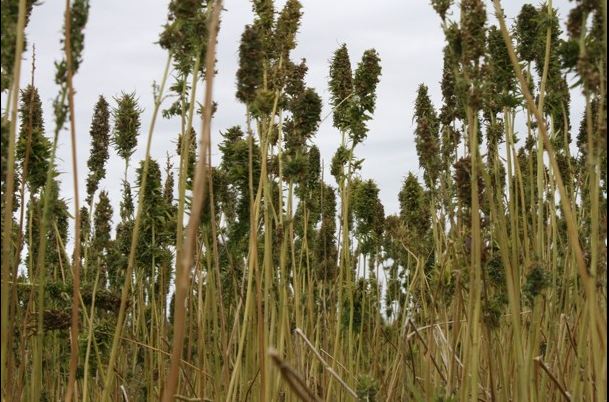