The Board of Supervisors Tuesday unanimously adopted an ordinance prohibiting the establishment of a marijuana dispensary in any zoning within the county.

That night, the City Council also adopted an ordinance banning marijuana dispensaries in any zoning. The council's vote was 3-1 with Councilman Dave Linnet opposing the ban. Councilman John Leach was absent.

"I opposed the ordinance because I feel it is too restrictive," Linnet said after the meeting. "I had been under the impression medical marijuana users in the city could join a cooperative elsewhere and have the marijuana shipped to them. This ordinance disallows that option."

Linnet's concern falls under the ordinance's medical marijuana dispensary definition, which reads, "Mobile Outlet - the transportation for the purpose of distribution or delivery of medical marijuana by any means."

City Planner John Stoufer explained that definition does include having marijuana mailed or shipped into any zoning in the city.

Ken Prather, former owner of a medical marijuana dispensary in Corning, took offense at the city's use of particular terms and definitions in the ordinance. Prather, and his family, operated the dispensary, Tehama Herbal Collective, from the summer of 2009 until it was closed by court order in November.

"This ordinance does nothing to stop illicit sales and trafficking of marijuana," he said. "We just want safe, legal access (to medical marijuana) and I believe there are zones in this city that would work."

The city has been working on a permanent dispensary ordinance since it adopted an urgency interim ordinance banning marijuana dispensaries in August 2009.

In February 2010, the council adopted a medical marijuana cultivation ordinance that regulates the growing of pot for medicinal use within city limits.

Defining what marijuana dispensary, the ordinance states it as a facility or mobile outlet from which marijuana is made available, cultivated, sold, given, distributed or otherwise provided by or to four or more persons, including caregivers.

City Attorney Michael Fitzpatrick said the state has left the matter of marijuana dispensaries up to local jurisdictions without providing any strict guidelines on how to decide the issue.

"There is no law that says we can't ban dispensaries. Each community has to do the best it can," he said.

Prather said he feels the ordinance will make the cultivation, use, and dispensing of marijuana incollectives, take place in residential homes where children will have more access to the drug.

"Is that what you want?" he asked the council.

The ordinance does allow a collective of three or fewer people to meet or congregate for the purpose of providing medical marijuana to the collective.

"With just three people being able to meet, that would mean two couples couldn't (be in a collective) together," he said.

Shirley Davies of Corning said the need for two couples to be in a collective sounded "kind of fishy" to her.

Those in opposition to the ordinance tried to speak over her to such an extent another person in the crowd, Jerry Lequia, asked them to please be quiet so he could hear what Davies and those on the City Council had to say.

John Elko of Red Bluff told the council he feels the campaign of medical marijuana being needed for the infirm was a total ruse.

"Money, money, money," he said, "that is what this is all about. Profit is the name of the game."

Referring to News and Review magazines from Chico and Sacramento, he showed the council how extensive medical marijuana dispensary advertising had become, and said that in some communities, dispensaries are advertising on television.

"This isn't about medicine, it's about money and recreational use," Elko said.

Jesse Lopez of Corning questioned the council on how compliance to the ordinance will be policed.

"It is almost impossible to enforce," Mayor Gary Strack said.

Violation of the ordinance is designated a "public nuisance," and enforcement comes through abatement procedures, which could lead to citations and fines, according to the city ordinance.

Planning Department, including the name of each qualified patient or primary caregiver who participates in the cultivation.

"This will help us to enforce the collectives," he said. "If we see a medical marijuana patient associating with more than one collective, we will know they are in violation."

City Manager Steve Kimbrough said another way of enforcement is through complaints filed by citizens if they have a neighbor or know of someone violating the ordinance.

Councilwoman Darlene Dickison said she has nothing against the legitimate use of medical marijuana.

"I would never do it, although I have a condition that would allow it. I don't feel it is in the best interest of the city to allow dispensaries," she said.

The mayor said the ordinance banning dispensaries is the best solution for the city at this time.

Following the vote, many walked out of the meeting voicing their objections to the vote.

Linnet is hopeful the subject will be brought before the council within six months.

"Then we can assess how things are going and whether we need to make any changes," he commented. 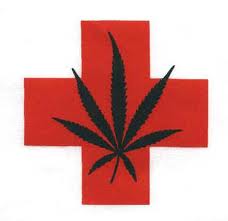 How can these petty county's create laws that are against a state law to begin with. These types of activities at the city or county level must be stopped by the courts. Especially in California!!!! RD :bigtoke

Rules Of Medical Pot Under Review