A government-owned banking system in California could be the answer for cannabis businesses struggling to open bank accounts and pay their taxes.

This is just one of several proposals being presented by California Treasurer John Chiang to help legitimize the state's cannabis industry from a financial perspective.

Chiang's recommendations were developed in partnership with a cannabis working group organized by his office last year. The group was made up of public officials, bankers and cannabis companies with one goal in mind: to find a way around the financial difficulties of doing business in an industry that's still considered federally illegal.

While guidelines suggest banks can accept money from cannabis businesses, most financial institutions refuse to do so as they answer to federal regulators and cannabis is still an illegal substance under federal law.

Chiang — who is running for governor of California — and his group offer four recommendations aimed at tackling the issue, which forces those in the industry to conduct cash-only business.

One recommendation is that the California government consider creating a public bank, which could provide financial services to cannabis companies and present an alternative to Wall Street institutions. Chiang said he and the state attorney general's office will soon launch a study on the feasibility of this option.

Another recommendation is that government officials hire armored car services to pick up tax payments from cannabis businesses. This would help local agencies collect tax payments and reduce the risk faced by business operators who are used to transporting tax payments in cash. That cash could then be deposited at banks on behalf of the state, not the cannabis businesses, Chiang says.

The report also recommends the state and local regulatory agencies make information about cannabis businesses available to financial institutions. That way, banks could rest easier over the prospect of working with them.

Finally, the report recommends creating a consortium of state and local governments where cannabis is legal to lobby the federal government for regulation changes.

"A definitive, bulletproof solution will remain elusive" without federal deregulation of cannabis, Chiang said at the news conference where these recommendations were presented. "That is not an excuse for inaction." 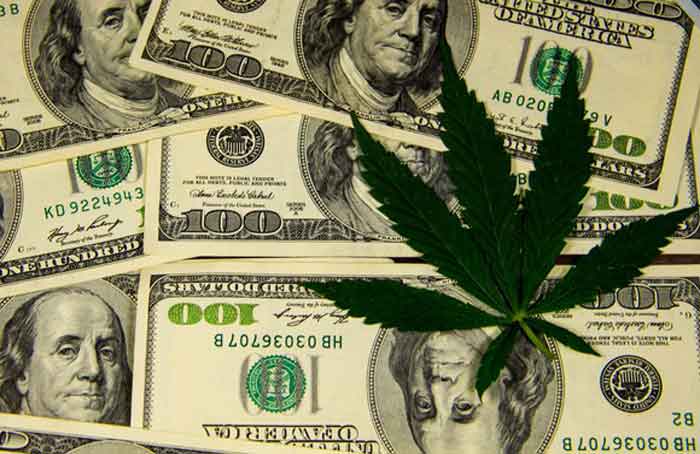