Could it be Hemp

Hi guys, I know this is probably a dumb question ;-) My plants are about 10 weeks now, growing outside I separated the males from females and the male has all the seeds but the females "I have 4" not one has even the beginning of a bud. Is it possible I could have been growing Hemp seeds? I'm in an Illegal State which is crazy and not fare at all. I ordered and got 4 seeds from Attitude but they died so I had my daughter to get some from a friend, he gave me a bunch at @ 50 or so, I just threw a few of them in the yard and they grew quite well, they must be Sativa, they are about 5ft tall, definitely female. Anyone know how to tell the different in the two plants i.e. Hemp/Marijuana? I 'm trying to grow marijuana for the oil, I have a heavy history of Alzheimer's and I'm worried I may develop it sense I've been a little forgetful and I'm beginning to get scared and sense it's illegal here and if I need to smoke/vape it I'll have it. Thank You ;-)420 Magazine ®

The Mission of 420 Magazine
Forum Guidelines - Please Read Before Posting
How to Grow Marijuana - Everything You Need to Know!
How to Ask for Grow Support
420 Sponsors
Medical Marijuana
More Great 420 reference Links
G 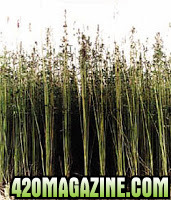 A question about pollination for seed production