Marijuana is touted as a treatment for chronic pain, multiple sclerosis and anxiety and some say it may be a way to help alleviate Massachusetts' opiate crisis. But that idea is causing some tension in the addiction treatment community.

A Less Potent Alternative?
Shelley Stormo is a clinical psychologist at Gosnold, the largest addiction treatment facility on Cape Cod. She has secured provisional approval to open a medical marijuana dispensary in Fairhaven called Compassionate Care Clinics, and the state is now verifying her application. Stormo hopes by this fall, she'll be able to help patients avoid opiates by using marijuana. "I'm changing my efforts a bit to really focus on how to prevent addiction," Stormo said. "Through offering the medical use of marijuana as an alternative to potentially much more harmful and deadly opioids."

Stormo says marijuana is safer for several reasons. "Marijuana does not have the physical addictive components that opiates do," she said. "It does not have the propensity, as opiates do, for overdoses. There's no documented death by overdose of marijuana." Although Stormo does not advocate using marijuana to treat addiction, other medical marijuana professionals say the so-called gateway drug may one day be used as part of an exit strategy.

Most of the studies Agustsson is referring to are surveys or small trials, not fully randomized, controlled studies. Agustsson says he is not currently using medical marijuana to treat someone who is addicted, but he thinks marijuana might eventually become a new frontier in addiction medicine. "Plenty of patients that have come to me have already stated that, 'if I use the cannabis, I'm not going to go to these other substances like alcohol or benzodiazepines or opiates,'" Agustsson said.

A Risky Move
Other doctors, though, say the research is too preliminary. "I think it is very, very risky to try to replace one harmful, addictive substance with another harmful, addictive substance, and I think that is not underscored enough when people talk about marijuana," said Dr. Kevin Hill, an addiction psychiatrist at McLean Hospital. Hill says about 9 percent of adults and 16 percent of adolescents who use marijuana become addicted. He treats patients who are addicted solely to marijuana Hill does not believe that medical marijuana will make a major dent in opiate abuse because, he says, there are too many other factors involved in addiction.

That's part of the reason why Shelly Stormo's colleagues are so concerned about her plans to leave her job at Gosnold if the state approves her medical marijuana dispensary. "There were a lot of people concerned, who were shocked by it, because it seemed such an opposite value to what you usually talk about in addiction services," said June Duarte, who was an addiction counselor at Gosnold. "And that's no substances – abstinence, sobriety, recovery." Duarte recently quit her job at Gosnold partly, she says, because employees were getting involved in medical marijuana. But Stormo says what she's interested in is helping people with a range of medical conditions.

"There's not a conflict for me internally," Stormo said. "I can certainly see why people do not understand this and are fearful. Once people become informed and perhaps talk to individuals who have benefited from the medical use of marijuana, I believe people will understand." In addition to concerns about Stormo's dispensary, there's been criticism of Gosnold president Raymond Tamasi's planned role with the company Medical Marijuana of Massachusetts. Headed by former U.S. Rep. William Delahunt and provisionally approved to open three dispensaries in the state, Medical Marijuana of Massachusetts hired Tamasi as its addiction prevention director. Tamasi says he would have provided community education about substance abuse and directed his $100,000 annual salary from the dispensary to Gosnold. But because of the outcry, Tamasi decided against accepting the position. "My involvement began to be a significant distraction to my primary interest and goal, which is how do we get this opiate crisis under control," he said. And the debate will likely continue over whether medical marijuana may someday become a way to do that. 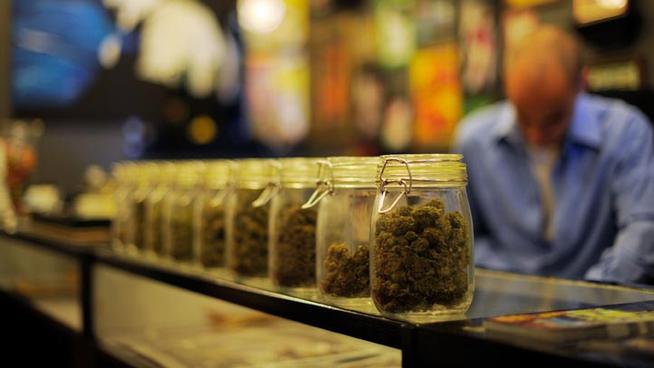 Other doctors, though, say the research is too preliminary. “I think it is very, very risky to try to replace one harmful, addictive substance with another harmful, addictive substance, and I think that is not underscored enough when people talk about marijuana,” said Dr. Kevin Hill, an addiction psychiatrist at McLean Hospital. Hill says about 9 percent of adults and 16 percent of adolescents who use marijuana become addicted. He treats patients who are addicted solely to marijuana Hill does not believe that medical marijuana will make a major dent in opiate abuse because, he says, there are too many other factors involved in addiction.
Click to expand...


Sorry, this statement is BS pure and simple. One is physical addiction and MJ is mental. Also stating replacing one with another harmful addictive substance is in the same classification as BS. The last statement could be true for the simple fact of morphine addiction is one of the worst to give up. Please explain the harmful side effects of MJ?

It has been reported that about 9% of marijuana users will become addicted, which is the percentage of the population who would become addicted to any substance. Of course, we all know that most other substances have an addiction rate that is much higher than pot. And I would argue that the likely addiction rate for marijuana is more like 3% or 4%. So, out of this small percentage of people so afflicted, what percentage will obtain successful treatment?

What is the success rate of abstinence-based programs? Is it higher than the placebo effect?

Face it, programs based on abstinence do not work for most people. This fact has been proven over and over, not only for the disease of addiction, but for simple things like teenagers having sex. It has more to do with all of us being human, than most of us being unable to say "no."

Now, what is the success rate for addiction management programs that do not require abstinence? Much higher than both abstinence-based programs and the placebo effect.

The "addiction medicine" specialty -- hard to have credibility as doctors when you advocate for treatment programs that usually don't work.